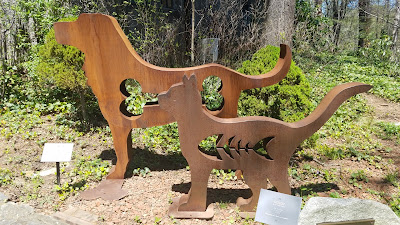 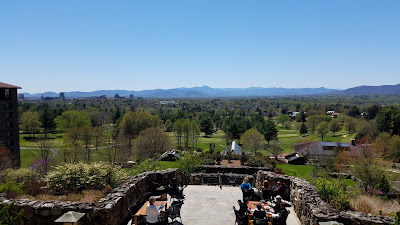 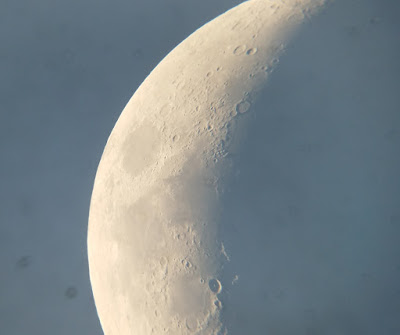 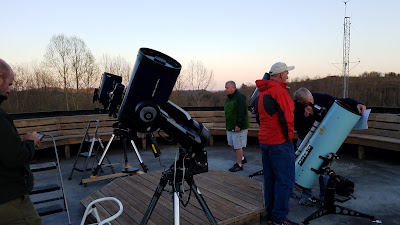 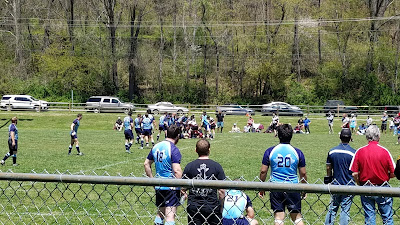 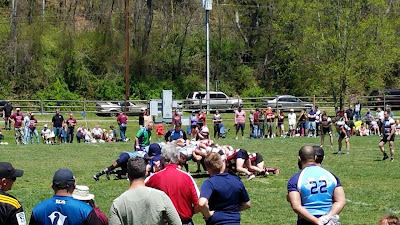 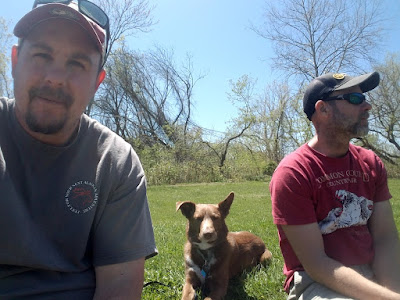 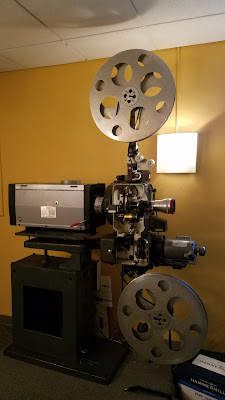 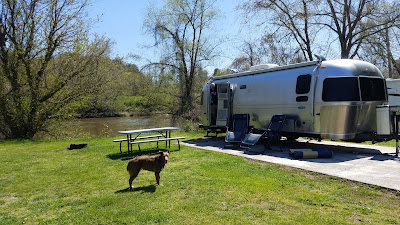 Here we are back "home" in Asheville one of our favorite places in the eastern US.

We snagged a lovely river front site at Wilson's by far our favorite of the 3 in Asheville campgrounds we've tried.

It wasn't a long drive but we ended up stretching our legs with a long walk on the river to the fancy new New Belgium Brewery. 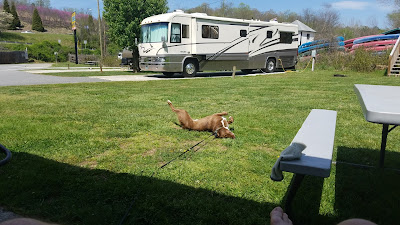 Tucker loved the nice long walk and did his happy dance in the sun at our camp sight.

As a rule we always hit Biscuit Head for breakfast when here. And also took a long walk around funky West Asheville. 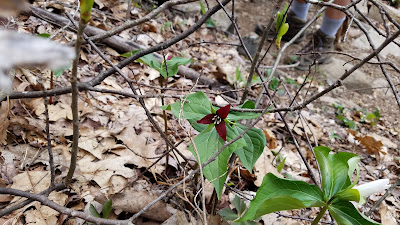 We spent the next day our in Montreat east of Asheville. Montreat is a tiny town tucked up on the hills of the mountains.  There is a retreat center and college there and some nice hiking. 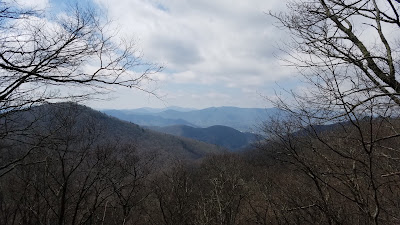 We did a nice hike and were rewarded with some good views. 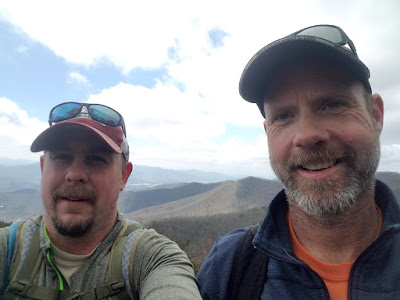 As with any good hike we headed to a coffee shop for treats and ice coffee afterwards. 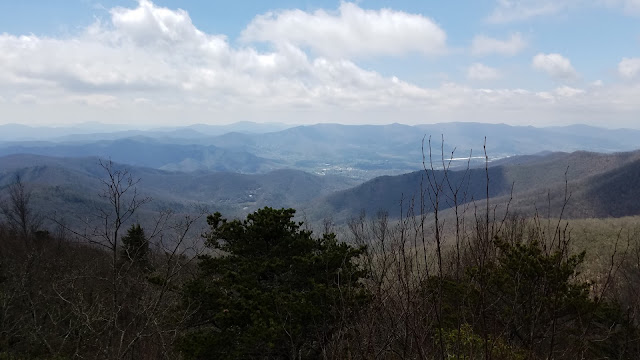 On to Colfax, NC 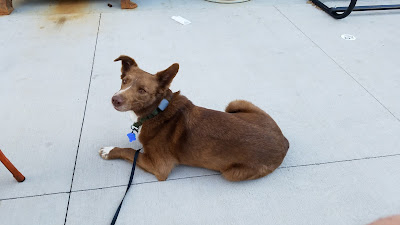 From NY we stopped a night at a Walmart in Lancaster PA to visit my brother and his wife.  And then on to another Walmart in VA. 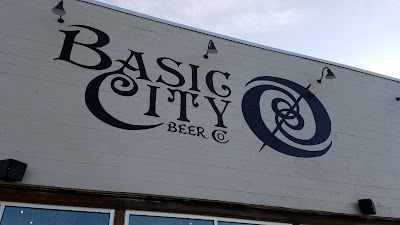 The drive wasn't too long so we had plenty of time to checkout a local brewery for some outdoor beers.

It is amazing but just a couple days of driving really gets you from so so weather to much nicer weather. 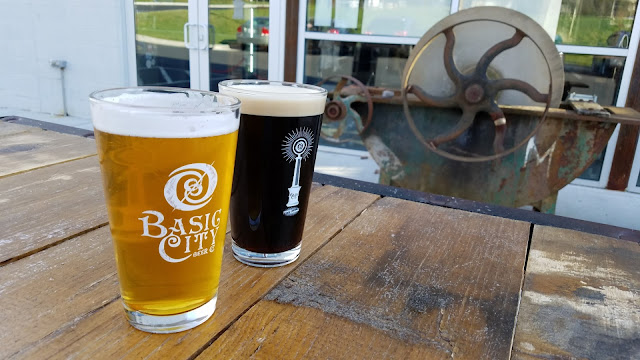 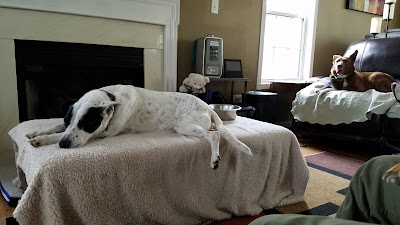 Our next destination was High Point NC.  Luckily we have some friends down here so we can "camp" in their yard and visit with them for a few days while the trailer gets worked on. Tucker is loving it as Maggie (above) and Hannah (left) have a great fenced in back yard to play in.

The trailers braked checked out good and some other little things got fixed.


I forget there were a couple other things fixed as well as a brief discussion of the cost to get a bigger AC and replacing the Convection Micro with a real propane oven/stove combo.  They didn't really tell me anything other than the price of the actual parts which doesn't really help if the installation costs a lot.

The repairs took 2 days but really I think they could have been done in 1. The price was very reasonable as it didn't really include 2 days of labor.
Posted by Brian Ciemian at 11:02:00 AM No comments:

We're off on a short repair trip! 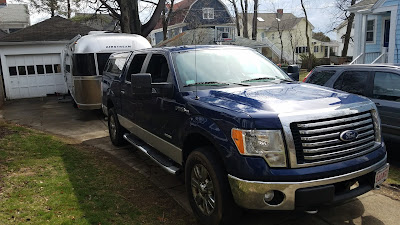 Time to get the trailer on the road for it's first journey of 2018!

The main purpose is to stop at Out Of Door Marts to get the brakes inspected and some other repairs.

OODM impressed us when we stuck on the road with our botched Water tank replacement so they earned our business. 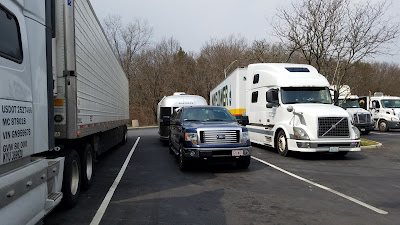 It feels good to be back on the road. We totally motored home from our last journey but that turned out to be a blessing as we had a water leak at home less than week after getting back.

Had we not we would have come home to a huge mess. 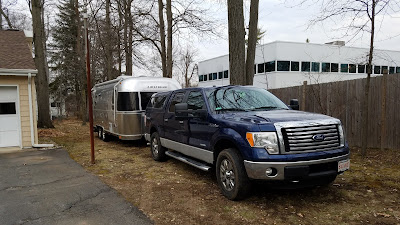 Fist stop was at my parents place in NY. For a change we backed into the side yard.

This was much quieter than when we park on the front lawn. And close enough to an outlet to plug in. 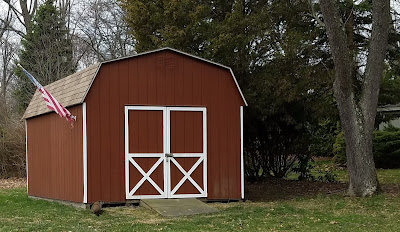 We took a long walk around the neighborhood and Tucker went bonkers for this little guy.  I think he almost broke the leash.

Can you see him about to crawl and hide under the shed.

As always we look forward to getting out of the croweded fast roads of the New England and Tri-state area. Towing is always more relaxing once we do.
Posted by Brian Ciemian at 10:42:00 AM 9 comments:

After Yellowstone we totally motored home. We drove almost everyday for over a week pulling around 300 miles a day (That is a lot for us even it doesn't sound like it).