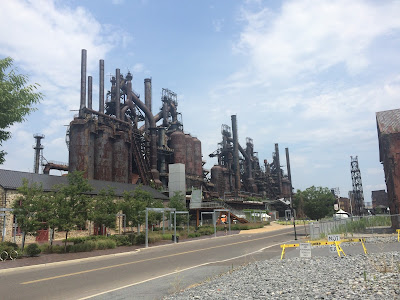 PA was the land of Coal and Steel wayback in the day. We have previously visited a coal mine here so this time we explored Steel.

This area of Bethlehem was a big set of steel stacks where steel was produced. It is right on the river (Next to a newer Casino which we didn't visit) and has be re-vitalized as a park and an outdoor concert venue. 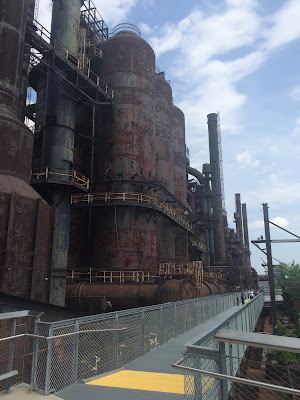 The Stacks themselves are huge and almost an unimaginable scale. A railway serviced the stacks bringing materials in and out of the furnaces. Like NYC's Highline park they build a walkway on the elevated train tracks.

It was really really hot that day and the sun was brutal. But we persevered and learned all about what a horribly uncomfortable place it was to work, yet for some reason people still want to bring these jobs back to the US.

Opps not going to get into that here. 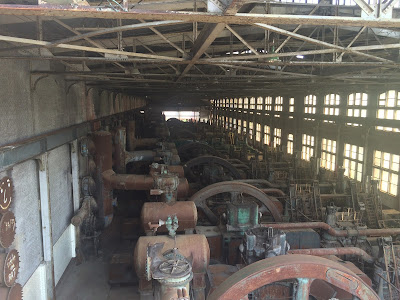 Steel was produced here until about 1995 and was used to build everything from cars and warships to skyscrapers. 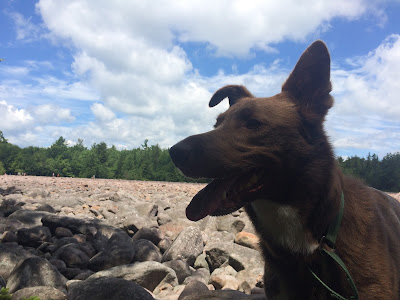 The next day week took a nice hike out to a Boulder Field.  It is a really odd place where you hike through the woods for a few miles and come to a large field of boulders completely out of the blue.  Surrounded by nothing but forest.

It was created by glaciers repeated freezing and thawing leaving the boulders behind. 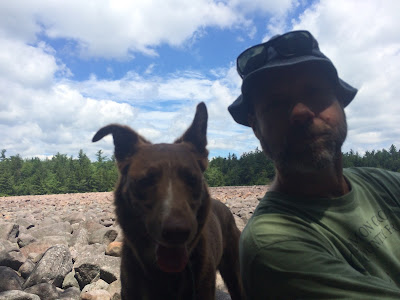 Even Tucker found it hard to walk on the boulders and again it was crazy hot. We found a shady spot to eat some lunch and relax.

It is part of Hickory Run State Park which is pretty big and has a bunch of different hikes to be explored.

Amazingly on this hike I some how dropped a wad of cash on the way in. And although we saw 5 or 6 other groups of people hiking I somehow stumbled on the wad on the way out excited I found money... then realized I found my own money!
Posted by Brian Ciemian at 11:07:00 AM