A hike in Harpers Ferry 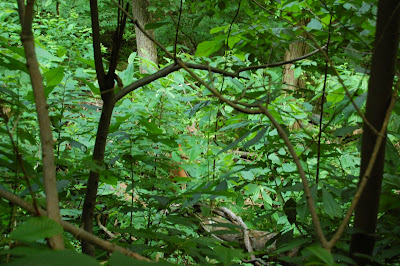 We are hiking a 8 mile loop that starts right in Harpers Ferry follows the AT and then loops around another trail to several viewpoints over the river.

We spotted this deer early on in the hike. Actually we saw way more deer just trotting around Harpers Ferry when we were walking around yester. 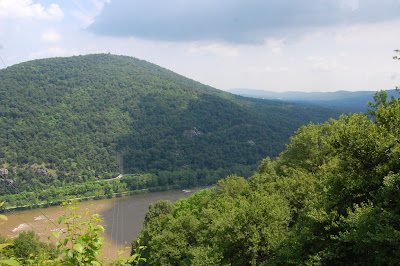 This was the view from the first viewpoint. 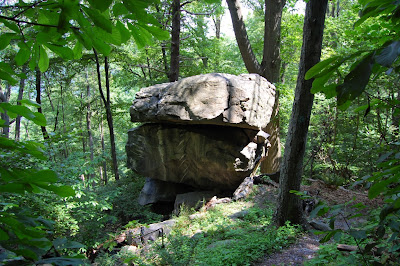 The main destination of the hike was called split rock. At first we thought this was it but it wasn't. 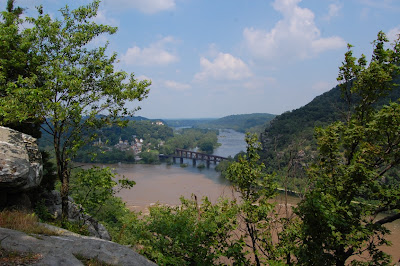 Now we made it to split rock it is actually a lot better view than in the trees. It is a big rocks outcropping one of which is split and "hanging" off the face. 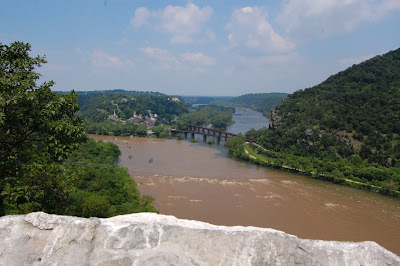 That is Harpers Ferry, you can see it is just a little tiny town. 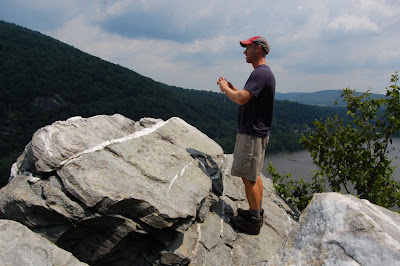 You can see will standing on the other side of the split but it isn't really impressive from this point of view. There was no good way to get a picture. 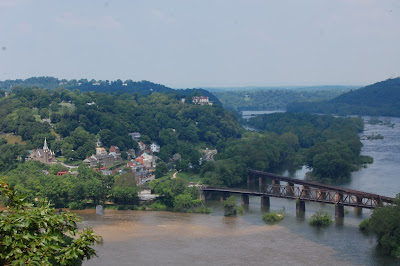 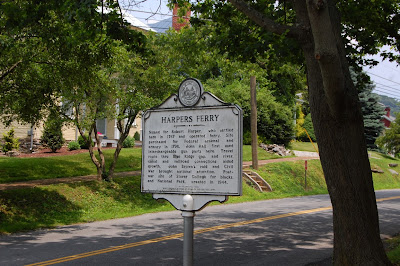 We hiked back to town and found an ice cream place to celebrate finishing the hike. Not that it was a big deal but any excuse for ice cream is a good one. 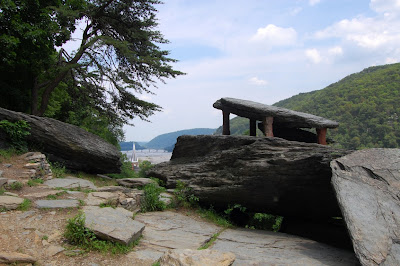 We did a little more walking up here to Jefferson rock. IT is now supported by those pilliar but it used to just hang there and Jefferson thought this was a special place. In his day they say the rock hung there and could be rocked by a person.

It was a good short visit in Harpers Ferry, the weather is about turn bad for a couple days so we are moving on. Riding some the canal bike trail would have been fun but high winds are coming and the campground suggested we at least move out from being camped under the trees before it hits.
Posted by Brian Ciemian at 8:57:00 AM