OK time for a real trip.  I am not counting the initial pickup since we only went one-way trailer. For this trip we are a little more prepared and have some additional equipment with us.

Where to? Acadia National Park in Maine. While on the trip to NJ to pickup the trailer I made reservation for 4 nights at the Narrows Too Campground in Trenton ME. It is across the causeway from Acadia NP but it is right on the water and had openings most importantly. 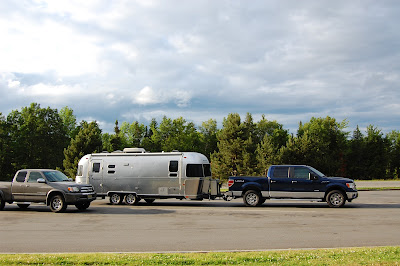 We packed and hitched the trailer after work (Thursday) and set out for a nice long weekend.

Here is nice picture of the truck and trailer at a rest area. It is really strange how sometimes the trailer looks bigger and sometimes it looks smaller.

I think it looks big in this picture. 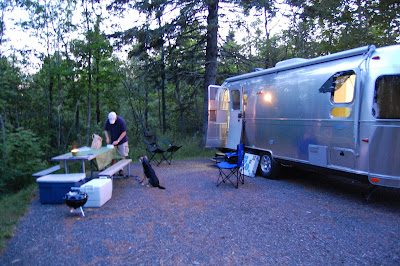 We got in on the late side after the four-plus hour drive. Luckily we still had enough time to get settled before it got dark.

We didn't splurge for a site on the water but we were only 3 sites away from the water (for 1/2 the price).

The site was actually one of the larger ones which is really helpful for trailer backing up novices! It was also very level the trailer was parked and camp was setup in no time.

Here is one of the pieces new equipment! A Weber Smokey Joe Silver Charcoal Grill, it was the first thing we setup as we were hungry for Dinner.

It is just about the right size. I own a full-size Weber but that would be too much to haul along with us. We probably need to find a propane grill option as well to make sure we can cook outdoors even when there are fire restrictions.

Our site was missing a fire ring, but we later stole one from an empty site.

Well the first few nights in the trailer sure went fast, we packed in a lot of fun too, but it was time to break camp and head home. It was going to be a long drive at about 375 miles. Lucky for use we had a stop to make  in NY on the way home to show my parents the trailer.

Breaking camp for the first time was interesting and a little stressful, you don't want to screw up and break anything. We diligently packed everything up in the trailer and made sure to disconnect everything, and set to lining up the hitch and ball on the truck to reconnect the trailer. This like driving also turned out to be pretty easy, we remembered how to reconnect the load balancing hits and were ready for our next adventure.

Although we had only stayed in the trailer for 3 nights we did um use the facilities. That meant we had to dump our waste for the first time. For many non-RV's I think this sounds pretty disgusting, actually up until I actually did it I thought it would be too.  Really is isn't too bad there is hardly any smell and it was over pretty quickly (although again only 3 nights in the trailer meant there wasn't all that much to dump). 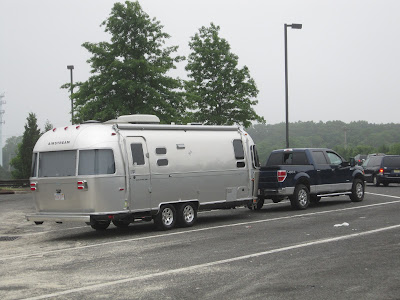 Anyway more on that later, we have 175 miles to drive to my parents house in New City, NY.

Here is a nice shot of the trailer and the truck parked at a rest area of New Jersey Turnpike.

We stopped for a bathroom and snack break, normally we would have been able to use the bathroom in the trailer but we had already dumped and had no plans to hit another dump-site on the way home.


The drive went pretty well, it was twice as long as our previous drive, and a lot more congested. Specially up near the NJ / NY border. There were some portions of the road I was pretty sure didn't allow trailers in tow and so ended up in some heavy traffic on Route 17. Don't even get me started on how it took 20 minutes go get back into the bumper to bumper traffic on Route 17 after stopping for gas.

Without any problems we pulled up onto my parents front lawn with the trailer, I had no choice but to pull directly across the front lawn, the driveway is way too small and there was no way I was going to back in or out of it. Spent the night at my parents, they were excited to see the trailer and a little worried I think. 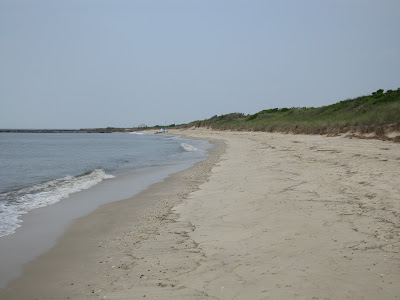 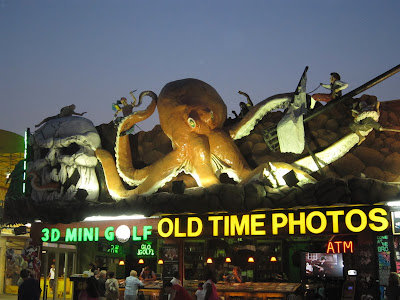 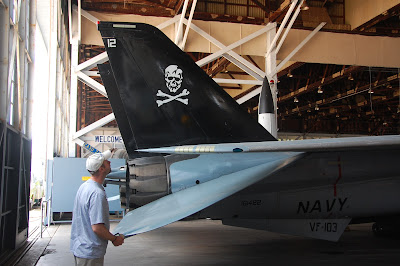 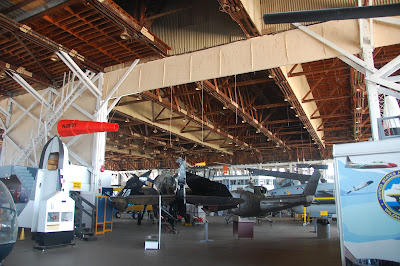 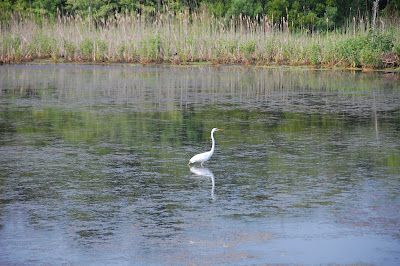 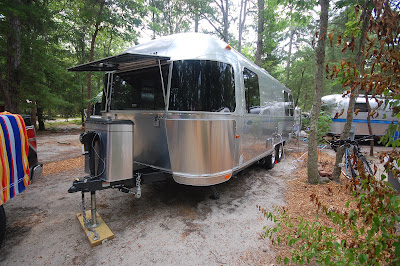 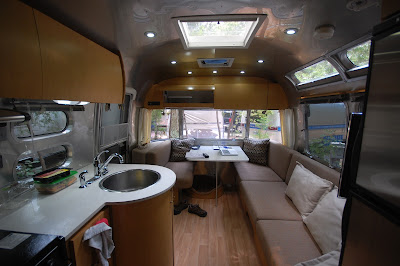 Time to pick up the baby!

Finally time to pickup the trailer!

The trailer is at Colonial Airstream in Lakewood, NJ almost 300 miles away from home. Since that was a long drive we planned with the dealer to drive down and spend the first night in the trailer on the dealers lot. 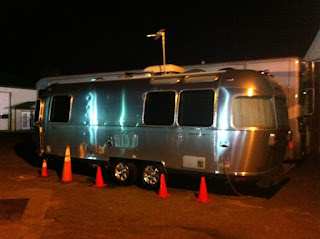 They hid the keys in the propane tank housing, filled the fresh water tank with some water, and connected to the power. It was a really hot weekend so they left the AC cranked. We pulled into Lakewood pretty late, grabbed some Ben and Jerry's and got to the trailer about 11pm.

We enjoyed the ice cream, put away some stuff and checked out the trailer. After a good nights sleep Brian, our salesman, came knocking on the door at 9 AM. We had the first appointment of the day.

Brian spent the morning showing us all sorts of information about the trailer, there was a lot to take in having never had owner any kind of trailer before. While we learned about the trailer our tech Kevin go busy setting up our hitch. To have the best experience towing we had load balancing and anti-sway installed. It is a lot like this one:

Learning to hookup and disconnect the trailer from the truck was probably the most complicated thing we had to learn and kind of an important one. Specially when you are dealing with something a heavy as the trailer which is on wheels and can roll. We practiced this a couple times before moving on to a quick driving tutorial. Kevin was really patient tech and answered all the questions we had.

After that we were ready to hit the road! We had about an 85 mile drive to Jersey Shore Haven and all Airstream Campround near Cape May, NJ. Before we attempted that we drove a few miles to a local minor league baseball stadium with a big empty parking lot for some driving practice!