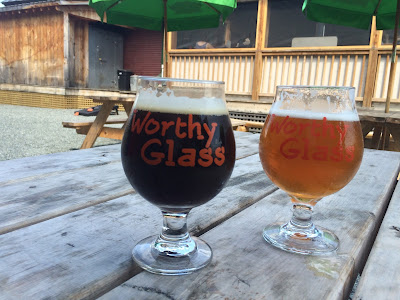 Aaaaah this beer tasted so good! Why?

Because we heading to VT with a FULLY Functional Trailer!

We stopped here at Worthy Burger in South Royalton VT for a walk, beer and lunch! They make delicious beer and burgers I highly recommend it if you are in VT. 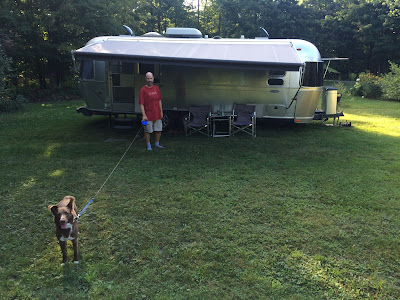 And it is good that we have a fully working set of tanks because Allis State Park where our friends are getting married and we are camping has no hookups at all.  It is a very pretty park and the sites are huge. They are also very free form so you just pull up wherever you want in the general area of your site. 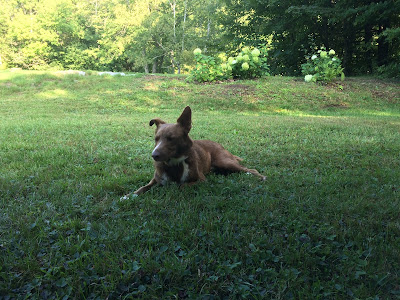 While we got setup Tucker announced that he like the place by rolling all over the grass.

Walking around the camp we were parked next to a cool VW Camper that the owners had only recently purchased. It was great but they clearly weren't experienced RV'ers. 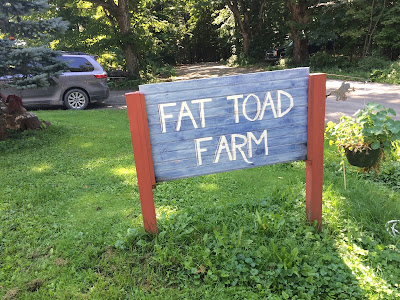 On the other side of us a few sites down a nice old couple was camped out and we got talking and many years ago they were actually responsible for developing the camping at this park.

They did a great job laying out the sites it sounded like a labor of love on their part.

The wedding was in the evening so we did some touring around. First stop was Fat Toad Farm which produces Goat Milk Caramel. (It is Christopher Kimbal's favorite and you can get it in Whole Foods). We were greeted by a pack of friendly dogs. Sadly they don't raise goats anymore they just buy goat milk from nearby farms.  Still we sample the Caramel and bought a few jars. 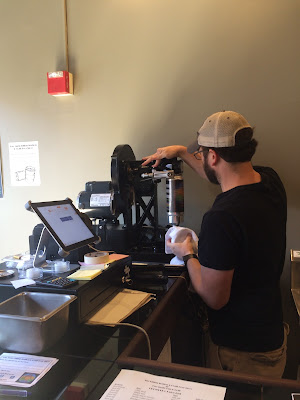 We also stopped to take a walk around Randolph VT the nearest little town to our State Park.

Best place we stopped was the Filling Station, the have a lot of beers on tap and will fill a 32 oz can and seal it up with the brew of your choice.  We've never seen the canning machine in action and this one is pretty cool. It was kind of antique-ish.

I've heard from the general beer community that Growlers are dead and these cans seem like a much lighter and better alternative. And they are easier to recycle. 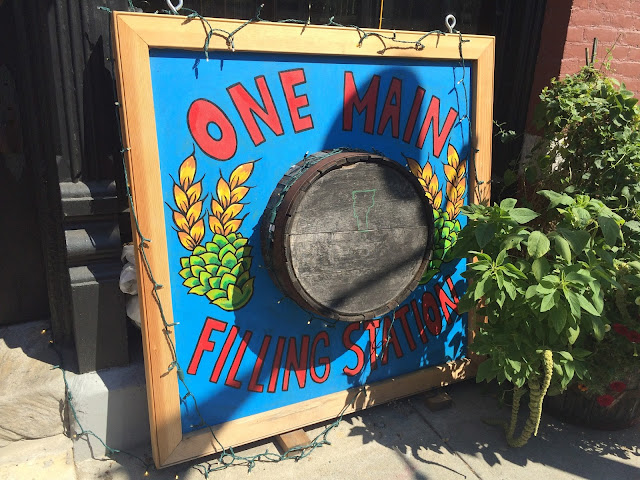