A rough (and frustrating) start! 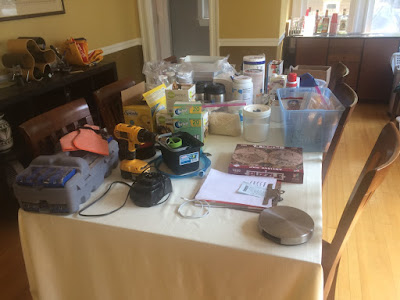 With a busy beginning of May it was kind of a rush job getting ready to head out for a summer trip.

It has also been a while since we packed for a long trip so it is hard to remember everything you need to bring. 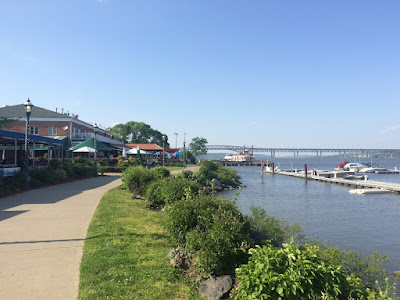 Eventually the minor repairs and packing got finished and we set off.

Our first stop was Newburgh, NY we took a nice but very warm walk on the nice part of the waterfront.

It is the first really hot day we've had this summer of course.

It isn't that long a drive to Newburgh but it is never a good idea to bite off a big first day. 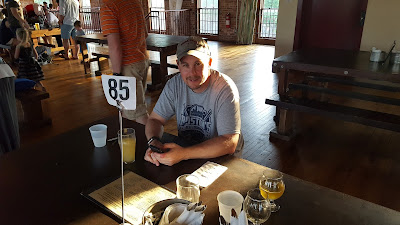 After the walk we found a shady spot to park the trailer and opened the windows and turned on the fans to start cooling it off for the night and we hit Newburgh Crewing Company for some beers and dinner. 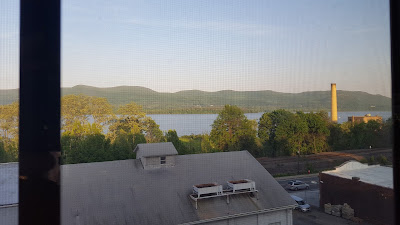 The brewery was pretty cool on the second story of an old mill building. It needed outdoor space so we could bring Tucker but instead had a nice view of the Hudson.

After a relaxing few beers we motored over to the Walmart to spend the night...so far so good... 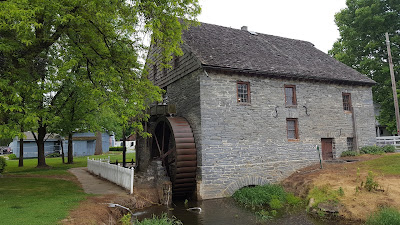 After that things went a little worse. On the drive from Newburgh towards Lancaster PA we heard a strange metalic dragging/dangling noise. At the next convient place we pulled over at a park for lunch I noticed one of the steel straps on the water tank had come un-done and was dangling and one end had worn off. A little crawling underneath and I managed to take off the other bolt and the broken bracked... Well 2 out of 3 brackes isn't bad.  We let out some of the 40 gallons of freshwater just to be safe.  I am sure the crappy Camping World people are to blame.

After that we made it to Lancaster PA just fine. We couldn't stay where we wanted to next to Dutch Wonderland because it was booked up the girl scouts and ended up at a nice RV park with the Water Wheel you see here. It also had a covered bridge.
Posted by Brian Ciemian at 4:04:00 PM