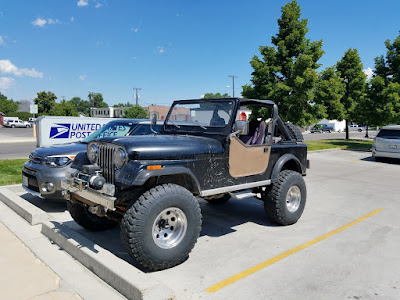 We stopped in a small town for iced coffee and a walk around. They were having a street festival with old cars and stuff.

The old cars out west are amazing, here is another old Jeep I'd love to own. 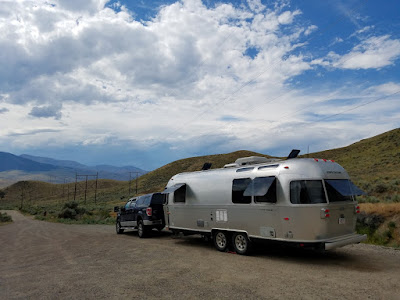 After lunch we continued driving up toward our next stop some BLM Land up a mountain that has a Hot Springs onsite.

After an 8 mile dirt road up the mountain we were there. It was actually a very smooth dirt road. 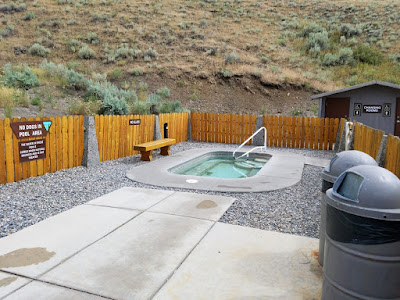 The hot spring goes way back but back in the day it was more rustic. Later it was shutdown for years but has been re-developed and it open again.

With our parks pass it is free otherwise it costs 5$ on the honor system of course it isn't manned.  But there are changing rooms and two tubs like this one. 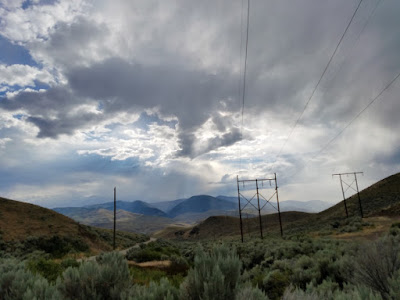 Since we are camping right here we managed to get them to ourselves a couple time. It was a weekend so 5 or 6 other cars of people did pop in now and then.

The view from the campsite was pretty awesome. 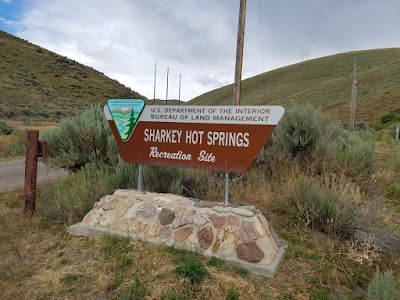 It even has a fancy sign which is out of character for BLM anything.

The dirt road continued over the mountains from Idaho into Montana. A nice woman came over in a beat up old truck camper and told us stories of how she had been here several times over the last 50 years. 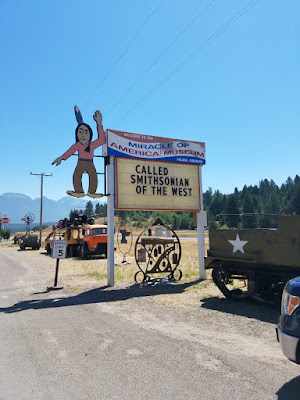 Back on the road the next day we stopped for lunch at this roadside museum. OK it was more of a junkyard organized like a museum.

It was a good way to take a break from driving, the West doesn't have nearly as many quick on the road side type of attractions as other areas of the country.

There is hardly a giant anything (Ball of twine, fruit etc.) to be found. 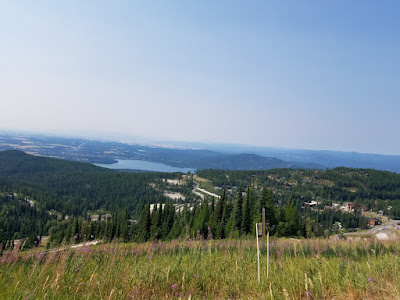 We are staying in Kalispell MT a few days before heading into Glacier NP.

Nearby is Whitefish MT where there is a big skiing mountain. We almost came here last winter to ski but plans changed. 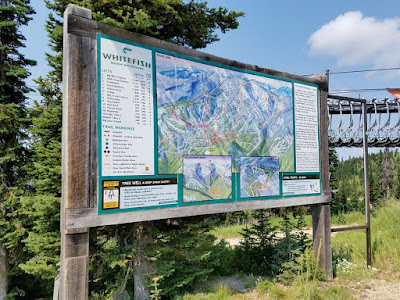 Instead we are here in the summer and hiked to the top. 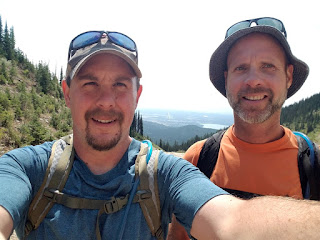