A quick shortcut through Canada 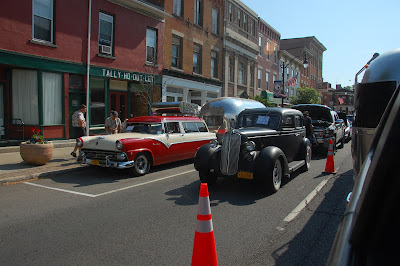 Our day started very early, we woke up and had breakfast in Walmart parking lot and got right on the road. We actually didn't need anything at the Walmart which is probably a first.

Today we opted for taking smaller highways which makes for more scenic and relaxing driving. And brings you though towns like Waterloo where a classic car fair was going on. I quickly snapped a picture of a classic car pulling an old Airstream. 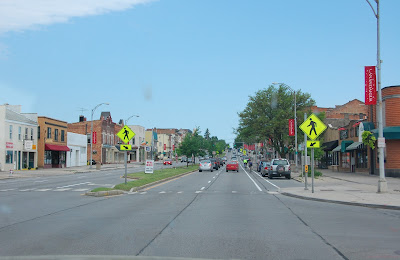 We drove through some other small New York towns. Although we didn't really stop to see anything it is a lot nicer than just whizzing by the freeway.

Today is another long drive day so seeing stuff like this even if we are moving makes it more fun, 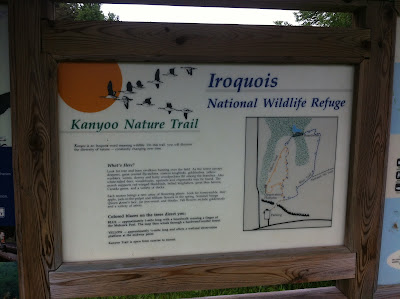 By about 10:45 we had already made some good progress so we stopped for a hike. We we only had to slightly detour to stop at this Iroquis Wildlife Refuge which had a nice couple of trails. 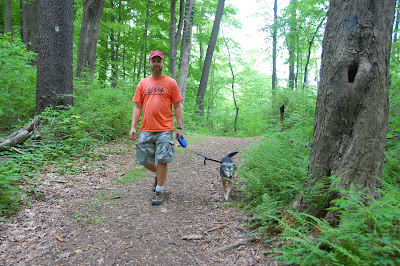 Maxwell very much liked hiking though the trails.

He doesn't love the car like he used to when he was younger. But what do you expect from a 17 year old dog.

The entire trail was under 2 miles and completely flat so it was just about his speed. 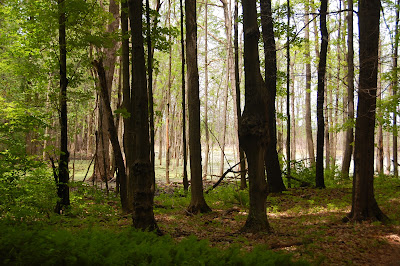 It was very pretty and not nearly as buggy as I had expected. 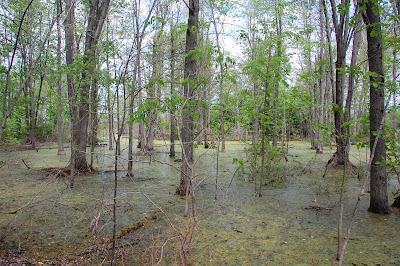 You could hear and spot all sorts of birds and frogs. 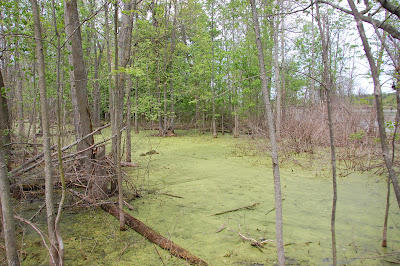 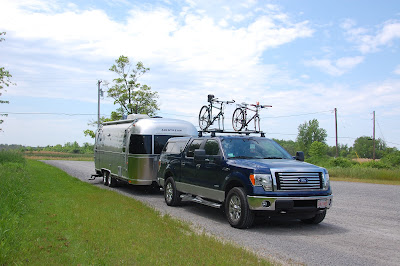 This trail wasn't at the main entrance of the park, but we lucked out it had a huge parking area, so parking the trailer was no problem.

We made some sandwiches and checked out our options for the next place to camp. It will be in Canada as we are going to cross southern Ontario to get to Michigan. 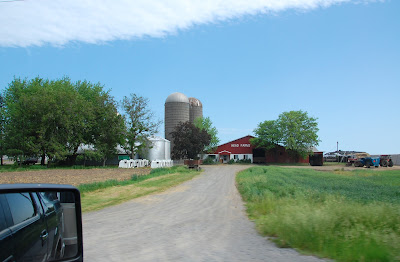 I tried booking a campsite at Long Point Provincial Park but they wanted extra money for doing it online and they were empty so instead we just got back on the smaller highways and continued on our way.

Crossing into Canada with the Trailer and Maxwell was a breeze, actually I think technically we snuck Maxwell in as they had no idea he was in the back seat. 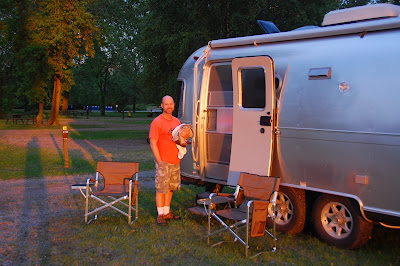 When we got to Long Point there was no attendant but you could pick a empty site and check in the next day. So we picked and empty pull-thru since we didn't plan on un-hitching or anything.

It wasn't too late when we got in and we took showers and made a delicious chicken dinner. The sunset was very nice. 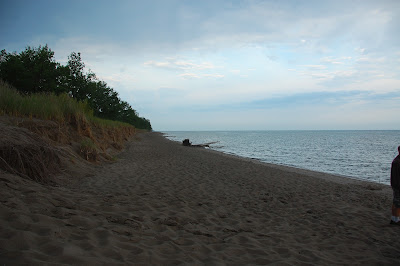 Long Point is a big long sandbar which must be absolutely mobbed in the summer... but was completely dead! Lucky Us.

This beach was a 1 minute walk from our site. It was beautiful not exactly beach weather but hey it is still May. 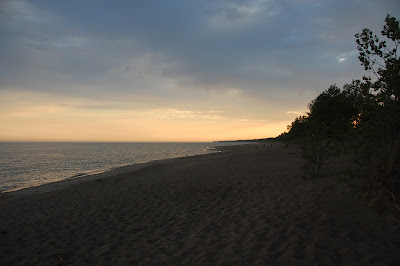 We got a good night sleep and again an early start.  It turned out there wasn't going to be staff at the park till the next day so we didn't end up paying anything for the campsite.

We drove 258 Miles today and used 21.3 gallons of gas for a much improved MPG of 12. This is more in line with our previous trips. I expect it was a combination of flatter terrain and reduced speed.