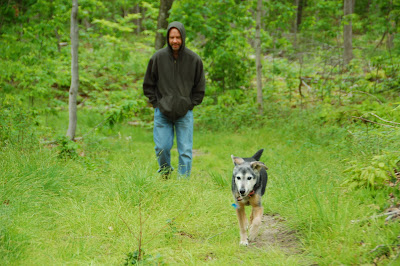 Today was a relaxed day, we took Maxwell out for hike nearby where we were staying. It was called Sand Dunes something or other but actually it was more like a forest.

It was primarily Cross-country Ski trails and we hiked a little over 3 miles. It was mostly flat or it might have been too long a hike for Maxwell. There were lots of deer tracks but we didn't see any. 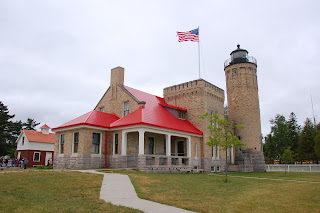 After finishing up the hike we drove back across the big bridge to visit Mackinaw City. Oddly it is spelled with a "w" at the end the way it sounds ending in "maw".  The odd part is that Mackinac Island is pronounced the same way.

We took a quick tour of this lighthouse, with a school group. It was a little crowded when we all climbed an old metal ladder into the top of the lighthouse. The tour guide just stood at the top of the ladder and gave the tour. 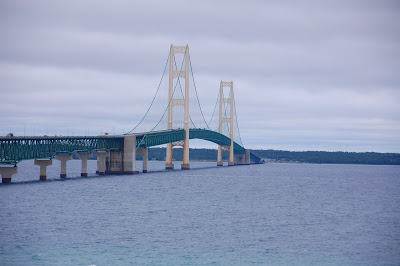 This is the view of the bridge from the lighthouse. 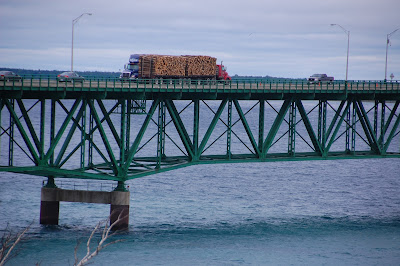 Big logging truck crossing the bridge, I am glad we didn't see any of these trucks when we crossed the bridge. 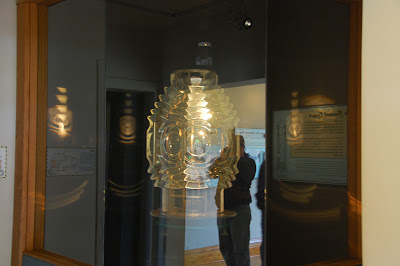 The still have the original lens used at the lighthouse. A tiny kerosene lamp could shine 16 miles when this lens was used.

We are told it is rare that the lens survives when the light houses are shut down because they are either broken up to be re-used or simply tossed out of the light house to watch them smash on the ground. 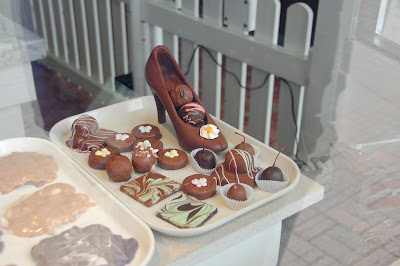 We are lucky it is still pre-season, because Mackinaw City has a Jersey Shore vibe to it. Full of horrible T-shirt shops and junk food. Although this store had some more fancy looking snacks.

There were a couple of interesting stores tucked in between as well. One with a nice dog and cat wondering around. 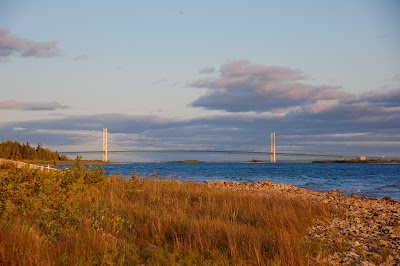 I tried to catch the bridge from our campgrounds beach in the good later afternoon sun, I thought I was too late but it came out OK. Turns out I was too early but I didn't make another trip down.