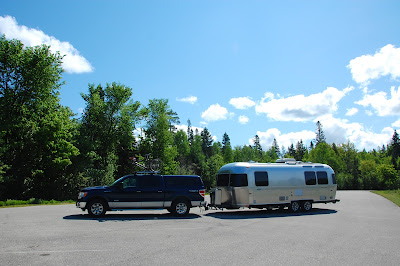 One thing that has been a pleasant surprise is just how easy it has been to pull the trailer into places to do some sight-seeing while on driving days.

Here there had a great RV parking lot at Tahquamenon Falls.  Of course it is still early in the season so most places we go have 1 other RV or none. 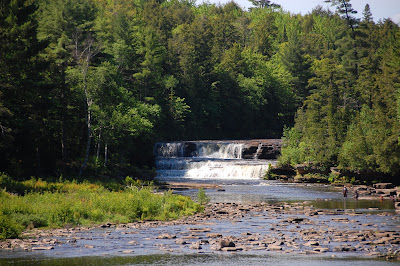 There are 2 sets of falls this is the lower falls which split around a small island. You can rent a row boat and go out to the island but we skipped it. 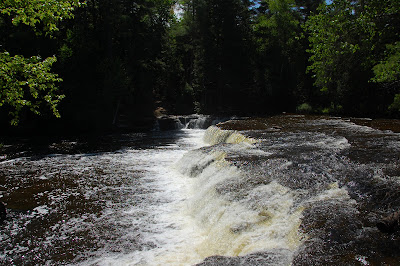 More of the lower falls. Tannins from the trees turn the water brown it isn't muddy. 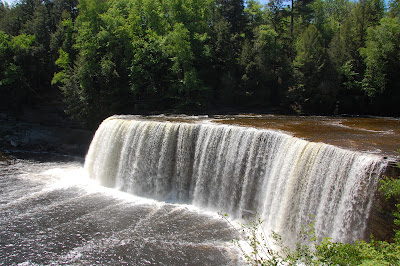 The upper falls were like a mini Niagara. I think they are the second biggest falls or something like that. 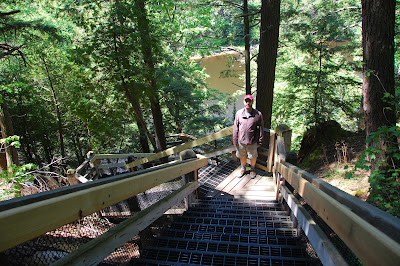 We did two short hikes to viewing spots each of which had stairs, one with 94 and one with 116 steps.

They had signs we didn't count them! 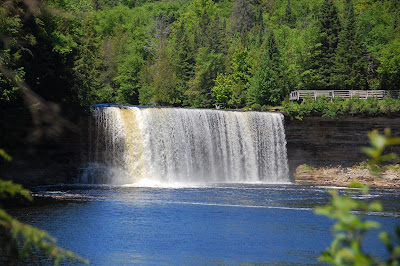 Our first road run-in with wild life. This deer was crossing the highway.

We didn't come anywhere near it but I had enough time (Will was driving) to grab my camera and get a picture of it's white tail as it bolted away.

Pictured Rocks National Lakeshore was something we wanted to see but the boat tours weren't running full schedule yet and we missed the last one. They also ran 3 hours which was was too much time, so we skipped it and kept driving 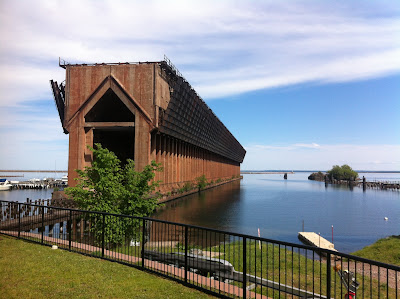 Instead on the drive we came through Marquette, MI it had this cool Ore Dock.

We found a great parking spot in a big parking lot near it and walked through town to get a iced coffee.

Took a spin through Presque Isle Park and then got back on the road. 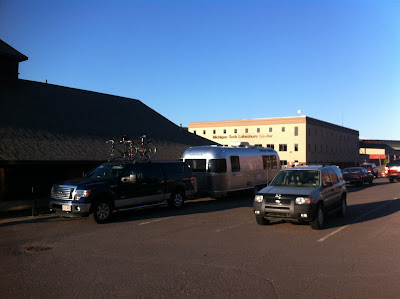 With touring the falls and the stop for coffee and probably another dog walking stop we pulled into Houghton, MI pretty late.

Instead of making dinner we parked downtown (it is a one street town basically) and ate some dinner at the Librewry a library themed Brewery. It wasn't special and is only our 2nd meal out for the trip.

We slept in a Walmart nearby since there was no nearby camping.

Today's drive was only 265 miles, not too bad specially when broken up with things to do.
Posted by Brian Ciemian at 11:38:00 PM