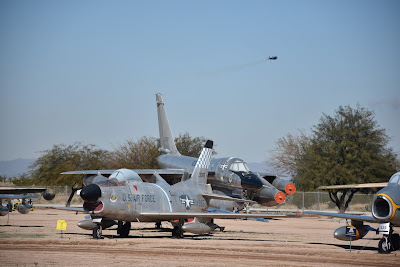 We spent almost an entire day at the Pima Air and Space Museum. The museum itself has over 130 so aircraft on display.

Some are inside and some are outside and it was a warm sunny day. 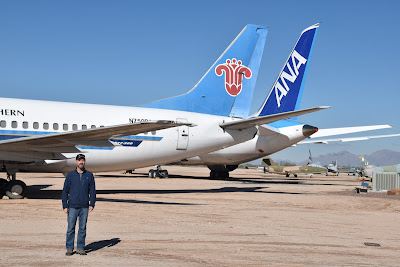 They have one of the first two 787 planes ever built and a big collection of fighters too. 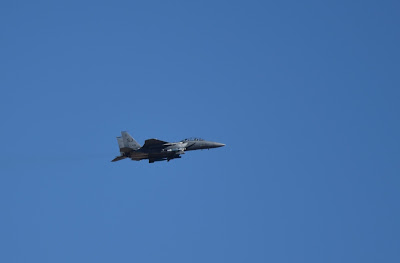 It is also next to an active air force base so we are periodically buzzed by fighters.

They have actually been flying over our campground too. Pretty cool. 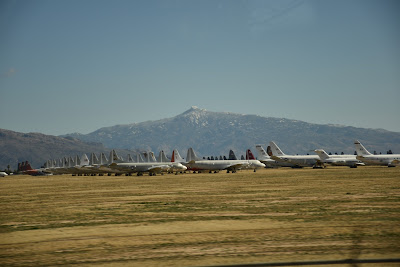 Although you only get to see it from a bus you can tour "The Boneyard" where thousands of planes are stored out here in the dry desert air.

The boneyard planes include all kinds of planes from prop planes to fighter jets. Some are stored to potentially put back into service and some are for parts. Others are just there for no reason. 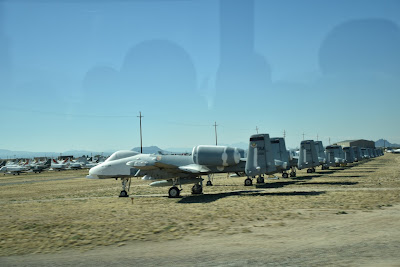 Here are dozens and dozens of A-10s which is primarily what flys out of the air force base next door. 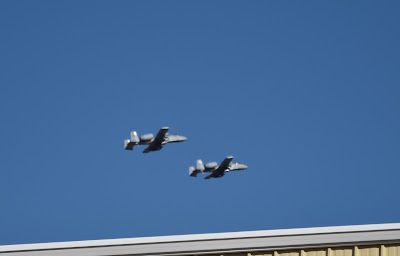