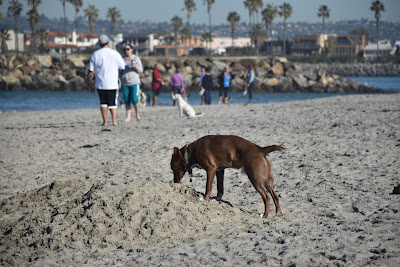 With at the National Parks we've been to off limits to dogs Tucker really hasn't had as much time off-leash as he is used to.

Palm Springs and several other places did have nice dog parks. 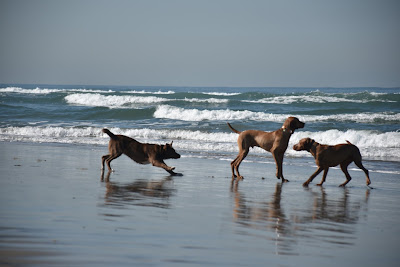 But no dog park even holds a candle to Dog Beach! 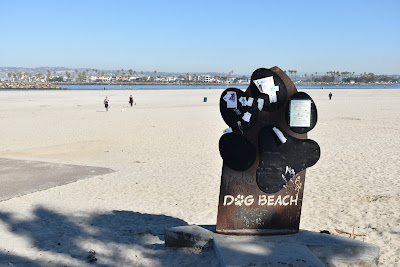 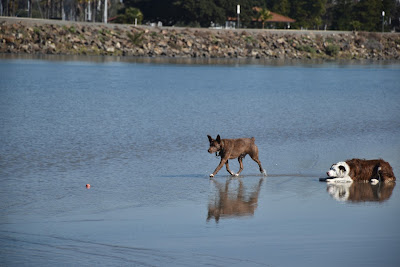 Tucker has a plan here to steal that dogs ball. The dog just watched! 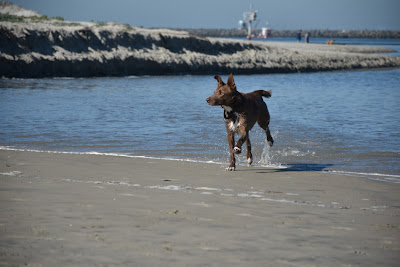 One problem with this is Tucker is kind of a moron and likes to drink salt water even if it has a very un-happy effect on him.

Tucker had so much fun and played with so many dogs. 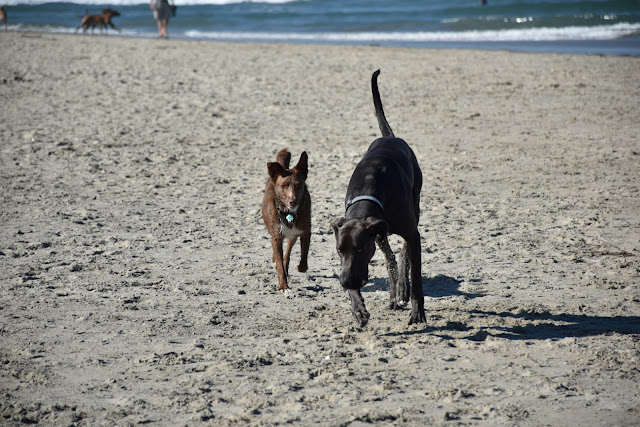 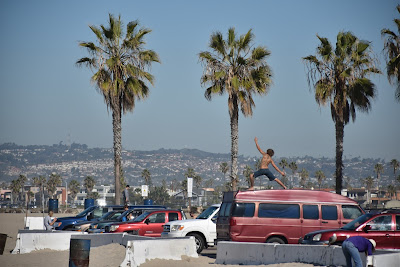 Because of said effects anytime we hit the ocean we have to leash Tucker up and walk him around until the situation takes care of itself.

Not a problem there is a Starbucks a couple miles away and plenty to see along the way. 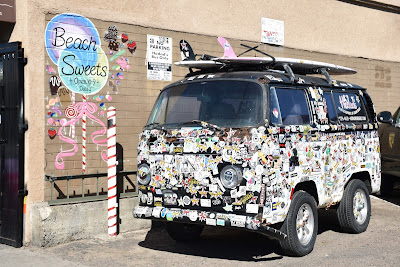 And of course we also watch some surfers. 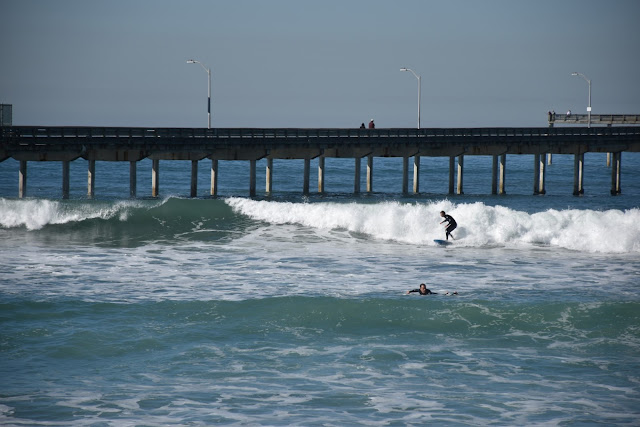