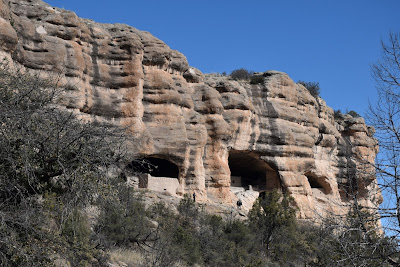 We've stopped in Silver City a supposedly Hippy town. It is a cute town with a University. It is pretty quiet as the students are still away for holidy break and so much of the town is closed too.

The town is at the border of the Gila National Forest so we took a drive in the forest to see some Cliff Dwellings.

They were pretty cool and it was a nice day out. 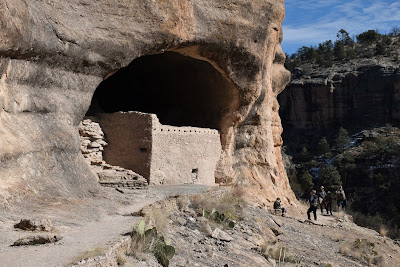 People didn't live here for very long, it probably took them as long to build as they spent time living here. They aren't certain why that is but it seems like a nice place to live.

The drive in was super twisty on a narror mountain road so by the time we toured the Dwellings we ate some lunch and drove around a bit more. 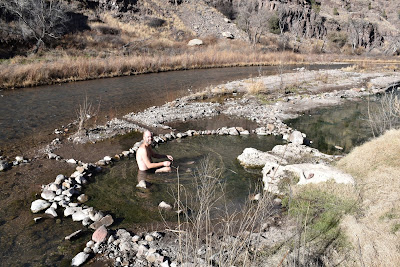 We ended up picking a hike to yet more riverside hot springs. These were barely developed at all except by the people using them and their own hands. The water came out over 120 degrees and was channels to serveral pools that mixed with the river to make soaking comfortable.

The hike in was short but we had to cross the river twice which ended up being a muddy and wet affair.

Totally worth it! But the hour drive home was smelly. 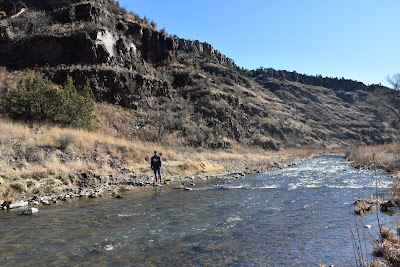 All in all a good day. That night we hit a local brewery for some dinner it was great. They also had live music and the benefit of being one of the only places open in town. 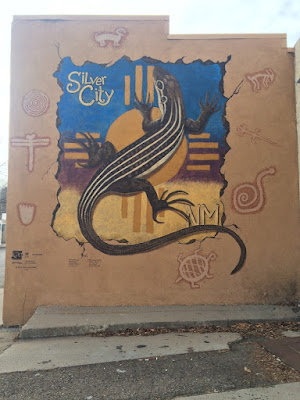 Will had some work to do the next day so I spent part of the day walking Tucker all around Silver City.

I'd like to go back some day when things are more lively and more of the shops are open.

I liked their town mural! 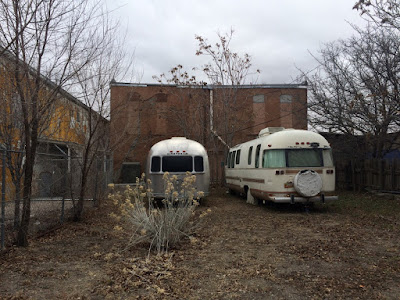 I found a couple of old Airstreams in a back lot someplace in town.

Maybe someday I'll refurb and old Airstream for a project! 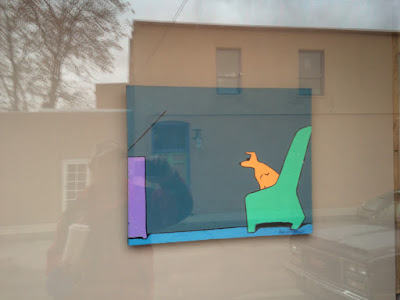 Of course I love me some good dog art!

Tucker only shows this much attention to squirrels and bunnies not TV.
Posted by Brian Ciemian at 12:28:00 PM