Side trips from 3 Rivers 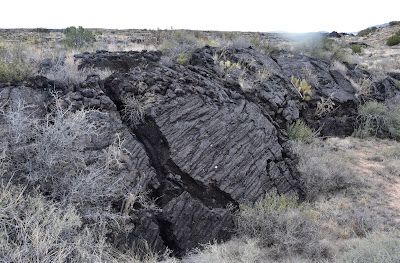 Since our camping at 3 Rivers is so cheap and nice we took some day trips from there.

We checked out Valley Of Fires where as recent at 4000 years ago there was a flowing lava. 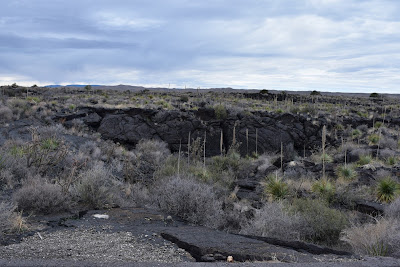 It was fun to explore the lava beds (Not as cool as Lava Beds National Park in the Pacific NW).

It is kind of odd that the lava flowed where it did on basically a smal area of plains between two big mountain ranges. 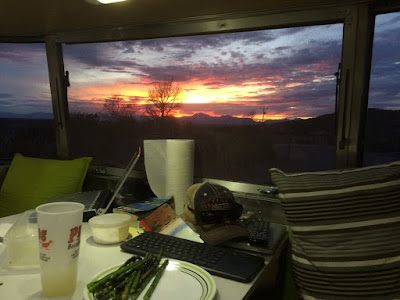 We had some great sunsets while camped there too.

On our side trip to the lava we also went to a big rock shop with awesome rocks including some Trinitite (Glass formed from the Trinity Nuclear Test). The shop was right near the northern boundary of the Trinity Test area, sadly you can only visit it on 2 days each year and it isn't today. 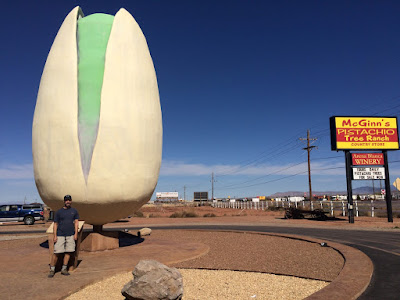 After leaving 3 Rivers we were heading back to Las Cruces and stopped at a Pistachio Farm. We only stopped for snacks and skipped the tour. 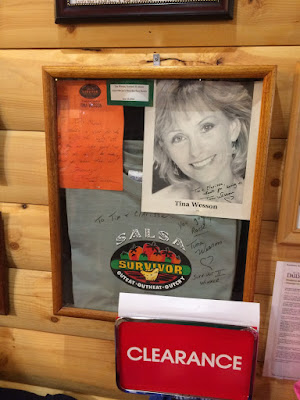 Tina a former Survivor winner had visited too!