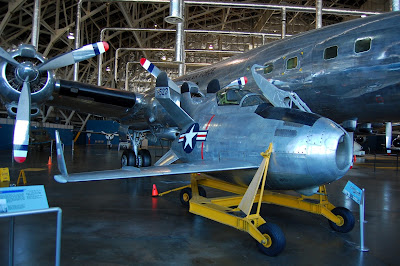 This museum is HUGE, you wouldn't expect it but it blows the Air and Space Museum in DC out of the water.

It was about a hours drive from the Airstream factory but totally worth it.

If you go you want to get there early, as one part of the museum shown he is on the active base and takes a little scheduled bus ride to see. 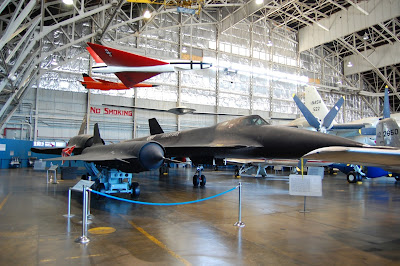 These several hangers on base are filled with presidential planes and R & D experimental planes.

They are a bit crowded and hard to photograph but I guess they had to move a lot of planes indoors because they were deteriorating too much outside. 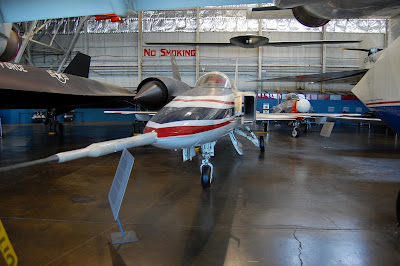 X-29 Forward swept wing design, as I kid I loved this plane when I read about it in Popular Science Magazine. 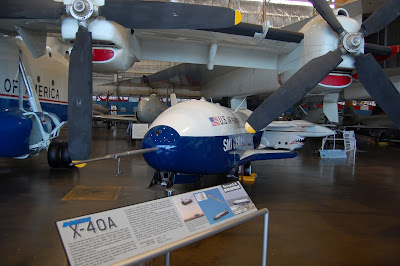 This was a test version of the now no longer secret military space plane that spends a lot of time in space doing secret things. 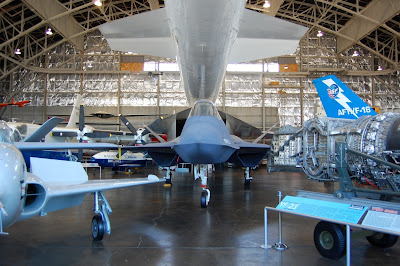 You can see her how super packed in all the planes are. As you walk around you have to be careful not to bang your head on things. 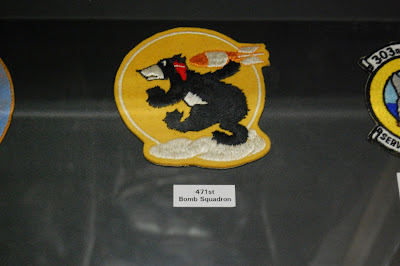 All the air wings have cute cartoon patches, this one was the best with a bear tossing some kind of bomb. 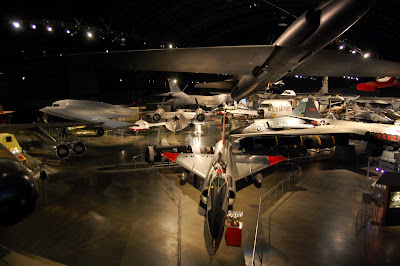 The main museum is another 6 or 8 huge hangers. Covering the history of the Air Force all the way to space travel and ICBMs.

They also have big sections devoted to each war or conflict throughout history. There is actually too nuch to see/read everything in one day.

I didn't get good pictures but I loved displayed of things that POW's built while captured. Amazing fake guns, tools and bellows to heat up their stoves to work metal into other things. 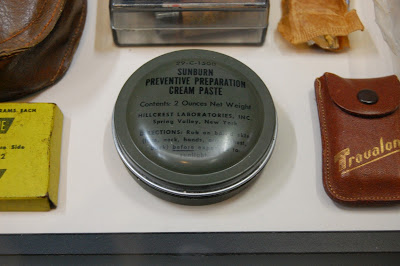 This sunburn cream was made in Spring Valley NY right near where I grew up.

We spent all day at the museum all that standing was exhausting so we just relaxed in the trailer for the night.

There are still several days we need to kill before our service appointment.
Posted by Brian Ciemian at 10:12:00 AM