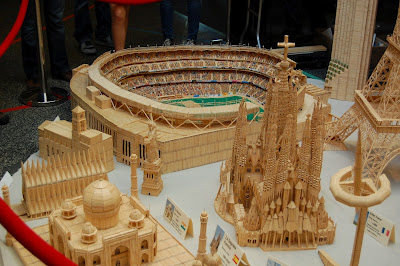 For once our timing is pretty good and we are in NY at my parents the same weekend as the NYC Maker Faire.

It is a big dorky geeky fair of people who make things and tinker and anything along those lines.

Checkout the work that went into these toothpick sculptures. 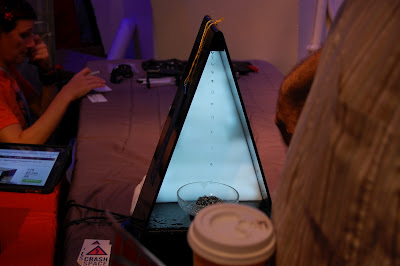 Projects range from art, nature and science to the bizarre.

We managed to get there pretty early which was a good thing because people are showing up like crazy and it quickly gets crowded. 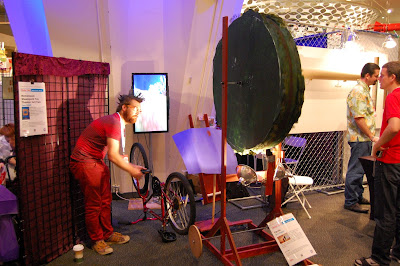 This was a cool thing where the giant wheel was model and when it rotated you saw a journey through the woods on the tv recorded by a camera. It was powered by the bicycle and other than being cool really had no purpose. 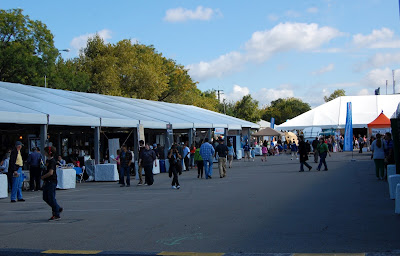 There was an entire tent full of 3D printers which can basically make something out of ABS plastic once you download or create the file for the design.

It was a little repetitive here as each one had basically all printed out the same 3 or 4 example pieces although it was cool to see the machines printing things layer by layer. 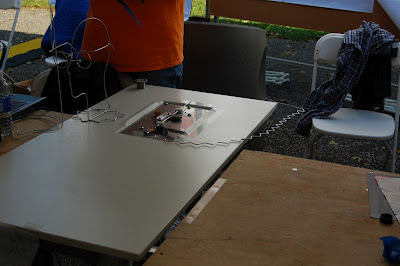 This was a wire bending robot. Once programmed it sucked in a wire and bent it into sculptures all without any human intervention.

There were also a lot of CNC machines which could cut elaborate things out of wood or plastic to make things.

You could also buy a lot of good electronics and sensors and components for making things like robots or whatever you might think of. 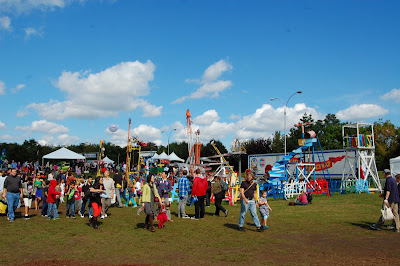 All during the day there were various shows going on as well. We watched this one which was a giant size version of the kids game Mousetrap. With one difference at then end instead of capturing a mouse it dropped a giant weight and smashed a car.

There was also a giant mentos and coke demonstration which we didn't stay for. 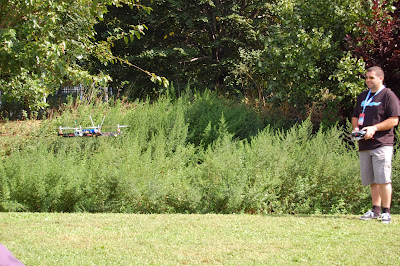 This guy was flying a quad-copter which is a pretty cool flying machine that people have built using 4 rotors and a tiny computer to control the motors so it can be flown around by a simple remote control.

It was a fun show, I am inspired to come up with some kind of project to build.
Posted by Brian Ciemian at 11:51:00 AM