In and around Charlottesville, VA 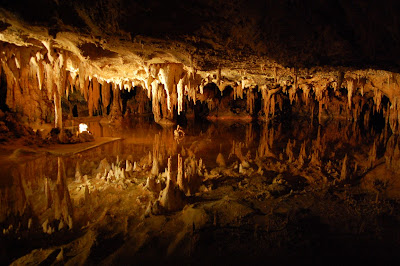 On our way to Charlottesville VA we stopped at Luray Caverns.  I had been here as a kid so we took the tour of the caves.

As with most caves the tours are little lacking in actual science (except the one we took in a National Park it was good).  Instead showing you rocks that look like Snoopy or bacon etc. 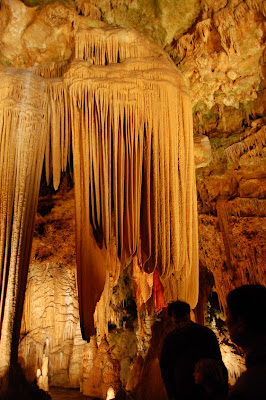 Still I like caves. Above is a cool picture where a underground lake reflects the cieling of the cave it actually came out better in the picture than I expected.

Another interesting feature of the cave is an Stalagpipe Organ. An organ that plays music by hitting various Stalatites throughout the cave with little solenoid actuated rubber hammers. It sounds pretty cool.

We left the cave and had lunch and some fudge before jumping onto to Skyline Drive for the next portion of the trip. 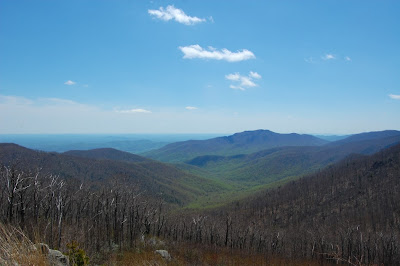 Skyline drive is really pretty, it is nice to be here before it gets totaly crowded with tourists.  As we got higher up the mountains the leaves were less and less out.

We stopped and did a short but scrambling hike up to two viewpoints. 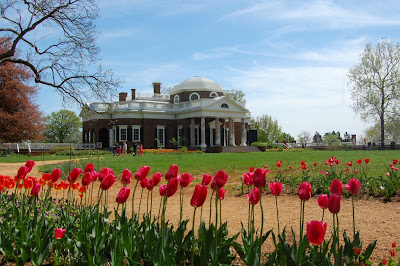 Eventually we got to our KOA in Charlottesville. It wasn't a "real" KOA like the ones that have water slides and tons of kids, it was a nice little campground with lots of trees.

The next day we toured Monticello Thomas Jefferson's home and plantation. It was really nice. He was a big of dork and there are few interesting inventions of his around the house, for example a double glass door where when you start to close one the other door magically closes too. Sure this doesn't sound that special but it was back then.

We also spent some time walking around the downtown pedestrian arcade which is a lot like Burlington VT altough a little bigger and swankier. We also went to visit the University of Virgina which was design by Jefferson taking a tour of the part of the college which he designed.
Posted by Brian Ciemian at 8:49:00 PM