Visiting some friends and Will's birthday. 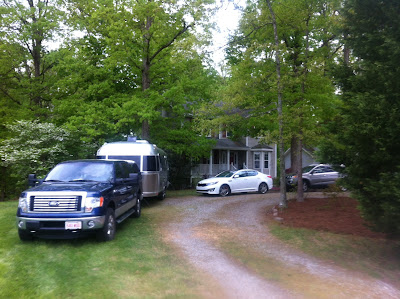 From Salem we had a nice short drive down to High Point, NC. Two friends of ours Paul and Randy live there and it is very close to Lexington NC where a concert Will wants to see is.

We haven't been down to visit for several years so it is good to be back. They have two new dogs Hanna and Maggie who are really cute.

We decided to just camp in their yard which wasn't too hard with their circular driveway although it was tight with the cars parked there. 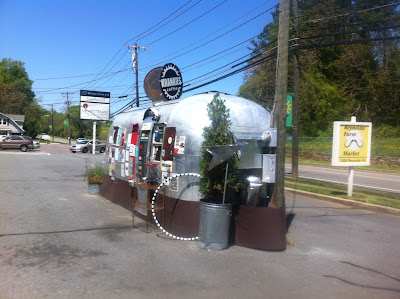 We went out to a place called Sticks and Stones for Will's birthday it was great a mixture of pizza and BBQ offerings.

The next day we toured Old Salem in Winston-Salem and more importantly stopped at this Airstream Coffee Shop! 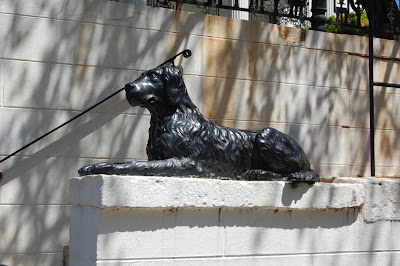 Old Salem is full of people dressed in period garb explaining what they did back in their day. 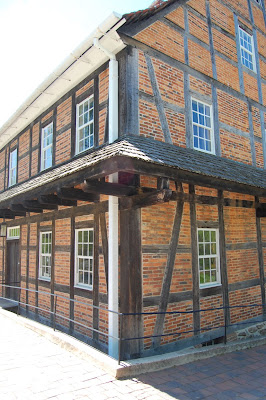 I thought this building was cool the way main beams protruded and crossed each other at the corners supporting the overhang.

On Thursday we went to a birthday dinner for a friend of our friends at a Taco place called "Crafted" it was AMAZING!

We shared a stuffed Avocado appetizer that was great and something we've never seen before.

After dinner we got some cheesecake for Joe's birthday and we hopped in the car and headed to Lexington for the concert.

The concert was at a Kayak Outfitters which is also a coffee house and bar and a concert venue. It was a small intimate show with only about 40 people there. The main act was Cruz Contreras the singer from the Black Lillies.

They had great beer but by the end of evening I was bushed.
Posted by Brian Ciemian at 1:50:00 PM