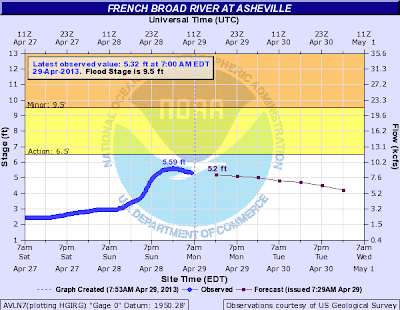 On the final night of rain we noticed the river lever rising quickly. So did our neighbor, who knocked and said the river might flood and he was hooking up in case he had to drive away quickly.

After that I started monitoring the river on-line. You can see how fast it was rising at one point. Our campground is right on the river and it would have started getting flooded in the yello action band of the graph.  Lucky for us the T-storms broke up that night and the river crested about 1 foot below that level. 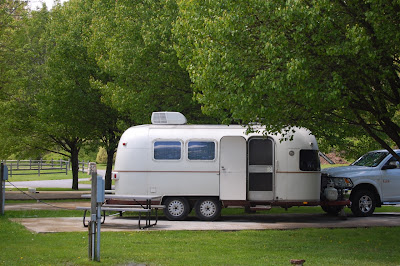 As we were leaving one night we saw this Argosy pull in. It is pretty groovy.

Our neighbor who warned us about the river had also pimped his trailer removing a couch and island and replacing them with hand made cabinets with thick chunky solid wood countertops. Pretty nice! 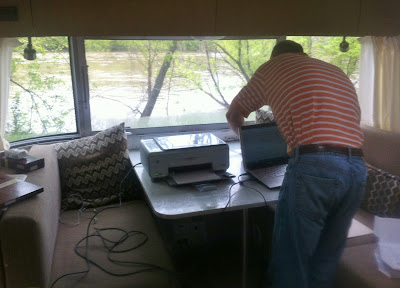 Well at least the rain stopped for my birthday. Both of us did some work this morning about 3 hour or so while the last of the rain dropped down.

Here is a picture just to proved some work took place.  There was also a trip to the Post Office involved. 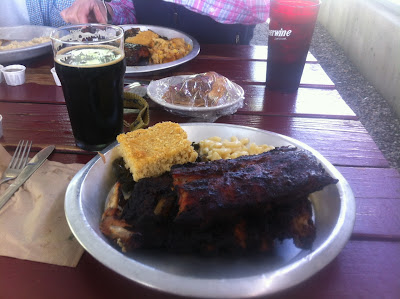 Once the business we done we got down to some delicious business finally eating at 12 Bones. On two previous trips to Asheville we failed to eat here because they are only open limited hours on weekdays!

My ribs were great! Oddly we ran into someone we know from Boston who was visiting some friends he know in Asheville.  His friends had just moved here about a year ago from Houston and really like it. 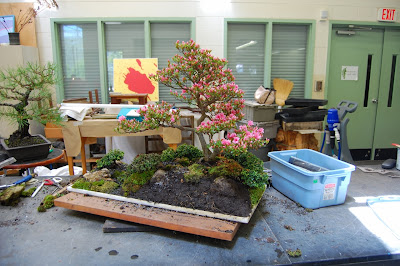 After lunch we went to the Asheville Arboretum. It is right near and entrance to the Blue Ridge Parkway and nestled in some mountains.

They have a production greenhouse and a big collection of Bonsai both inside and outside. 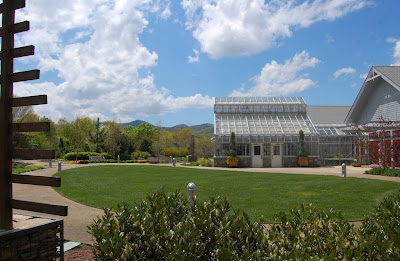 The formal gardens are really nice. They have a quilt garden where they plant flowers in classic quilt patterns. 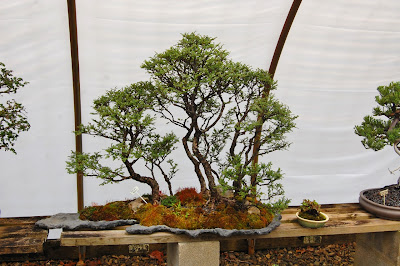 A number of the Bonsai were planted up like this one on a flat slab of rock. It looks pretty cool but you must have to water it very often. 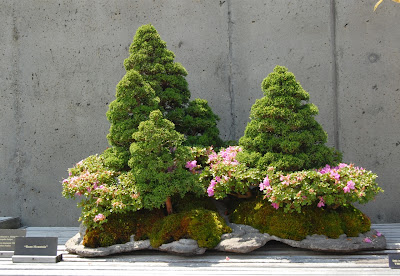 The water gardens weren't grown in yet but that made it easier to find the very very loud frogs.

We are dinner in the trailer and went out to get dessert for my birthday at the end of which of course we got a little more rain. But it was sunny most of the day so that is good enough.

Tommorow we are off to the Great Smokies Nationa Park for some hiking so hopefully the rain is all done. We got a nice rainbow out of the rain as well. 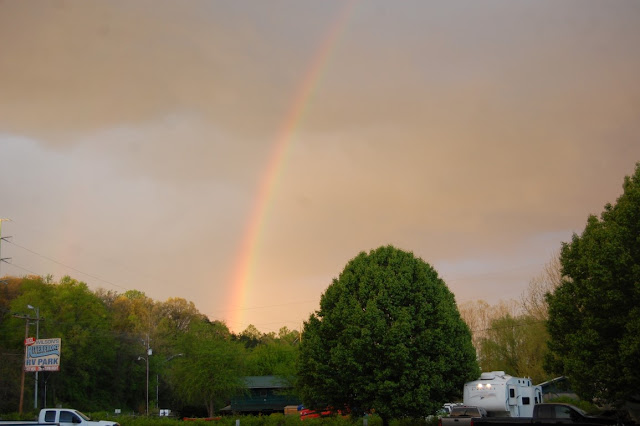