Off to Salem VA 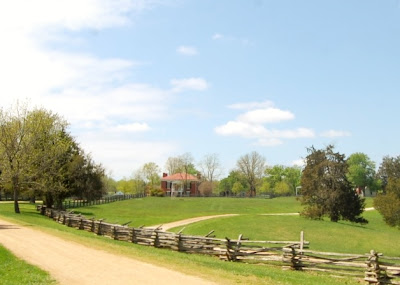 After sitting still in once place for 3 nights we re-hitched the trailer and set out for our next destination. Originally this had been Blacksburg VA but upon looking at the map and guide books we decided not to go there.  Instead we going to overnight at a Walmart and head to see some friends in NC a day early.
We actually decided all this while driving today. On the way we also stopped to visit Appomattox Court House where the South surrendered to the North.  Most of it was reconstructions but it was a nice day and good place to eat lunch. 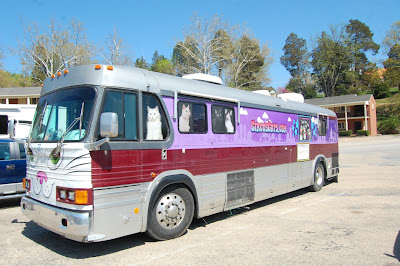 After lunch we headed towards The Natural Bridge, which at one point Jefferson had purchased because he thought it was such a cool place.

We were lucky enough to park next to the CatCircus.com bus, although we didn't get to see any Cat Circus tricks, and they were gone by the time we toured the Bridge. 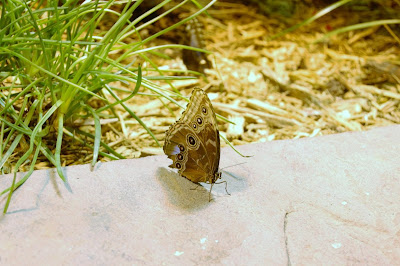 The Natural Bridge is a tourist trap.. it was kind of expensive to get in. It has a enourmous gift show and from the looks of the buildings and stairways must be mobbed with people during the tourist months.

First we checked out the Butterfly enclosure which is included in your ticket. It was small but packed with butterflies. Although we've seen a ton of butterflies outside anyway.

There are so many inside you have to be careful not to step on or crush any. And the have a cool display of butterflies coming out of their cocoons in various stages of their life. 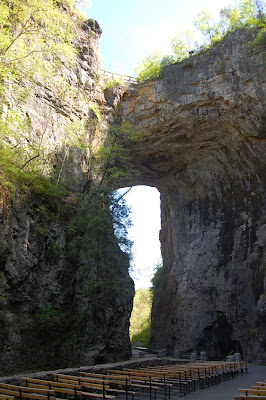 From the visitor center a sign informs you that there 137 steps dowe to the trail below the bridge and you can hit a button to get a bus to take you down. We risk the walk!

The Bridge is actually pretty cool, we walk the entire nature trail which also takes you to see a recreated indian encampment, a lost river and a small salt-petre mine.

There are also caverns here but that was extra and having recently been to Luray we didn't bother seeing them.

One fun part of the bridge is that is actually a bridge and the highway runs right over it. On our way out toward Salem, VA where we have decided to stop for the night we drive right over it, you can see in the picture below.  It would be cool if you could get a picture taken of your car going over the bridge. 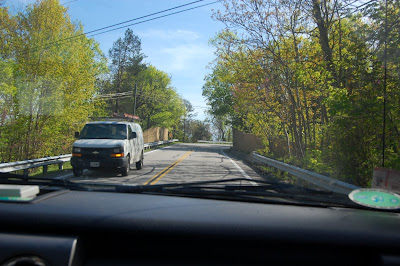 In Salem we quickly find the Walmart we are going to stay at and proceed to do our grocery shopping.

After shopping we had dinner. We got a little lazy and purchased a 5$ roast chicken at Walmart so we just had to cook up some veggies and eat!