A Hike on the AT 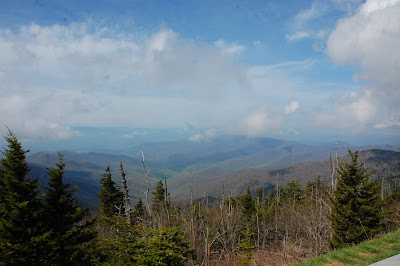 Finally we've got some great weather. Today we planned to hike part of the AT.

We are starting right at Clingman's Dome which is one of the highest mountains in the east.

We aren't really climbing it because the trail parallels the road and it didn't sound too pretty. 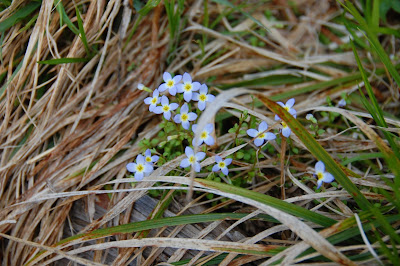 Not to mention you can also basically drive up to the dome and park, and "hike" a 1/5 mile paved trail to the top.

Instead we are parking there and hiking about 6 miles down the AT and turning around and returning to Clingman's Dome. 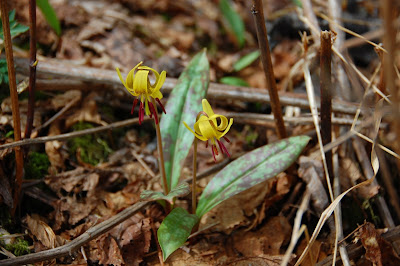 Although the tree's are just budding there are wild flowers everywhere. 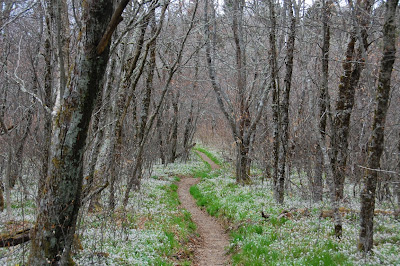 In some places like this there are so many flowers it almost looks like a dusting of snow.

The trail is very up and down following the ridge of the mountains which is also the border between NC and TN. 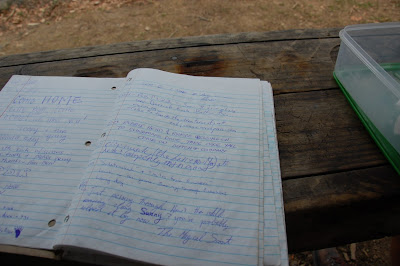 Along the way we are lucky to be in the area as a lot of Thru-hikers are passing by. They attempt to hike the entire AT from GA all the way thru to ME (2174 miles).

We get to see their trail log notes to each other at one of the shelters along the trail. This is how they communicate which each other as over 3000 hikers are attempting the feat this year. 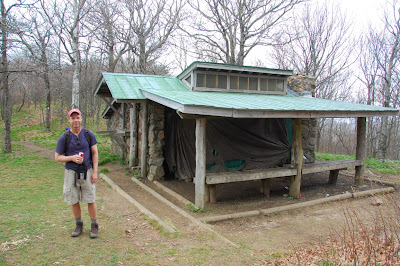 Long ago I really really wanted to try it. I know some people who have done it and other long distance trails.

This shelter was pretty nice. 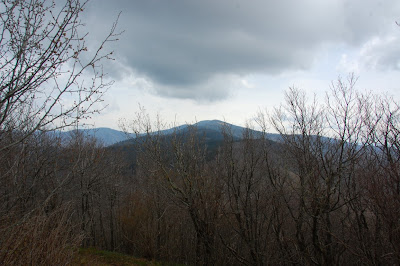 We hiked as far as Siler's Bald, the peak you see here in the distance is Clingman's Dome where we have to hike back to.

For a 12 mile hike we feel pretty good at the end. We climb the observation town and get a good look around. 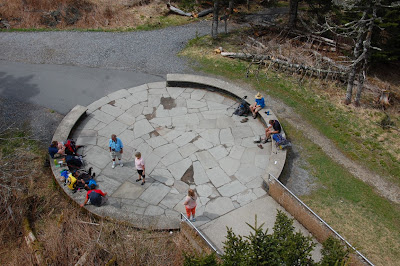 In this picture the 5 people sitting around the circle are thru-hikers. Having reached the dome they are about 200 miles or 1/10 of the way on their journey.

Many thru hikers take a day off the trail here to head to Gallingburg for a resupply and shower before continuing. 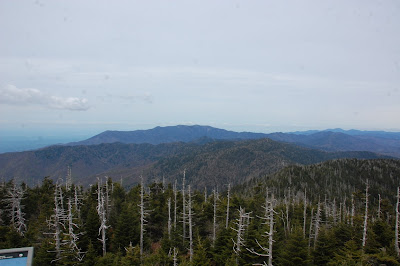 There is a great 360 degree from the top. With panels describing the various mountains we can see. 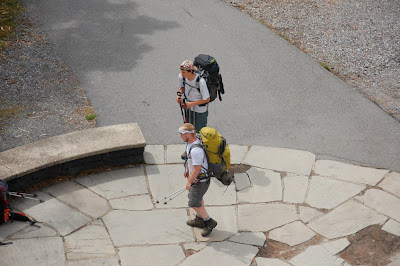 Later as I write this I know why as Gattlingburg is about the most abnoxious tourist town I have ever seen. And after 2 or 3 weeks in the woods (or even anyplace else) it must seem horrible.