Another Hike we must be CRAZY! 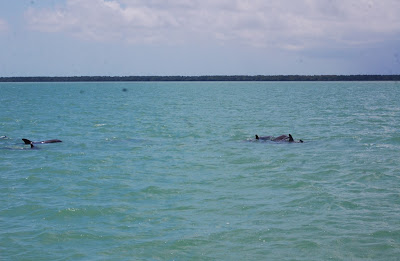 After yesterdays hike we had some frozen novelties from the scack bar at the dock and decided to take a short boat tour.

The narrator of the tour was a yahoo who didn't have much information and looked like he hadn't showered or washed his clothes in days. But we did see dolphins and a sea turtle. 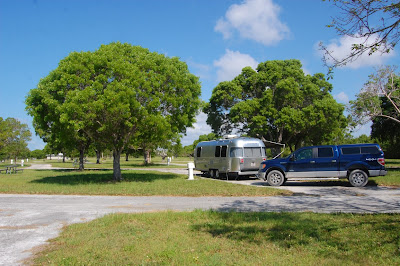 Here we are pretty much the only campers in the park, there were actually 2 or 3 other trailers and a number of tenters in the other loop. But when you realize they have almost 300 sites here it is empty. 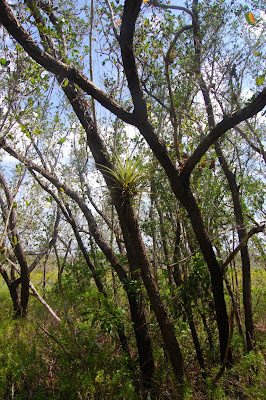 Foolishly we decided to do another hike. It was supposed to be a prarie hike with more sun and less bugs.

But that was only partially true.  I did enjoy seeing tons of air plants growing in the trees. 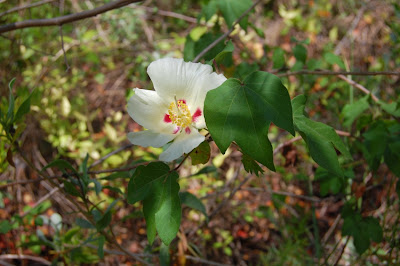 And there were sunny stretches of the hike during which there were no bugs but instead it was crazy hot. 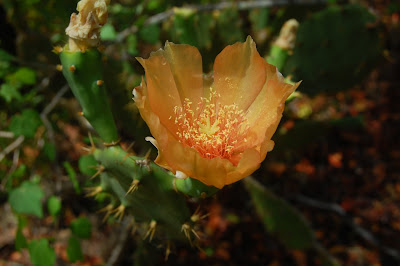 As we walked you could here the scurrying of thousands of tiny crabs who retreated into tiny holes as we walked by.

They are violin crabs so called because one of their claws is huge compared to the other. 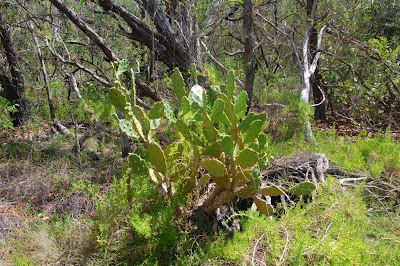 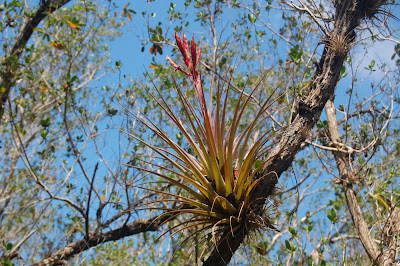 I tried to keep a few air plants from a prior hike but one day I forget them in the car and it got to a thousand degrees and they basically cooked. 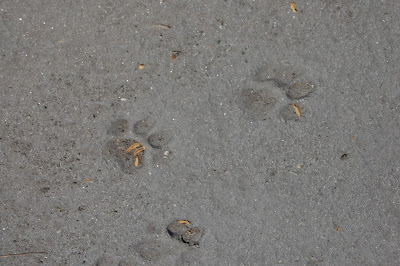 Although we never saw any on our hikes we did see these prints which are from some kind of large cat that lives in the everglades. They also have panthers but so few of them it would be a miracle to see one.
Posted by Brian Ciemian at 9:39:00 PM