A fews days at the beach in Florida 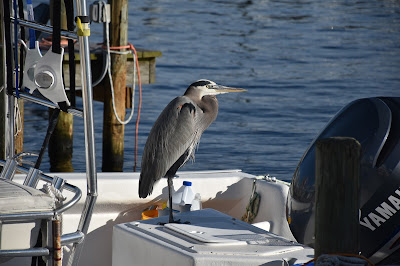 After all the rain we needed some sun! We decided to head down to the panhandle of Florida, we hadn't thought of going down this direction but that is the beauty of RVing you don't have to know where you are going. 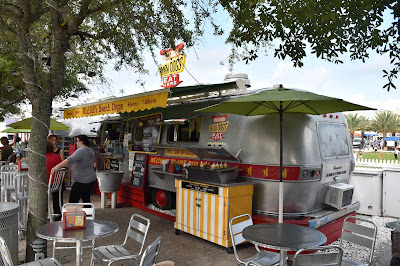 Several towns in florida seem to have created small food courts out of Airstream Trailers. This one was in the town of Seaside where they filmed the Truman Show. 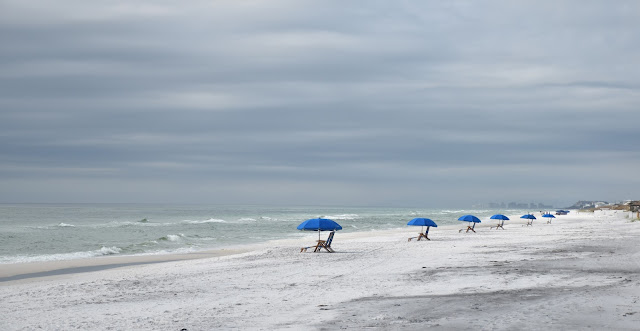 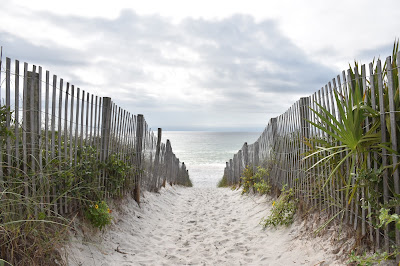 The beaches were nice but there were biting flies and we didn't have any bug spray handy.

Our campground was a private resort which was taken over by a Florida state park so it was really nice and even had a pool and great trails for walking. 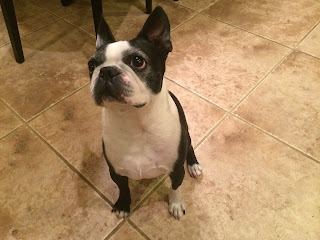 One night we went out to dinner with a friend who used to live in Boston but moved to florida about 8 years ago.

We also had dinner at their house the next night. He and his husband have two fun dogs! 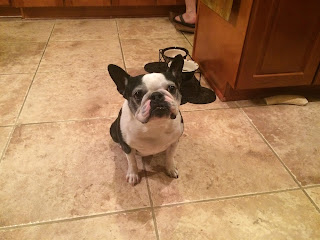 Tucker was welcome but it would have been a wild night with 3 dogs around so we left him at home.

He also got a nice trip a dog park although it was still flooded from the rain over the last few days. Not that he minded! 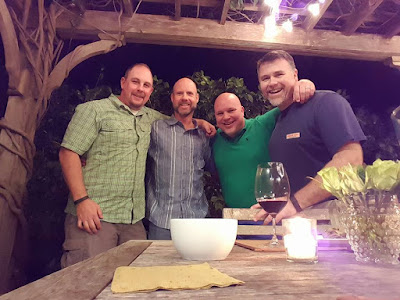 Turns out Steve is an excellent cook somethings we didn't know about when he lived in Boston.

It was great to meet and get to know his husband Derek.