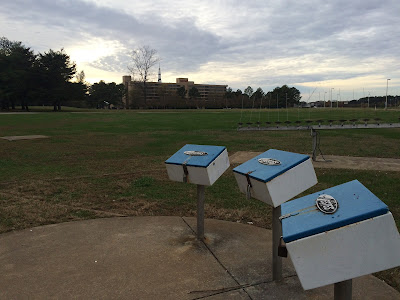 At Marshall Flight center there is a Museum and the home of NASA's Space Camp Program as well as being where they developed much of the Apollo Moon Landing technology.

They also have their own campground which is dirt cheap and had FAST Wifi (If you are a RV'er you know advertising Wifi doesn't mean it works or even is fast enough to check your email).

Here is the launchpad for the Space Camp Rockets. 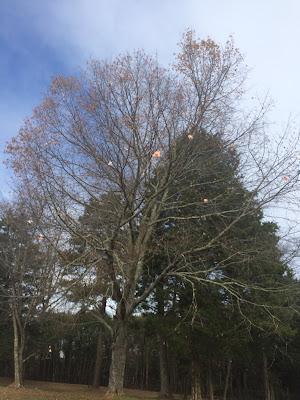 As a kid who launched a lot of rockets and really likes the space program and I am sure begged my parents to send me to space camp it was a bit disappointing.

Apparently the idea of re-usable space systems died with the shuttle because the entire campground and fields surrounding the launch area is littered with I kid you not thousands of rockets and rocket parts.

It was pretty sad, as were some of the exhibits in the museum so cracked and damaged by sun and exposure you couldn't read them.  Of course they also had a brand new Saturn V Building where everything worked and looked nice. 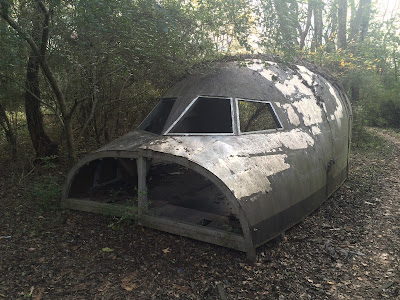 Even cooler than some of the museum stuff was the random abandoned rocket and plane parts in the woods and trails around the campground.  This cockpit was the first I found, but later found nose cones and a fairing from a multistage rocket and other parts. 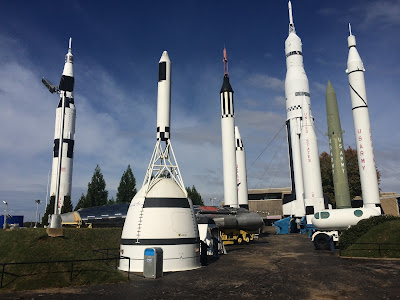 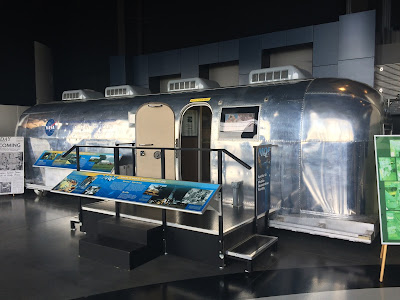 This was a real Apollo Isolation Airstream used to keep the astronauts quarantined after the first few Apollo Missions. They thought it was destroyed in a fire but it was found in a swamp that was part of a fish hatchery.

After a few moom missions they stopped doing this as they decided there was no dangerous life on the moon to be brought back. 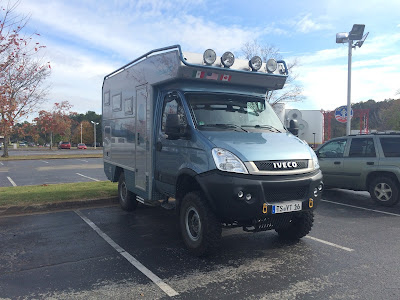 Here was a cool RV in the parking lot, of course like the cool rigs we saw in Alaska is was German.

I am alway amazed at the tires and off-road capabilities the Germans think they will need to see America. 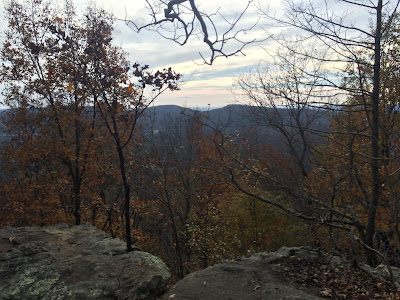 After touring the museum Will had some work todo So I took Tucker up to a big state park nearby for a 3.5 mile walk. If was on a small bluff overlooking Huntsville but there were too many trees to get good views of the city. 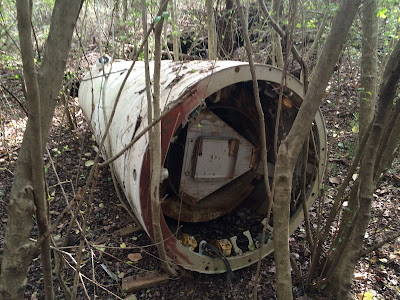 Before leaving we took one more walk through the woods and found more abandoned missle/rocket parts.

This seems to be an upper park of some kind of rocket with control thrusters. It also had a lof of electronic componenets still in tack.

That reminds me one of the most interesting things I learned about the Apollo missions is how the Saturn V was controlled by a ring of electronics including a computer with less memory/power than the electronics in modern kitchen appliance.  This ring was below the command module and the LEM.
Originally the astronauts wanted to control the rocket but that was veto'd by NASA and lucky for one Apollo mission that was struck by lightning temporarily frying the command module but not touching the control ring or else they never would have made it to orbit.
Posted by Brian Ciemian at 7:35:00 PM