Departing the beach the long way. 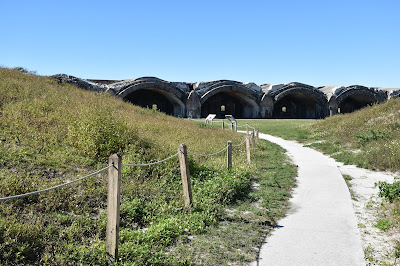 Leaving FL we were only heading for an overnight at a Walmart on our way west so we took the long way as we didn't need to get in early.

First we finally drove all the way to Fort Pickens which looked close to where we were camping but turns out the Santa Rosa Island was a lot longer than it looked on google maps.

The for was cool but it was a very windy and chilly so we didn't stay that long. 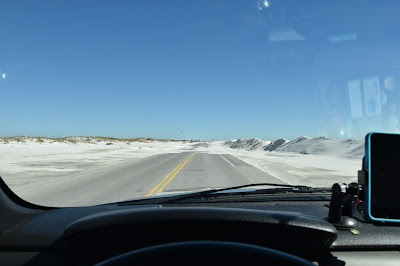 Driving out to the fort on the tip of the island was fun, the island isn't very wide at the tip and the sand looks more like drifts of snow than sand. 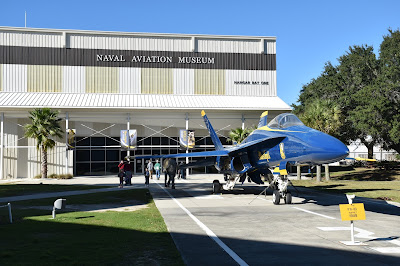 At the fort we were only a few miles as the crow flies from the Naval Aviation Museum, however the drive was a lot longer as we had to back-track on the island go inland and then back to Pensacola to the Naval Base.

The museum is on-base but it was no problem bringing the trailer through the check point I am sure lots of RV'er stop here. 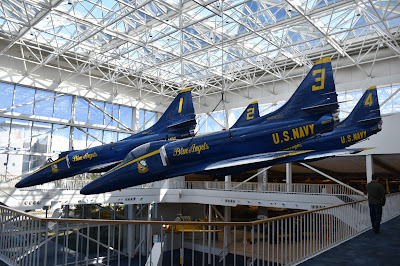 We ate lunch in the parking lot and then hit the musuem.

We only spent a hour or so there so we could get back on the road. There was a lot more to see and learn and we didn't even see the planes they had out on the airfield 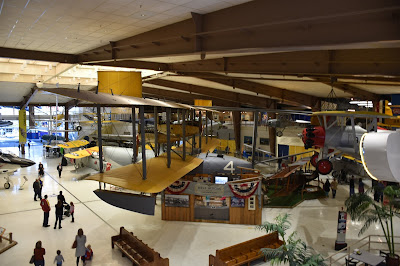 The big plane here is an NC-4 Flying boat, it was the first plane to cross the Atlantic in 1919, I had never heard of it before. It took 19 days. Seemed like a good feat but 2 weeks later a plane crossed non-stop in 15 hours!

After that we motored to Hattiesburg AL and did our shopping and slept in the Walmart.