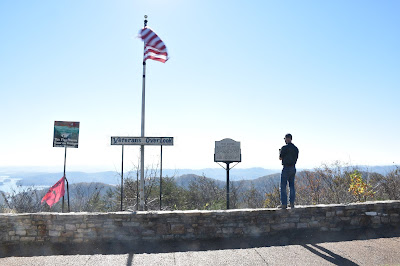 From Asheville we started heading off to Mammoth Cave NP. It was long drive day at over 325 miles to the cave.

Travelling in winter has been very different from our other trips. There is a lot less day-light for driving. A lot less considering both our other trips were north of home and had a lot more day light per day. 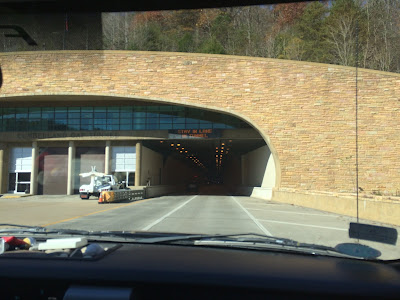 We drove through Cumberland Gap a slight detour from the fastest route to the cave but we got to go through this cool tunnel.

The drive was really pretty as we crossed the mountains. We stopped at the Cumberland Gap Nation Historic Site Museum ate lunch and watched a movie about the gap. Tucker got a nice walk on the trail around the park too. 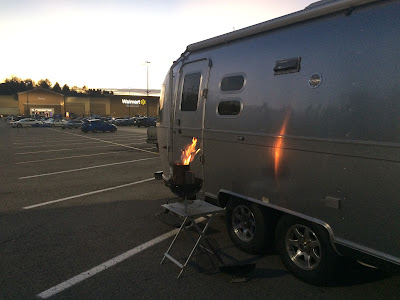 Well we decided not to drive all the way to the park. We would have got to the campground there in the dark and that is no fun. Instead we stopped 20 miles shy of the park and did an overnight at a Walmart.

In a first for us we used the BBQ to make a big steak in the parking lot. The briquets I used we the easy light kind and put on a big show but it didn't attract any negative attention.

We also drank a very expensive bottle of wine with our steak. Probably the most expensive meal ever eaten at a Walmart. 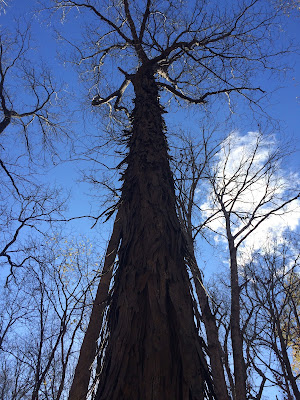 The nice thing about this plan was we had a nice day to spend at the Mammoth Cave Park.  We pulled in by 9 am and got tickets for a tour at 1:15 (Because it was the long tour we wanted to take).

After that Will did some work and I took Tucker for a walk on the trails around the park.

This was a cool tree, maybe a shagbark hickory? 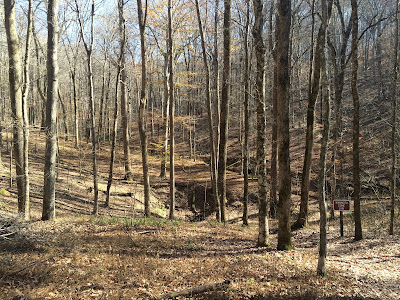 I've been sink-hole obsessed since seeing a Nova episode about them.

Well the caves cause a lot of sink holes and I hiked past this one. It was static so it wasn't going to suck me down underground. 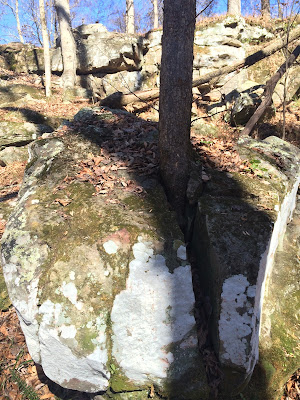 The cave tour was interesting, Mammoth Cave claims to be the worlds largest cave system at over 400 miles of tunnels.

We toured a big former underground river portion of the cave which is now dry. We have seen a ton of stalagtites and "Cave Bacon" before so it was nice to see a different kind of cave.

After the cave we hit the road for Nashville, TN and ended up getting in just after dark but it wasn't too had to back into our sight and get settled.
Posted by Brian Ciemian at 7:19:00 PM