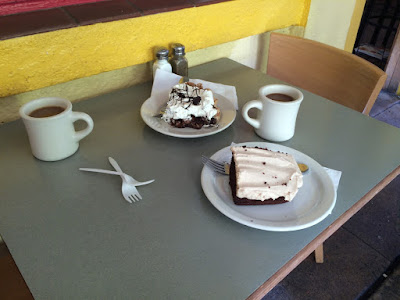 Bisbee AZ is a town formed around a mountain full of copper mines. We are actually camping at a campground right outside the historic Queen Mine which is right in town.

Also in town was a place known for delicious baked goods so how could we skip that. It was called the High Dessert Market and Cafe we found it on Roadfood.com and cakes lived up to the reviews. This ended up being out lunch! The weather gods are against us and we have had more snow! It hasn't snowed in Bisbee for 20 years outside of the occasional flurry. Everyone in town is excited for the snow.

To warm up we went out to a local pizza place for dinner! 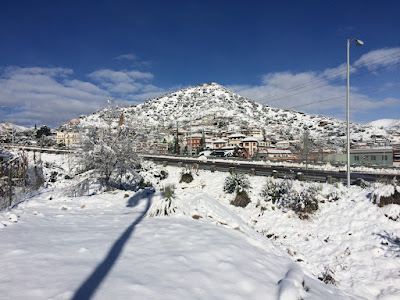 Here is a picture of the town, it is basically right in the mountains and there are a few roads and lot of stairs up and down the slopes. It seems like a place a lot of city folk have weekend get-aways. I Imagine in the summer the altitude keeps the weather here very nice compared to down lower where temps would be in the 100s. 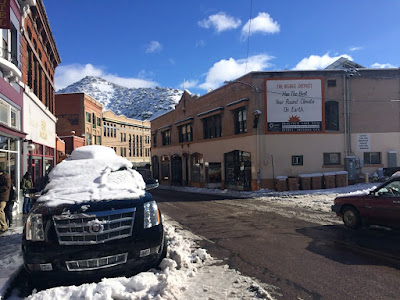 The billboard says they have the best weather!  Ha!

We took the mine tour which was cool and led by people who had actually worked in the mine back in the day.

After a few days here it was time to set off towards Tucson. 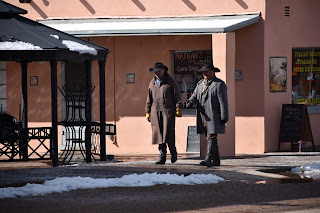 On the drive we stopped in Tombstone.

Later that morning these two had a shoot-out. I think the guy on the left bit the dust. 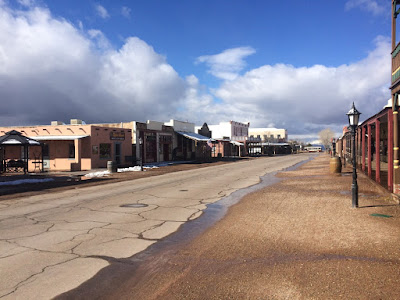 We ate lunch in a western Saloon and had greasy steak and cheese sandwiches.

It was fun place to stop for a few hours. If you spent more time there you could get all dressed up and walk around in period garb or get photo taken etc.

And probably watch a lot of gunshows. 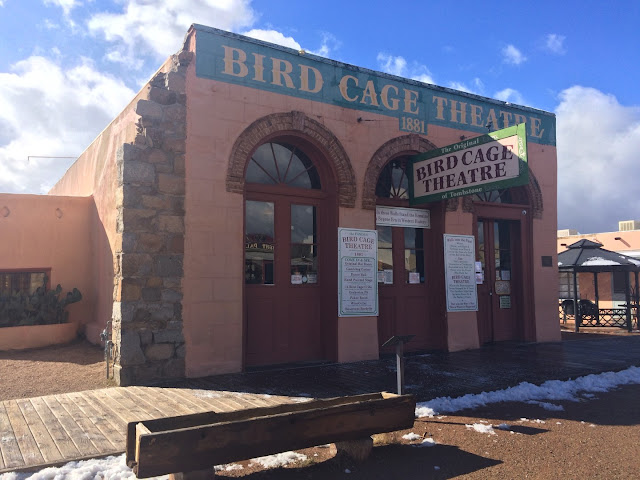