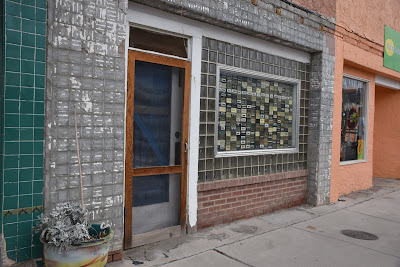 T or C formerly called Hot Springs, NM was renamed as part of a promotional contest for the T or C Television show. It is a bit of a sad town. It does have a great campground in the the state park so that is cool.

I liked this cool set of curtains made from old tapes. Most of the town seemed pretty closed down but some things were open. (Like the giant new Walmart!). 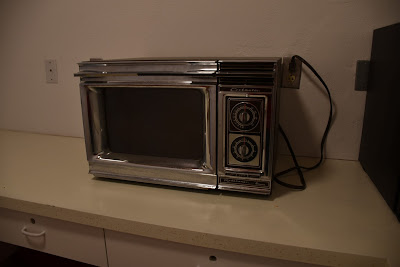 Near T or C is "Spaceport America" which you can go tour and we are going to see it.You leave on the tour from the T or C chamber of commerce and Spaceport visitor center.

So modern is this spaceport they have an original Radar Range in the breakroom.  I guess they were built to last because this one is still kicking. 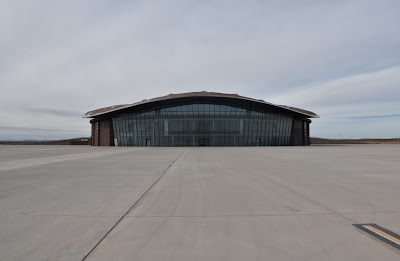 Hmm the Spaceport tour... how to put this.. totally not worth it.  Mostly it is a bus ride to and from the Spaceport which is out in the middle or no-where. They do provice movies and commentary along the way with local history which was pretty good.

Meanwhile the guide really tries to sell you on the idea of a speaceport... as if we are a bus full of investors. 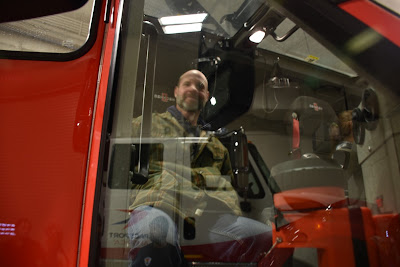 Sadly nothing much of anything is actually being done at the space center. It is a sad hole that tax payer money is falling into. Who knows maybe the 2nd space will take off... Our guide totally believes it. In reality the tour continues with a tiny museum and a tour of the fire department they have on site.

It is a holiday week but still I get the impression nothing really happens out here. In many years of existing they have done a bunch of launches. But it seems mostly tiny rockets not anything exciting. 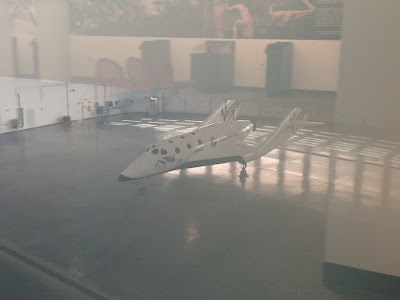 They do have a hangar with a Virgin Galactic mockup. However everything I've ever seen about Virgin takes place at the Mojave Spaceport.

One bright spot on the ride home we get those orange crackers with peanut butter filling as a snack! 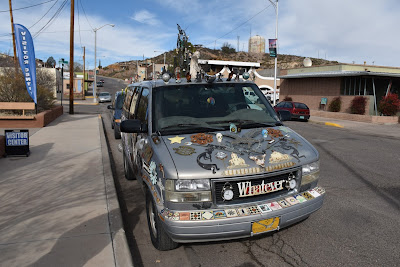 I love me some art car! Someday maybe I'll get my glue gun out and make one of my own! 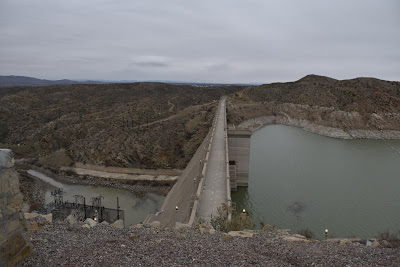 At Elephant Butte State park there is a dam that created the lake we are camping on.  As a special New Years day things it is open to hike on the dam. It was a fun walk and lot of people turned out for it. 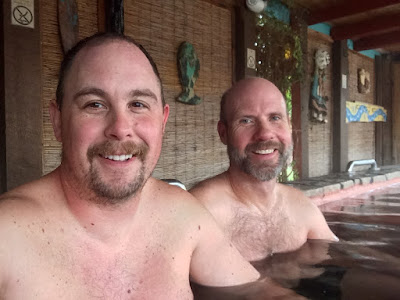 But the best part of T or C is the hot springs. They are right along the river like in Big Bend but much more developed.

We had to wait a bit as they only let about 10 people into the 4 pool complex at a time. It makes it very peaceful and relaxing.

You can also rent private pools but in the main complex you get to choose between the 4 each of which is slightly cooler than the next
Posted by Brian Ciemian at 12:11:00 PM