A few days in Natchez MI 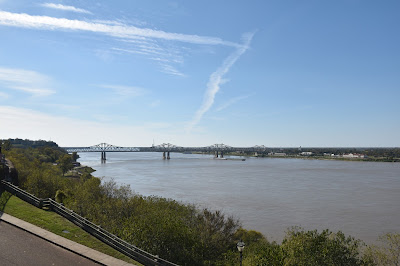 After leaving florida we head through Mississippi to Natchez MI.

In Natchez is a small Nation Historic Park comprised mostly of an Antebellum home which we toured and ate lunch at.

The Natchz Trace parkway also ends here, it is a scenic parkway kind of like the MI version of the Blue Ridge Parkway. We didn't drive much of it but you could spend a week on it. 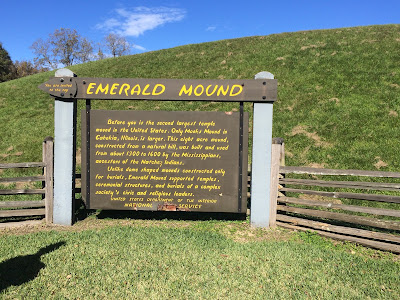 Nearby the state park we camped in was Emerald Mound the 2nd largest Indian Mound in North America.

It was a just a quick stop as there are only a couple interpretive panels. 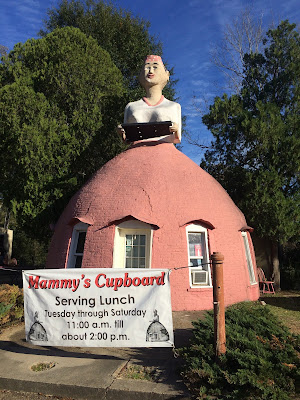 Sadly we missed getting to eat at Mammy's for lunch because they closed right before we got there. We really only wanted some of the legendary pies they serve.

Instead we had to hit a Steampunk Coffee shop downtown for coffee and a snack. But even they had no snacks... the world was against me!

The downtown is really cute with nice shops and a few restaurants. There is a nice walk right along the river where there is also a small casino.

In Natchez we also watched the Patriots game at a Ruby Tuesday only because the game was cable and none of the downtown places seemed to be open late enough to see the whole game. 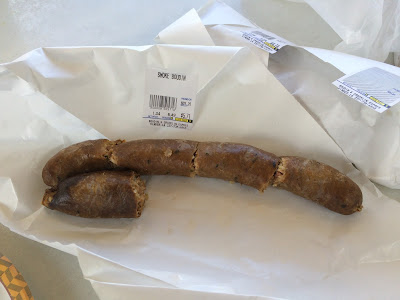 On the way to TX we passed through LA and stopped in a town called Kinder for lunch and some boudin.

It is pork and rice cooked in a sausage casing. We got two one smoked one plain. They were tasty. 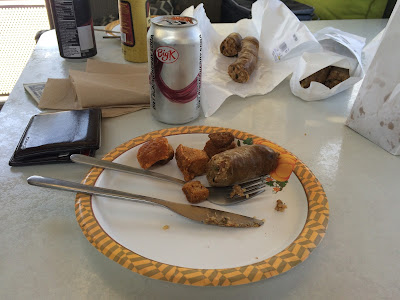 Traditionally they are served with cracklins and that is how we had them.

We also had them for leftovers the next day.
Posted by Brian Ciemian at 3:03:00 PM