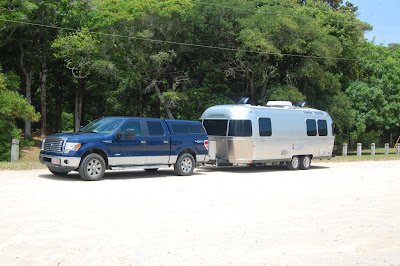 The weather today was really nice. On our drive we stopped at Myrtle Beach State Park to have lunch. We had to pay 10$ to get in but it was nice to eat lunch at the beach instead of on the side of the road. 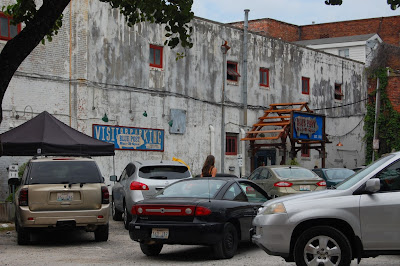 Also on the drive we stopped in Wilmington NC to walk around. They film movies and TV shows here. This back alley and fake BBQ place are part of a scene of a new Melissa McCarthy movie called "Tammy". Sadly all we see them film is a scene where a lot of extras walk through an intersection.. Not very exciting. 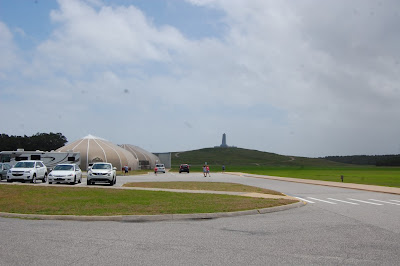 We are staying at a not so great RV park on the Outer Banks in Kitty Hawk.  It is right on the beach which is good.  There is a big storm coming but we manage to visit Kitty Hawk where the Wright Brothers flew. 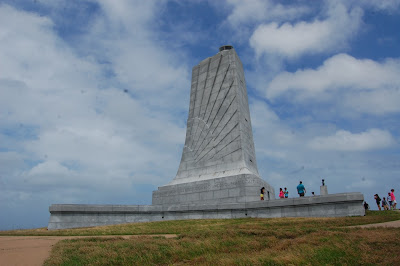 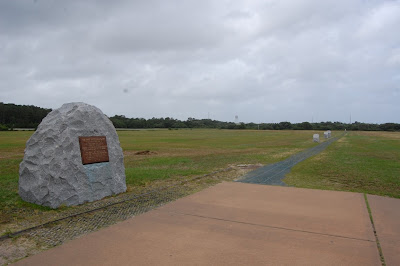 They took off on their first 4 flights and got a little farther each time. The big stone is where they took off and the little ones are where they landed. 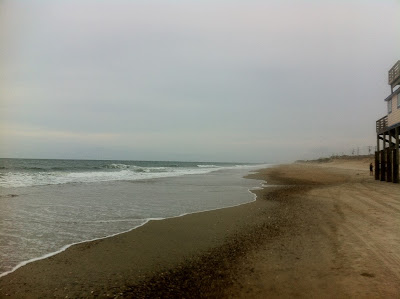 The beach is really nice but the waves are killing us. They are really strong as is the under-tow. 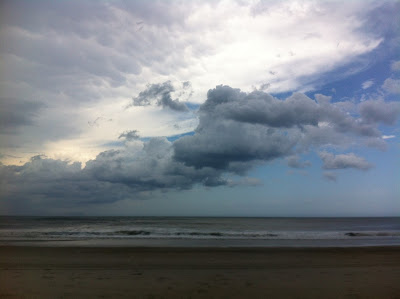 Storm is a coming! 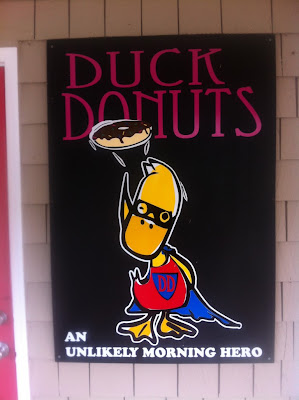 Farther up the Outer Banks is a town called Duck. It is a cute town and they build a long boardwalk over the water for the entire length of the town. Not a Jersey style boardwalk with arcades and such, a nice once.

Anyway Duck Donuts was started there and there are locations all over the Outer Banks. They make plain donuts and then you choose a glaze and a topping which are put on the hot donuts to order. Yum!