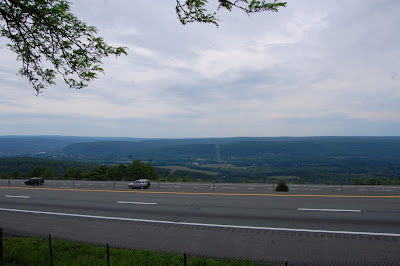 We stopped here at this roadside rest area for lunch. The view was pretty nice.

Oddly at the rest area was a guy I know from Boston on the way home from his sisters house in PA. How random.

Usually on trips we run into people we know but not usually at the rest areas. 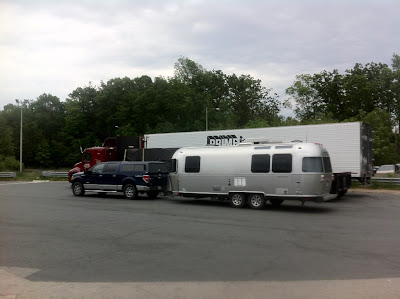 Final Pit-Stop on the Mass Pike for a coffee and bathroom break! We are just an hour from home now. 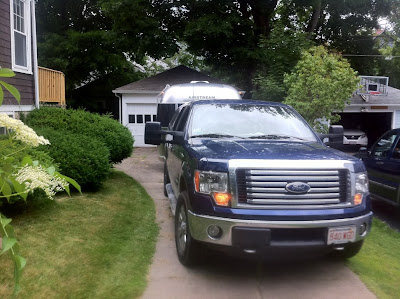 Coming home on Sunday nights was good as traffic on our street was pretty quiet and backing in went quickly.

It takes a few minutes to back the Airstream into our driveway which is barely as wide as my truck. Usually we hold up traffic for a couple of minutes.  The backing up isn't that hard after 2 months of practice but it is more stressful when there are short lines of cars waiting.

It wasn't that late so we ended up unpacking the trailer even know we have plenty of time to take car of all that.
Posted by Brian Ciemian at 9:09:00 AM