A few days in Houston TX 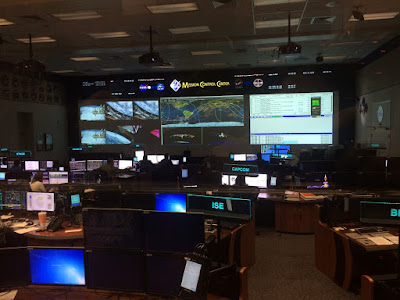 On from the sad town of Beauxmont to the big city of Houston.

We camped rather close to the city in the general area of the NASA facitily. Our second NASA stop of the trip.

At Houston there is a museum but more importantly real stuff you can go tour.

Althoug the process is complicated and we ended up there on a holiday weekend so it was extra crowded. 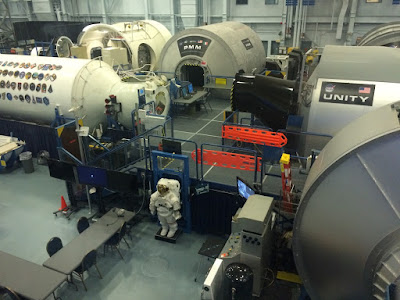 Basically you can take 3 bus tours but they all got to one place plus the rocket park. (which doesn't have much except a Saturn V like we saw in Huntsville). They system is over complicated and annoying if you want to see all three.

Luckily we sign up online via my phone for certain timed reservations which turn out not to be true reservations but just let you cut the line for the next bus leaving.

The top picture is a brand new mission control room (opened today) where they monitor the space station. 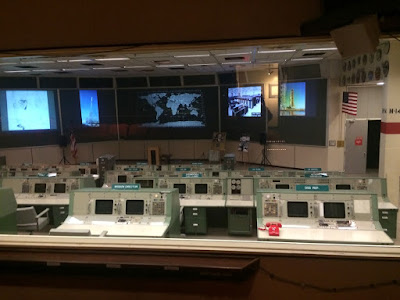 That was one tour New Mission control. Above is the training facilty where they have mock ups of parts of the station for on earth training and trouble shooting. That was tour number two.

The final tour was the Original Apollo Mission Control room. Which was the coolest since the guide told some stories and had funny stories. That flag on the right has been to the Moon!.

They need to re-vamp the tour because seeing all three took hours and each is really only 15 minutes plus the stop at the Rocket Park which you can skip and we did. They do have VIP tour which sounds great but the need to booked weeks in advance but you get a private tour of all these places plus some more stuff. If it wasn't cold and raining I probably wouldn't have cared that much.

The museum also had a lot of good real space ships and equipment, I always like the real stuff. They had a great exhibit all about the space program that really showed how NASA built a little more and more capabilities each mission from Mercury through Apollo. 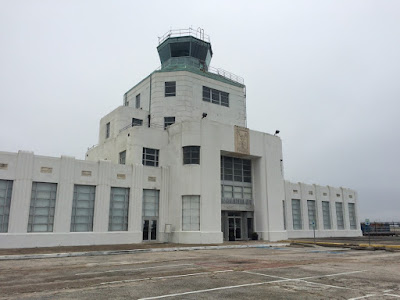 Another fun off the beaten track tourist thing was this old 1940 Air Terminal at the airport (I know surprise we visited an airport!)

It was pretty cool although we couldn't go up in the town as it was filled with junk. 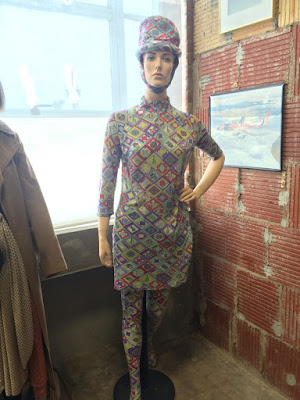 It had some fun displays of the old airlines that flew through the terminal.

The best part however was the museums hangar. We had to walk down the street to it and a nice guy let us into the hanger and showed us some of their planes in the museums collection.

He was really enthusiatic and I think happy people were there for the tour. Plus he is allowed to take us out onto the tarmac to watch planes at the modern airport take off and land. It was cool to be standing out there watching planes. He actually didn't want to leave as it was his favorite part too. Eventually though his boss came down the tarmac and he was in trouble because two more people wanted to get in the hanger and he wasn't there to let them in. 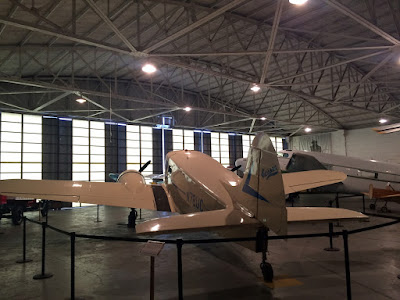 I forget what it cost but it was totally worth the stop.

We also went out for Tex-Mex in Houston and also out to watch the Patriots game on sunday.

We also went to the Natural History Museum downtown which had the most amazing fossils I have ever seen. And a hall of rocks, minerals and gems that was really impressive.