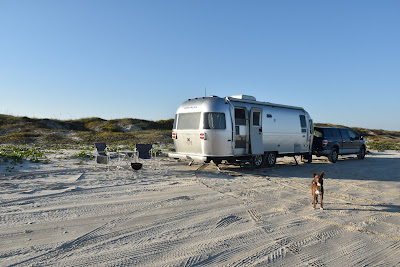 After being in the big city for a while it was time to switch gears and we headed to Padre Island National Seashore.

There are some 60 miles of beaches there you can camp on and with our National Parks pass it is free!

We didn't know what the driving was going to be like so we only drove about 1.5 mile our the beach to a spot where our nearest neighbors were far enough away. 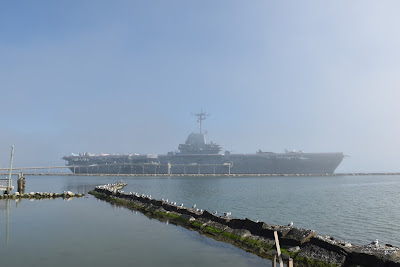 The weather was warm and we barely ran the furnace at night so we had plenty of batteries for 3 nights on the sand without bothering with the generator.

We also had to head into town so not parking too far down the beach made that easier.

We had dinner with a friend of Will's from highschool and her husband who happen to live nearby. It was fun and we ate great food at a local place. 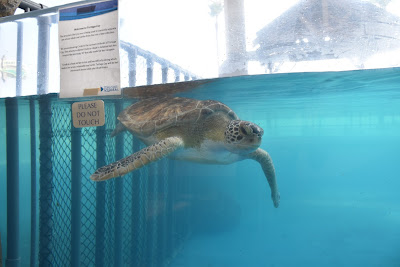 That was one trip to town the other was to get an oil change for the truck. We couldn't get right in so made an afternoon appointment and went to the local Aquarium which was OK, they are expanding it more than doubling it's size but for now it was only OK, And it was very expensive to boot.

The car got done it took a lot longer than expected but it got done and so did our shopping. 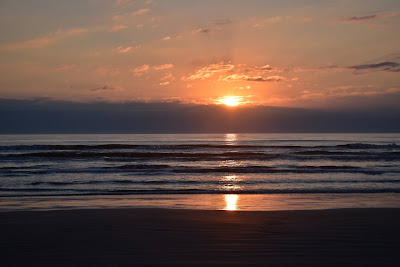 Camping at the beach is amazing, it is so quiet and peaceful.  At night the stars were amazing and we spotted a satellite and a few shooting stars.

We also had a campfire and smores! I think that was the first fire of this trip! 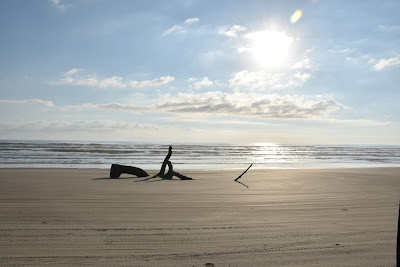 Now that the trailer was un-hitched we took a drive much farther down the beach about 20 miles in total. They tell you any car can make the first 5 after that 4 wheel drive only.

Actually the first 20 we all fine for any vehicle and then the sand started to get softer and we didn't want to risk getting stuck so we turned around.

We also filled a few bags of washed up trash a volunteer had provided us with. 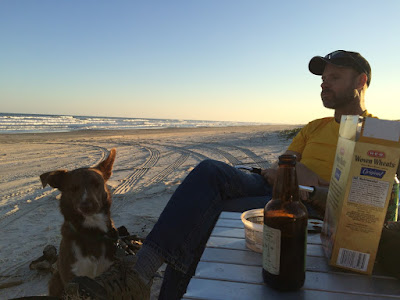 Relaxing on the beach was fun and Tucker liked the birds.

We went back to the visitor center and took a birding tour with some volunteers and saw some 36 odd species of birds. It was pretty cool and in a van which was nice, they provided bird books, a checklist and a binoculars and it was free.

We would totally come back here to camp again maybe for longer and maybe further our the beach.