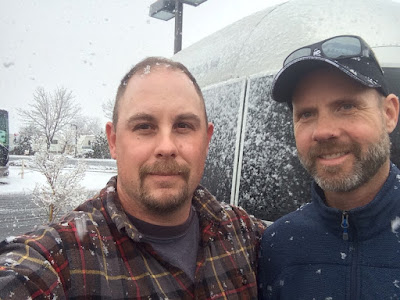 Well the bad weather and snow found us. We ended up leaving Carlsbad a day early because the storm was supposed to drop enough snow there that we might have had a hard time getting on the road.

We did however still get snow in Las Cruces, NM. 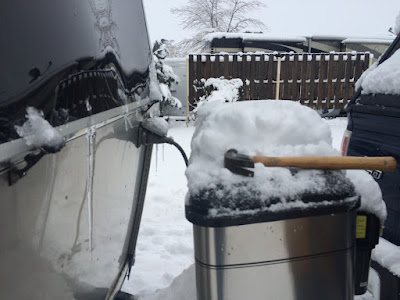 I think we got about 6-8 inches and some very cold temperatures. The campground dog park was completely flooded and became an ice rink!

The days ended up getting warmer and there was a lot of melting and messy snow.

We had a small flood in the trailer too, but it wasn't too bad. Poor Tucker I wonder what he though was going on. 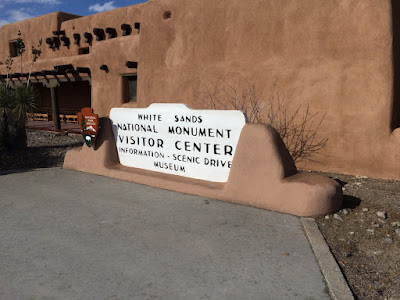 We took a drive up to sunny and warm White Sands to see the white sands.

Sure enough people were sledding on the sand as if it was snow, they could have just stayed in Las Cruces and sledded on real snow!

White Sands is pretty cool and we did a hike around the dunes which is a lot like walking on the beach.

At the same time jet fighters are cruising the skys from the air force base.