Hiking in Phoenix and off to Show Low 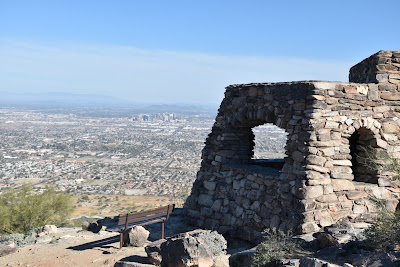 We drove up to South Mountain State Park one of the largest state parks anywhere. At the top we took a nice hike. 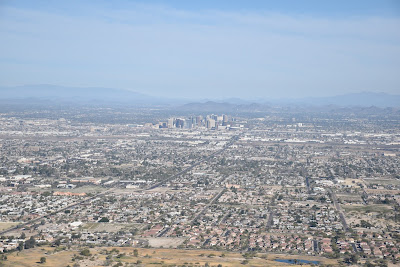 We had an excellent view of the city and the sprawl of Phoenix.

We also spotted a very large lizard of some kind although it was too hidden and fast to get a picture. 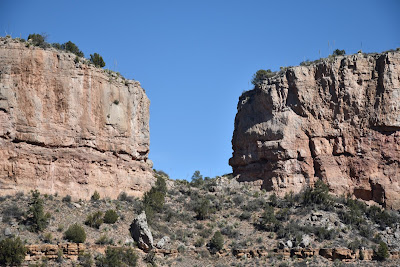 We left Phoenix and headed through the mountains towards Show Low at town named for a poker game. It is high up so it might be chilly there but it is on the way, 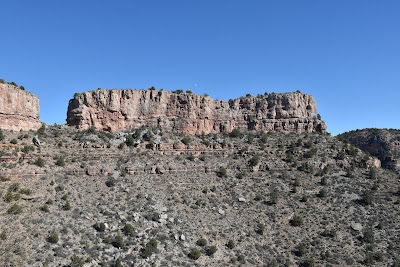 The views on the very windy and hilly drive were amazing. 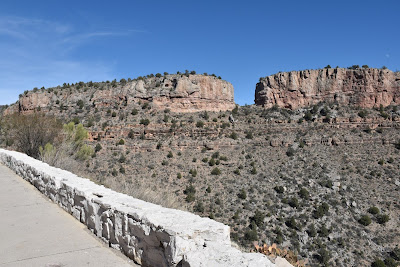 It however was slightly tempered by the sound of another failing coil on the truck on some of the steeper up-hills. 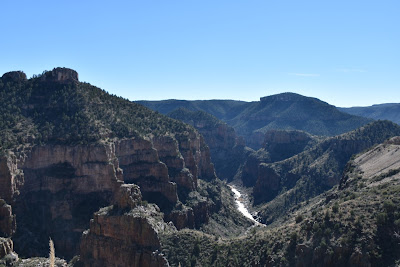 We found a nice empty campground with the most amazing internet a very rare thing indeed.

And there is a Ford deal but it was too late to get the car in today.
Posted by Brian Ciemian at 9:18:00 AM