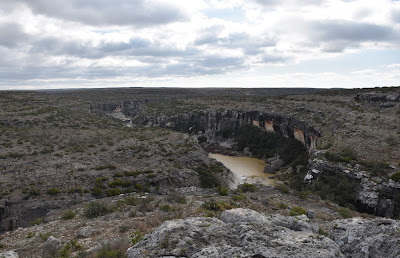 Since we retracing some of our steps we only spent 1 night at a Walmart in Las Cruces and then a night in Marfa, TX where we didn't see the famous "lights".

Then we pushed on to Seminole Canyon State Park in TX a park on the Rio Grande. 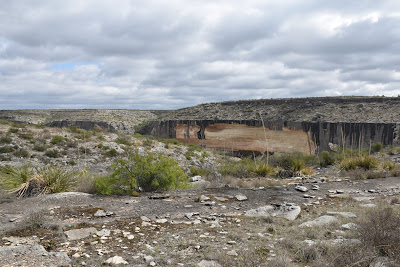 Will did some work while I took a hike around the rim of the Canyon. 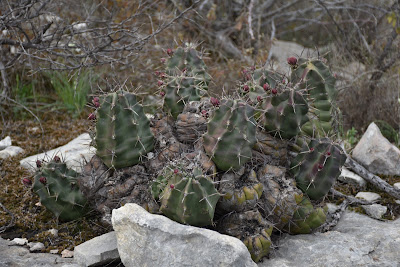 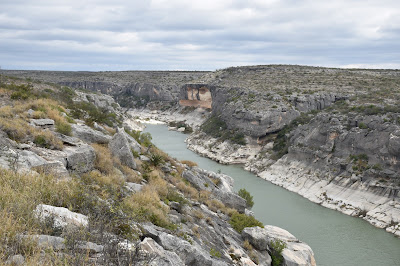 The hike followed the canyon rim which was little like walking along a fractal. 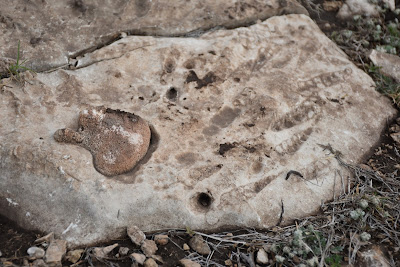 Fossils are even better than petroglyphs and this was cool example of some sea creature and a fully 3D fossil of a sponge. 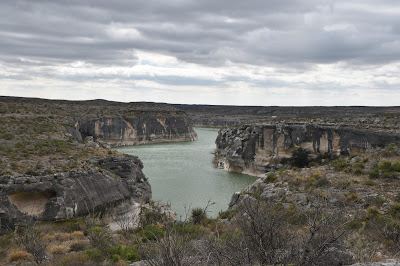 The park is pretty nice. We spent a couple of nights here because the weather was pretty crappy for one of them. 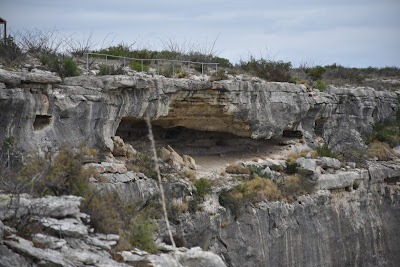 Native Americans lived he in past and I was on the lookout for my elusive arrow head. 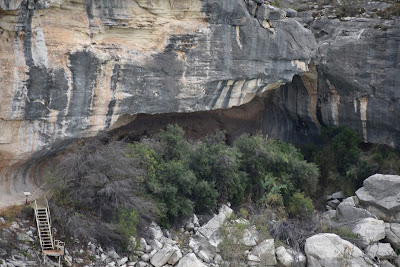 Down in this cave there were pictographs but you could only go visit them by a special boat tour. 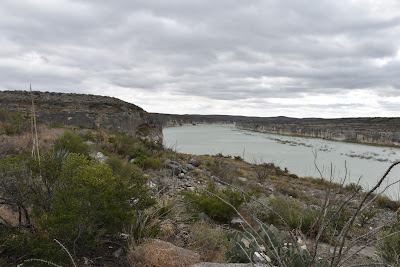 The Rio Grande which we hung out near on a number of occasions on this trip.
Posted by Brian Ciemian at 3:53:00 PM