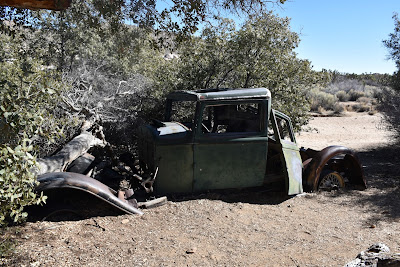 Over near Barker Dam there was an area our stoned friends call "Wall St".  It was the processing area for the Eagle Cliff Mine. 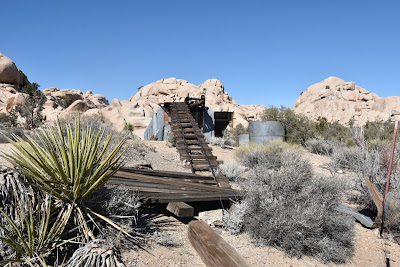 It was also down some dirt roads and a short hike.

There is a lot of old Mine Junk here! 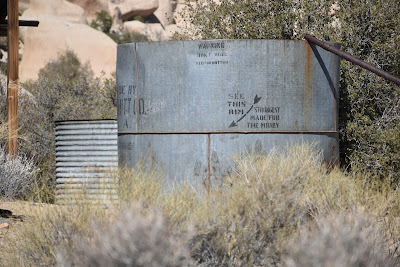 Amazing it is in pretty good shape. 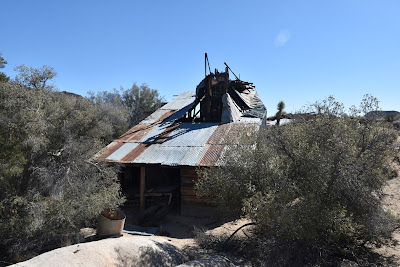 Unlike the miner's cabin which we could poke around in this is all roped off.

Maybe because they used cyanide or because the stuff could fall down at any moment. 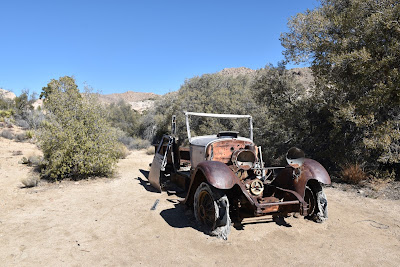 Several cars litter the site and those you can poke around in.

I don't know how they managed to move ore around on dirt roads with such primitive roads and cars. 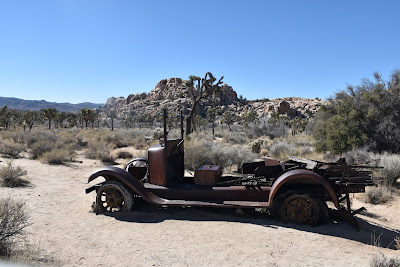 And of course there weren't any car repair places or AAA at the time. 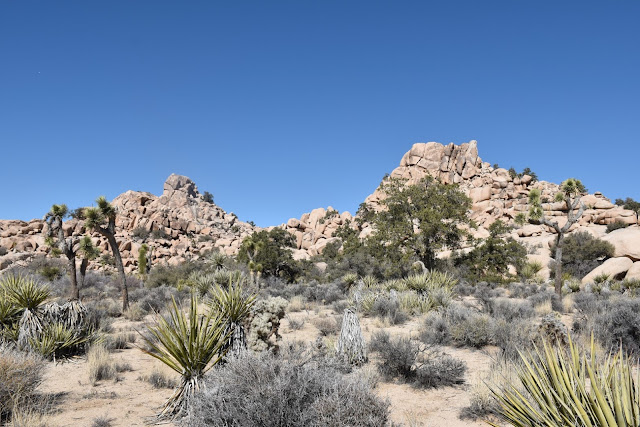 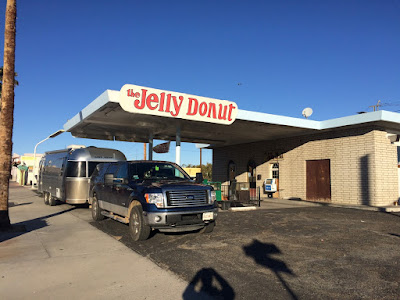 The next morning we got on the road to our next destination.

First we stopped here at the Jelly Donut!

It isn't often you can pull the trailer into a donut shop. 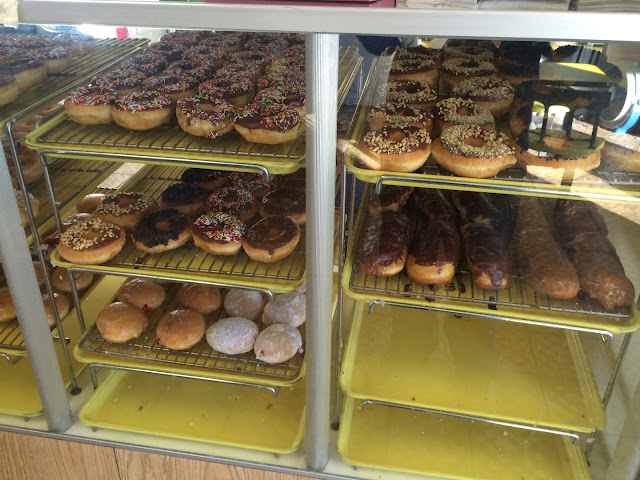