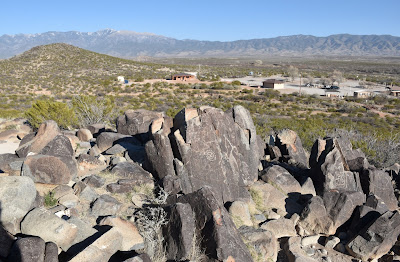 Three Rivers Petroglyph Site in Tularosa, NM was one of my favorite places we visited on this trip.

It is run by the BLM and has a few campsites right at the site itself and a larger campground a few miles down the road. 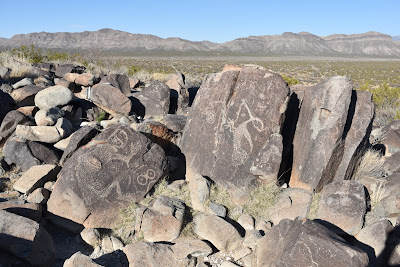 At the site there are some 21000 Petroglyphs carved into the rocks. They are everywhere and about 600 years old.

There are also the ruins of a little village. 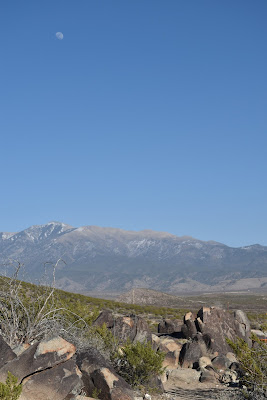 In true BLM spirit the camping cost just 9$ a day for the full hookups.

Also in the free-for-all spirit of the BLM you can just wander anywhere you want to look at the glyphs.

There is a trail down the main ridge with descriptions and such but we actually found much better glyph off the beaten track. 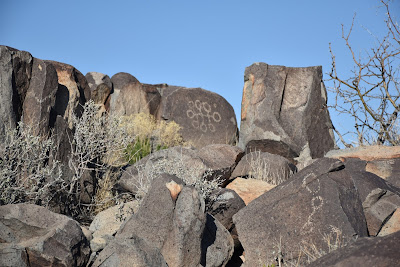 On each side of the main ridge there were several other smaller rocky hills which we explored and were also covered with carvings. 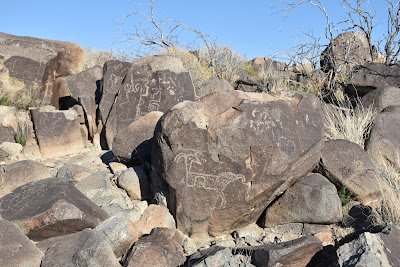 Seriously I could wander around here for days looking at them.

Some are really cool using the bumps on the rocks or the corners to make 3-D faces or animals. 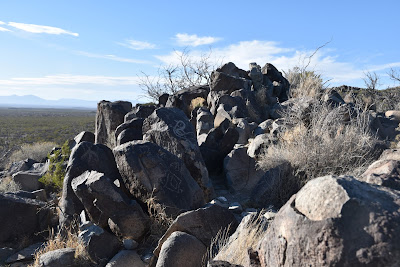 I don't know how they really counted all the carvings but there are a lot of them. 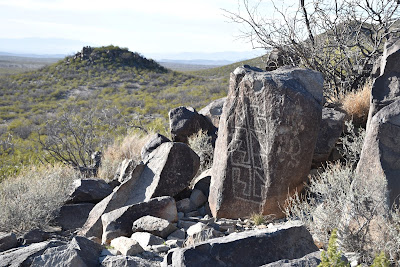 We spent 2 nights here and took 3 different walks around the area.

That hump on the left was one place we explored. 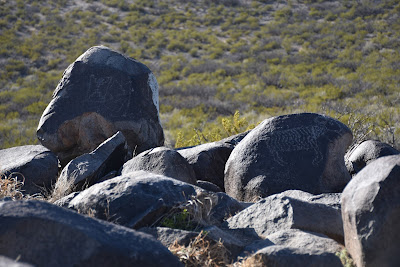 Although Tucker wasn't allowed on the main trail the very helpful and friendly camp hosts showed us on the map where we could take him which was basically anyplace else. 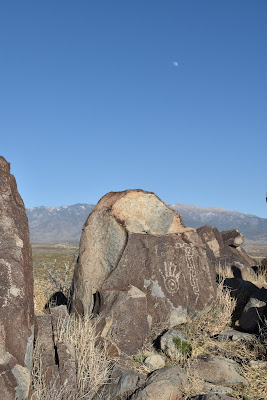 I'm not sure how big the BLM area is but it was more than enough for Tucker to run around and chase bunnies.

We also found some pieces of pottery which is probably also 600 years old.

I wanted to find an Arrow head someplace on this trip but I never did. 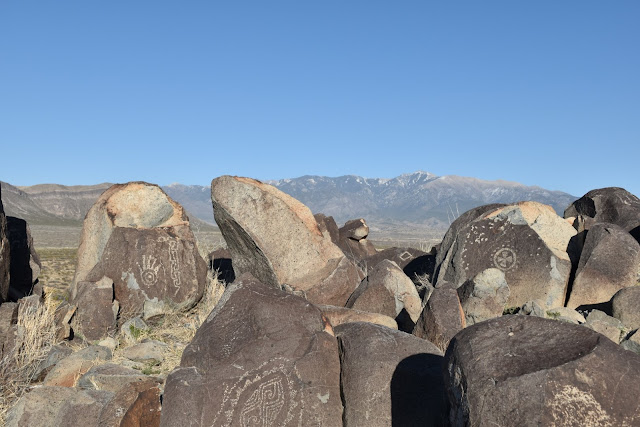 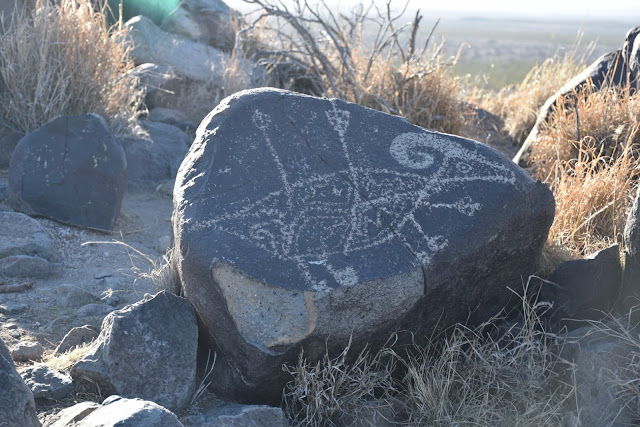 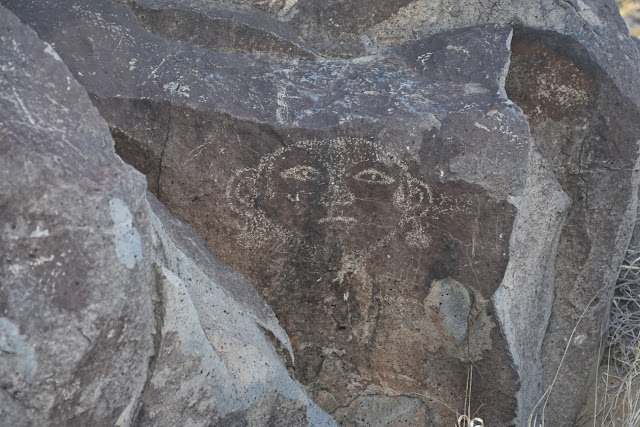 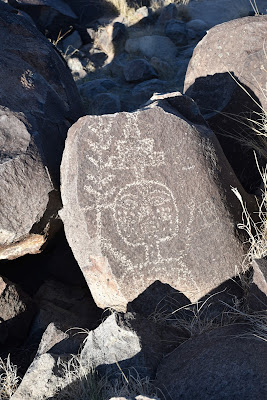 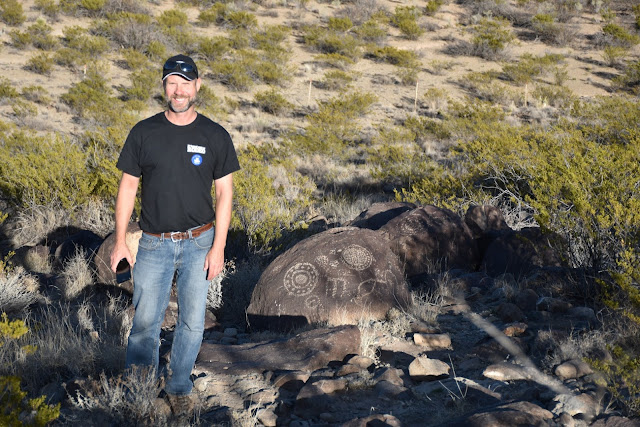 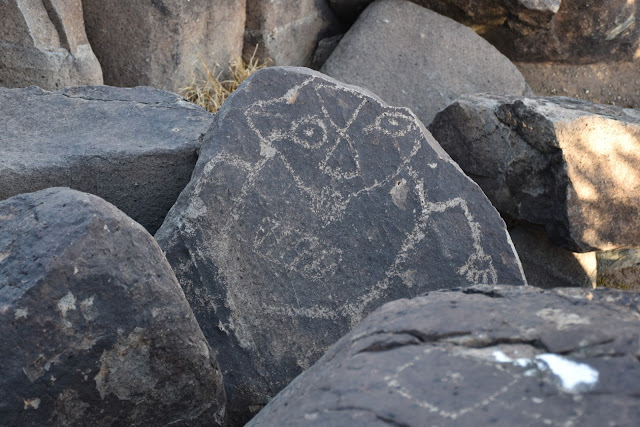 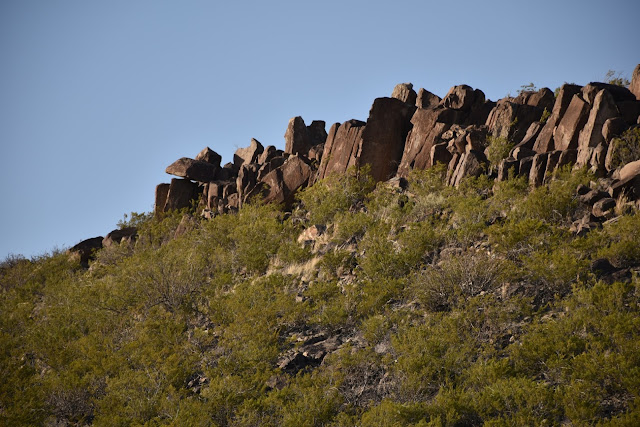 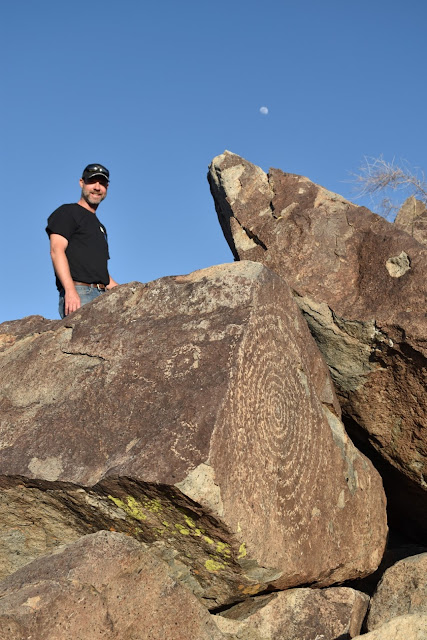 I took a lot more pictures but I only posted a few.

But you can tell I liked this place. 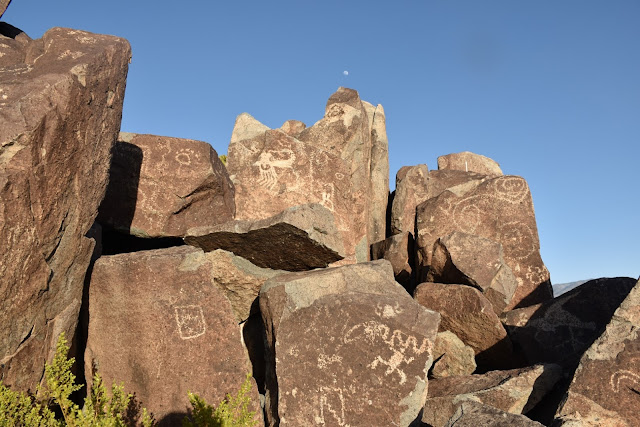 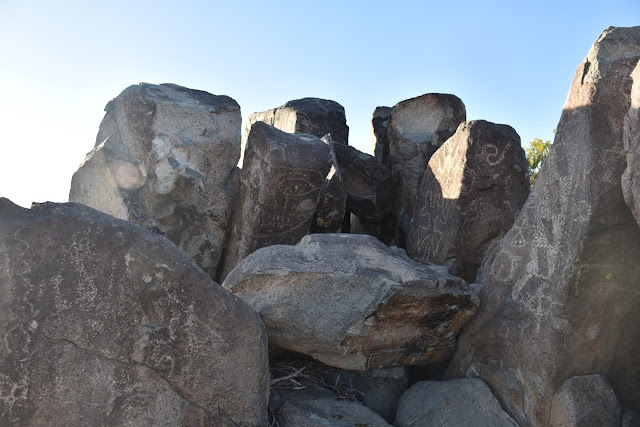 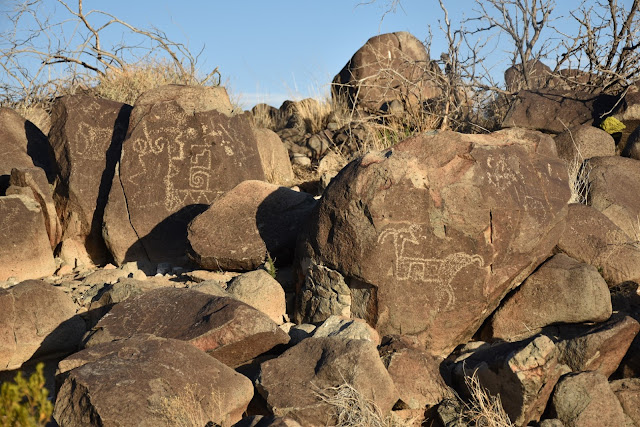