Fort Niagara, Erie Canals and more of the Falls 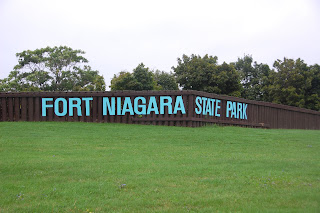 Today we went to visit Fort Niagara State Park, it isn't what you normally think of as a state park. Actually is more like a town recreation area with various play grounds and ball fields. It is also empty being September and the kids being back in school.

It also has a small museum and Old Fort Niagara which we decide to checkout. 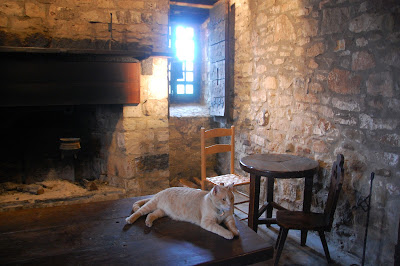 This cat was just lounging around at the fort. He was pretty cool, after I took his picture he let me pet him.

The Fort is pretty cool and mostly setup as it would have been back in the day. There are people dressed in period garb telling you about various parts of the fort.

I love this kind of stuff provided they don't try to act too much. 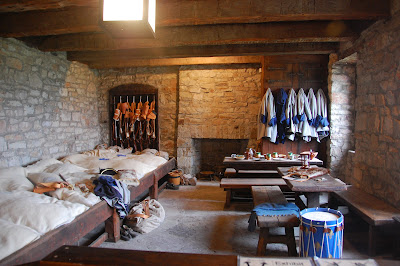 The living conditions were pretty rough unless you were high up in command.

We watched a blacksmith in the court main courtyard of the Fort make some tools and hooks and various items.

A little bit of rain started so we moved on. 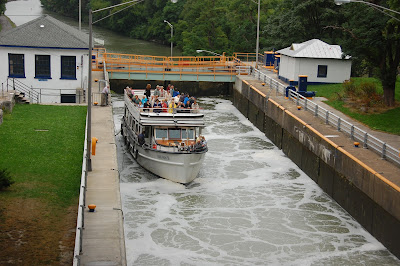 Next was on to the Erie Canal. In Lockport NY you can walk around on and see locks 34 and 35 in action. It is pretty impressive as we watch this tour boat get lifted up through the two locks.

The boat tour probably would have been fun but it was almost a 4 hour commitment and we were already kind of tired from hiking around the fort. 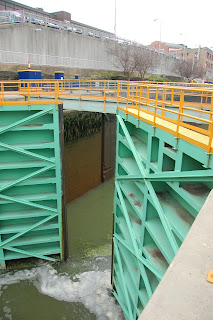 On the right you can see the lock doors closing up getting ready fill with water and raise the boat up another level. There is a small room on the locks kind of a rough museum full of old logs and other pieces of hardware from locks.

It is still a little damp and we want some coffee but find nothing in the generally Lockport area so we head back to the campground for a french press of coffee. We just miss the big fella below landing but manage to snap this blurry picture as we drive by it taxing. 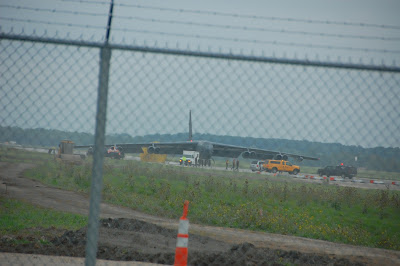 After the coffee and a little relaxing we made dinner and decided to take the dogs to see the Falls at night. They are really lit up at night from the Canadian side. 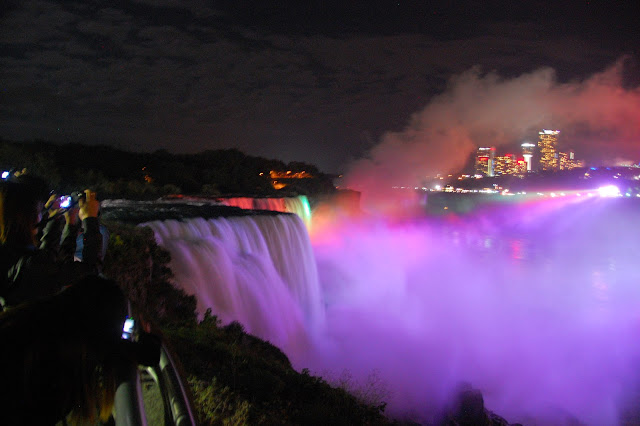 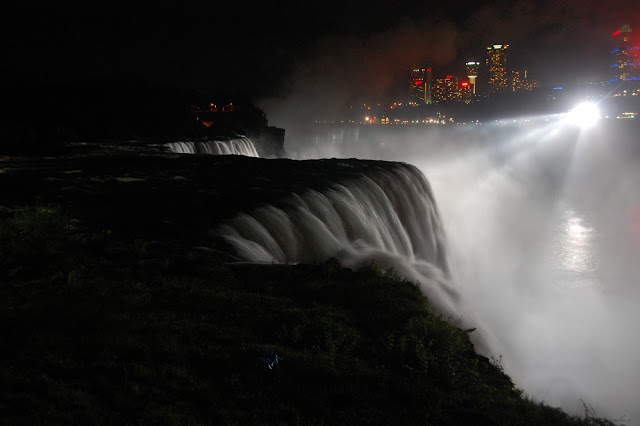