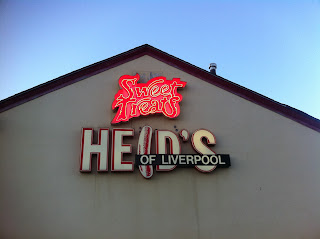 Sadly after the airshow we have to start driving home. But we still have a few things to see on the way. It is a 2 day drive home so we aren't doing too much driving each day.

On the first leg of the journey we stop in Liverpool NY to his a hot dog place called Heid's, the line was long and slow but the dogs were good. We also take the dogs out and let them stretch their legs a bit.

Oh and get some Ice cream too! 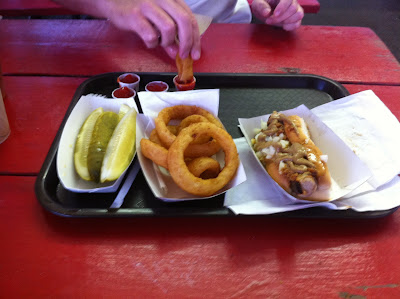 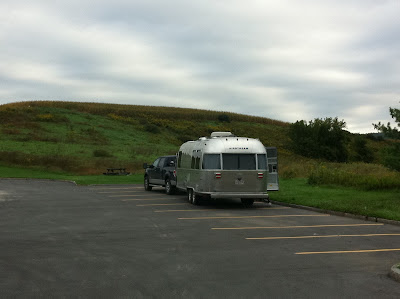 After Heid's we are back on the road to Cobleskill, NY.  It isn't too much further and we arrive at our "Campsite", it is lush and green as there have been crazy amounts of rain in this area. The ground it totally squishy.

Of course this is a free campsite so you can't complain. 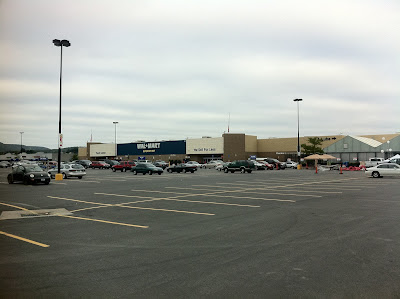 It is of course the parking lot of the local Walmart Super Center. Another 2 rows of parking to our left are some other RV's but we never see or hear them.

We are at a slight disadvantage being we don't have a dumpsite to stop at on our way home so we can't use out facilities. But we can cook and have TV, and heat of course we aren't savages. 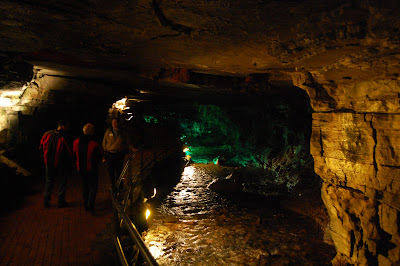 In the morning I am sad to say we have breakfast in the Walmart and use their facilities.

We head out and drive down the road to Howe Caverns a cave I went to when I was a kid. It is quiet and we get basically a private tour along with 2 other people. 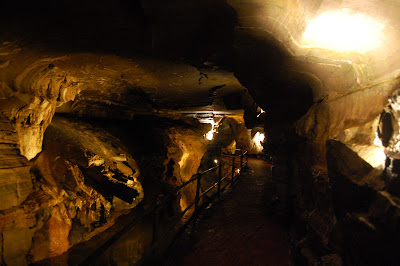 The cave is pretty cool although the childish names they have for the rocks is annoying because I'd rather learn something about the rocks and cave than know people think a particular rock looks like bacon or a witch.

The cave has almost gone under dozens of times and they keep managing to keep it open, the tour isn't cheap, I don't know how they lose money! 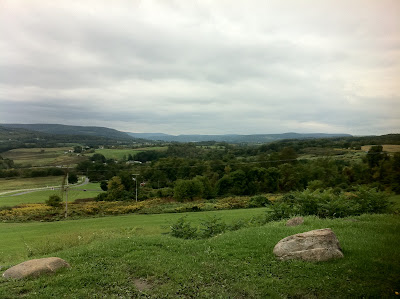 The best part about the cave is that someone found it because Cows used to congregate around an opening to it when it was very warm. Cold air came out of the opening the cows liked the air conditioning!

The country is nice too, you would never know there is a huge cavern under it.

Oddly if we had been a week early the rains had the cavern flooded to the roof and we wouldn't have been able to tour it.

The rest of the drive goes fine but it is sad to leave the trailer at the storage yard knowing it will probably be months before we can take it out again. But we have big plans when we do.