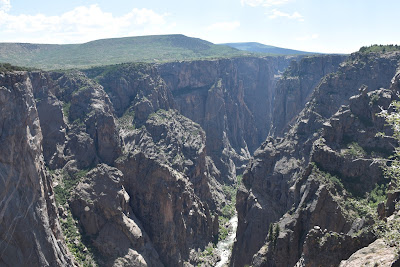 The Black Canyon is pretty amazing, the sides of the canyon are so rugged and steep.

We kind of wimped out and didn't hike to the bottom. You would basically just go straight down to the bottom look around and then hike straight back up.

We did the park road and a shorter hike at the end of it where we got this view of the area outside of the park. 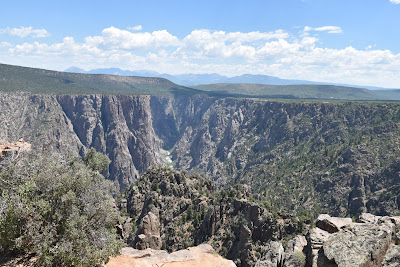 The steepness of the wa make it dark in the canyon and that is why it is called Black Canyon. 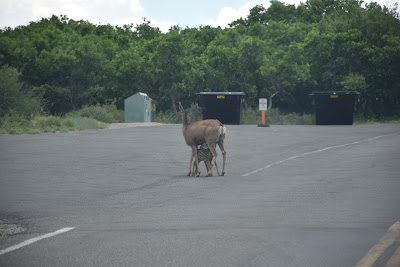 We weren't allowed to camp in the park because of the time of year meant aggressive momma deers would be protective of their does. So dogs aren't allowed in the campgrounds.  They were also very full and had very few sites big enough for our trailer anyway. 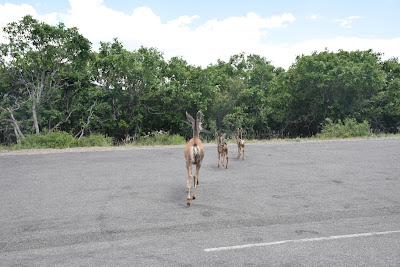 The deer were really cute! 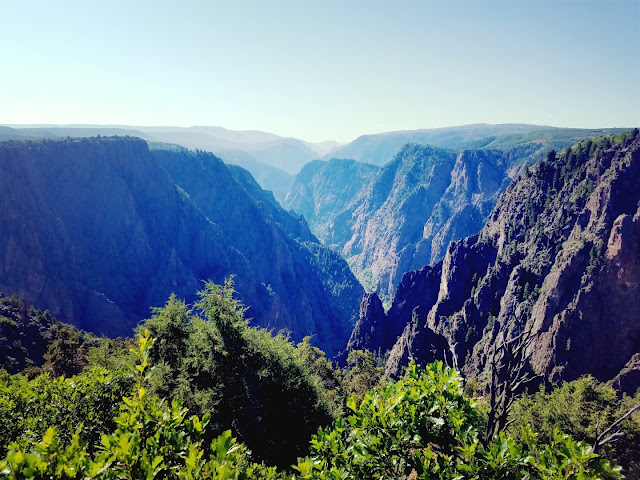 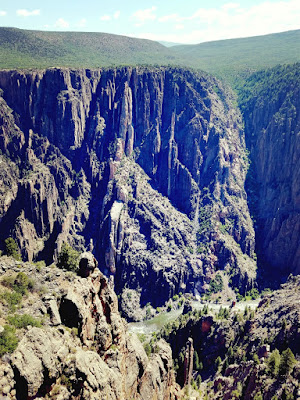 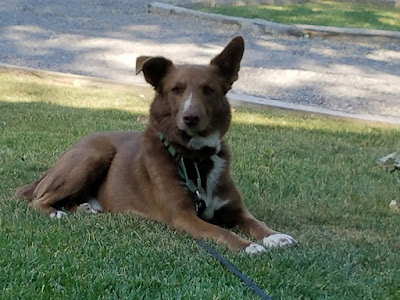 Tucker basking on the grass at our KOA site. It was expensive but at least it was nice and we had a pool too. We spent the 4th here and there was a BBQ and music.

We also met up with our Airstream buddy Bill and had some delicious Mexican food and margaritas.
Posted by Brian Ciemian at 2:05:00 PM