A hike down the Gorge 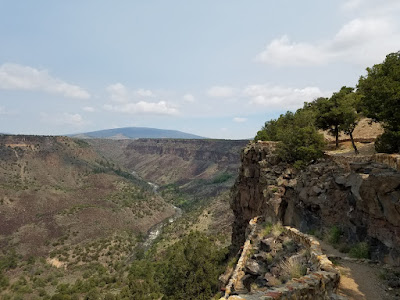 Today we took a drive up to the Rio Grande Del Norte BLM area.

There are a few campgrounds here and some trails, today we are just hiking.

We are starting on the rim of the canyon and will be doing a fairly long loop down along the river back up and back to this spot. 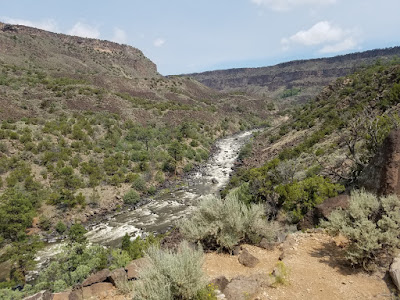 The Canyon is almost 900 feet down and the descent was pretty much straight down.

Tucker is on this hike as the website and a book said it was cool but the signage actually said nope. Although that may have just been the first little bit of the trail where there were interpretive signs. 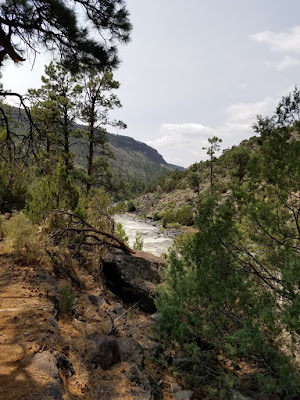 Once down in the canyon we just basically followed the river.

It was pretty nice out as we started on the early side. 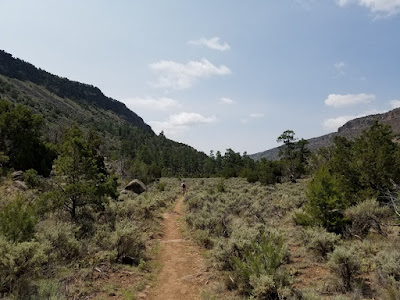 Later it got a bit warmer but not too bad.

Down in the canyon they have a few campgrounds setup for backpacking through.  I am sure at night in the canyon is very peaceful. 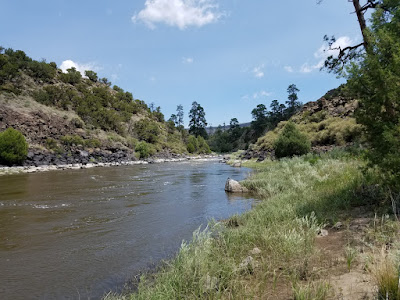 Some parts of the river were swift and others were more placid. We eventually hiked to where another river joined up with the Rio Grande.

We had lunch at a picnic table at one of the campsites at the meeting of the rivers. 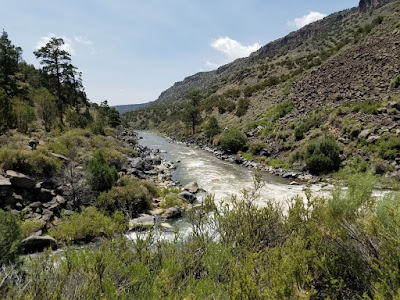 Here you can see the second river coming in from the left joining up with the big river. 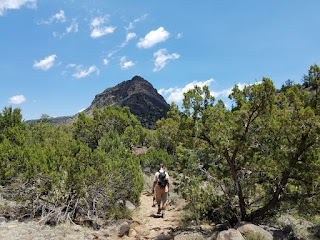 Sadly after lunch we were met with a up hill portion of the hike. So strange to have this near the end of a hike.

Much like the down hill portion it was straight up. With a mixture of switchbacks and stairs. 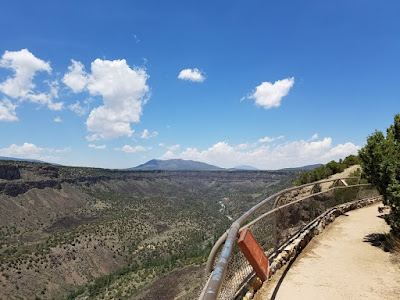 By the time we did this climb it was 12:30 or so and much hotter than when we started.

It was a hard and very sweaty trudge. 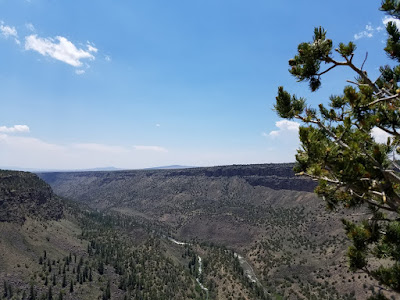 And after all that we still had about 2 or 3 miles of flat walking to get back to the car.  Some of which ended up being right along the road and not very picturesque.

Overall though it was a good hike and a good workout.
Posted by Brian Ciemian at 9:43:00 PM