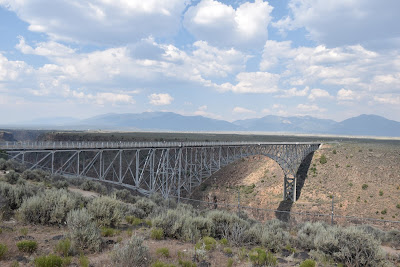 We are in Taos NM, it is smaller than Santa Fe and has a slightly different vibe.

This is the Rio Grande Gorge Bridge, it is a bit scary!  Will walked out to the center to take a picture but I stayed with my feet on the ground. 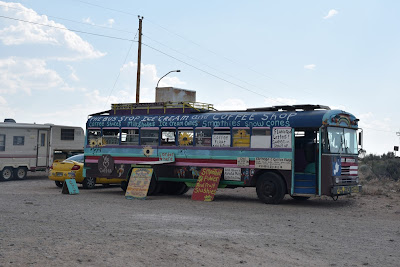 Solar powered coffee shop! I almost thought I was at the Common Ground Fair in Maine where everything is from Maine, Organic and often solar powered.

I didn't try the coffee as I think we had just had some. 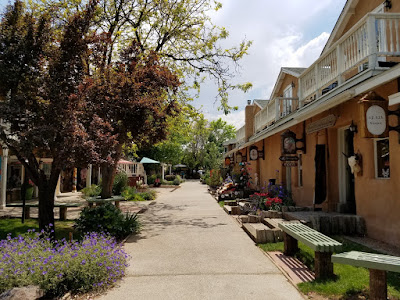 We took a walk around town to checkout the city and the shops. 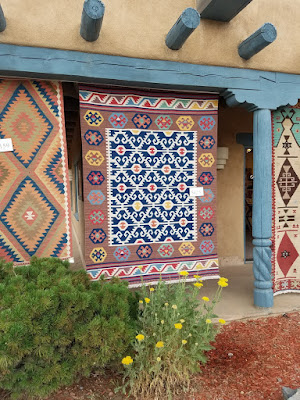 I really liked this rug but really we don't have anyplace it would fit back home.

Not to mention the dog would probably throw up on it at some point. 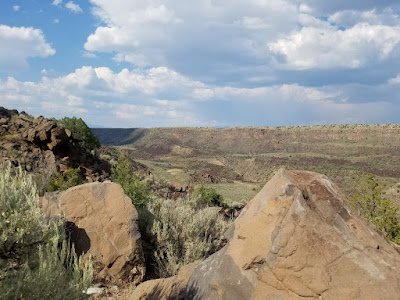 Some more views of the canyon.

At some point we are going t hike down to the bottom just north of the bridge to checkout some hot springs, not today though. 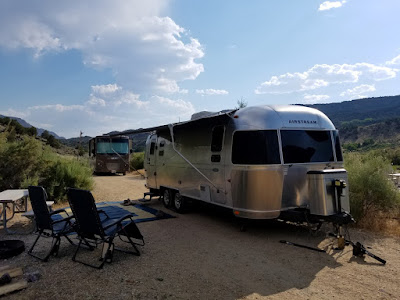 There are a few nice campgrounds south of downtown that are cheap but offer little in the way of frills.

We couldn't get an RV spot in our first choice which had a few nice trees for shade. But out second choice wasn't too shabby. 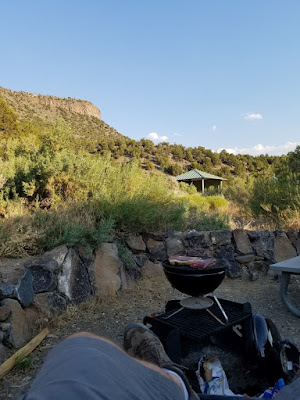 The campground is pretty quiet and remote with only about a dozen sites. I think they all ended up filling up.

Including the one next to ours where for some odd reason an old gentleman with several dogs parked facing the wrong way. No matter to him he took out some trimmers and a shovel and removed all the vegetation from around the electrical hookups so he could have a front yard.

He was a little bit of a pain as he wouldn't leash his dogs and was constantly yelling at them. Poor dogs too he didn't have AC and it is still HOT. 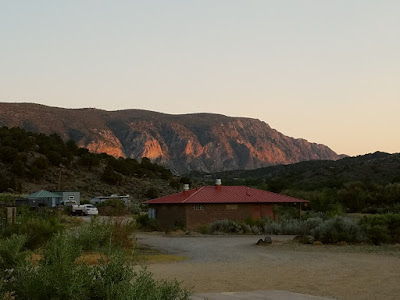 Sunsets at camp were pretty nice. As were the stars on the nights it was clear.
Posted by Brian Ciemian at 9:11:00 PM