On to Durango, CO 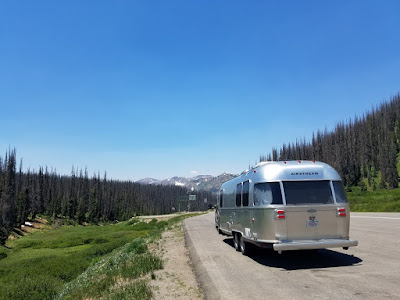 Sadly after one of those sand hikes we noticed we had a complete flat on the truck.

We pumped up the tire and left it overnight till the morning and it was still looking like it lost some air so we drove down to a parking lot and changed it.

We got on the road a little late but it didn't matter. Here we are stopped on a pass on the continental divide in Colorado. We had lunch here and gave Tucker (and us) a little walk. 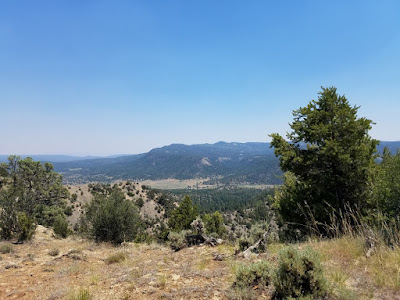 On the way to Durango CO we detoured a bit to the Chimney Rock National Monument.  It is another site built by the Ancient Pueblo Peoples.

We got really lucky as they had parking for the trailer and a shaded kennel for Tucker. And we managed to get a nice ranger to drive us to the top of the mesa as the trailer couldn't make the drive. Much better than un-hitching. 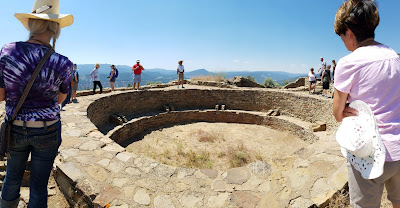 In second bit of luck we had perfect timing and the ranger who drove us got us hooked up with a tour that was already in progress.  Without a tour we wouldn't have been able to see some of the best parts of the site at the very top of the mesa. 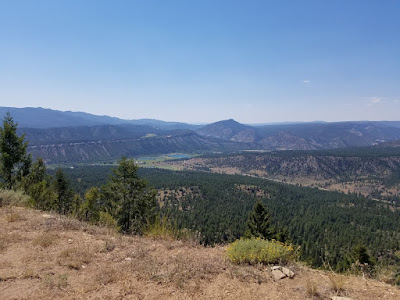 The drive up was most of the altitude gain but then we hiked up to the tip top the same way the people who built would have. Including carrying the materials as they had no beasts of burden. Or nice rangers to drive them around! 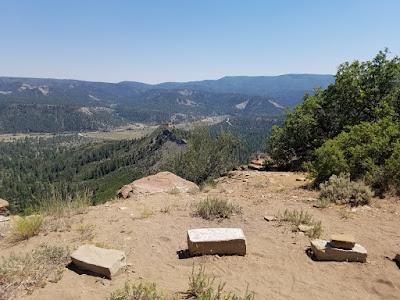 Much of the timbers and materials came from off in the distance of this pictures, so it was a big undertaking.

Although no one is sure what this place on the top of mesa was used for. 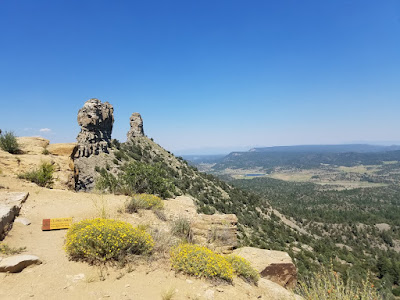 Those are the actual Chimneys for which the park was named. Driving up you can see them for 50 to 100 miles away. 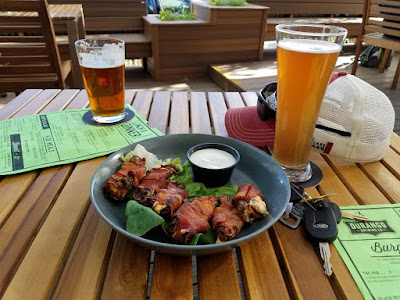 We made it to Durango with no problems and pulled directly into the first Ford Dealer to ask about the tire. They said they could do it in the morning (It was about 4:15pm). I did buy a few new tire bolts as they have this plastic cover and a few of them cracked when I tried to get the tire off.

We then checked out the Walmart where we planned to stay and I called a tire place on the other side of the shopping center and he said bring it right over! So the tire was fixed by 5 pm! There was a big arrowhead shaped rock causing the leak.  But all hitched up it was no time to be swapping a tire so we headed to a local brewery for beer and dinner instead! Followed by a peaceful Walmart night and some grocery shopping in the morning.
Posted by Brian Ciemian at 10:03:00 PM