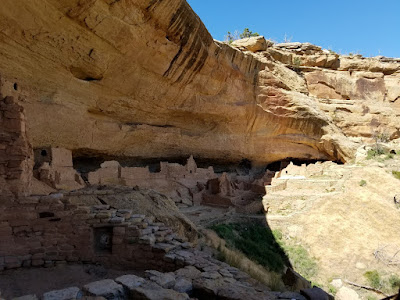 Starting at a Walmart in the morning has it's advantages. First we got our shopping for the next few day done, second we got to our next stop before our site was ready.

The campground suggested we go right across the street to Mesa Verde NP and get some info. 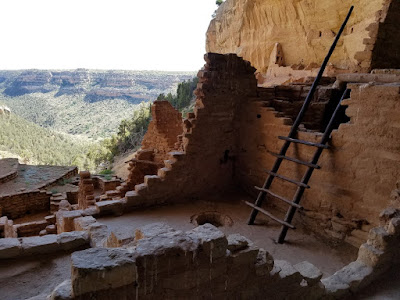 It was a good idea actually because we managed to get tickets for 3 different Cliff Dwelling tours which fill up fast. Because we acted early we got times and days that wouldn't have been available if we hesitated. 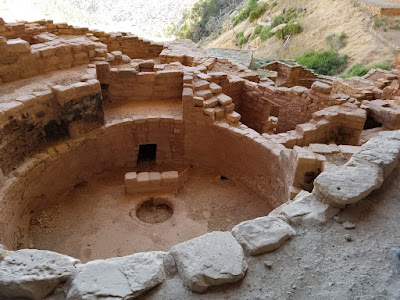 The tours are a lot of fun, some do require some walking and steep stairs or ladders.

The dwellings are very impressive. Although they have been massively re-constructed and repaired since they were first discovered. 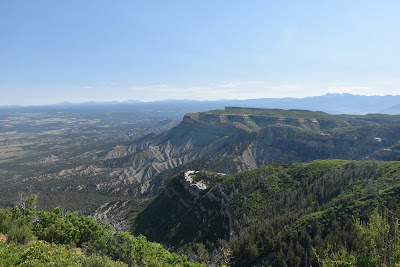 Also part of the park is a very twisty park road that winds around the various mesas. 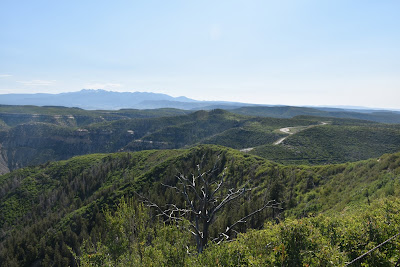 Some parts of the road are a little scary if you aren't happy with heights. That is me BTW. 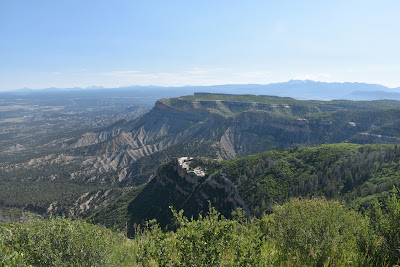 The scenery is really amazing. 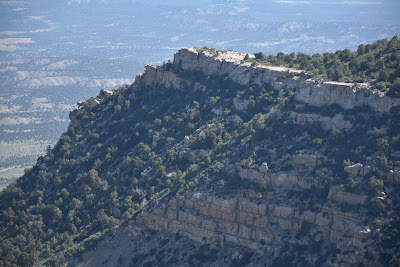 The people who lived in the cliff houses originally live and farmed on the top of the mesas before some of them moved into the cliffs. 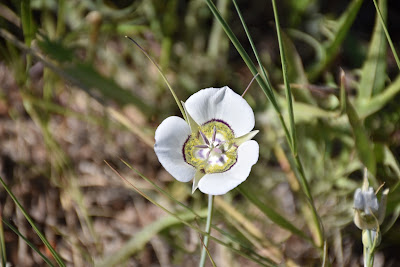 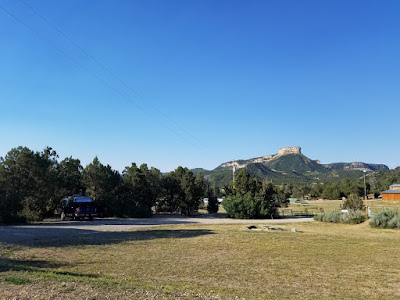 Our campground is right on the other side of the highway from the National Park.

So we have a pretty sweet view. 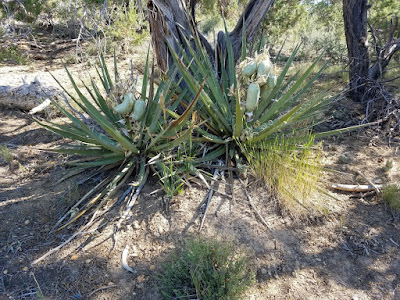 On one of our tours that included a hike I learned something new.

Yucca plants can fruit! They don't seem to do it every year but they do fruit and you can eat them.  However they don't ripen until the winter when they turn sweet.

The ranger says you could find yucca fries if you look around local menus.  We never saw them or I would have tasted them. 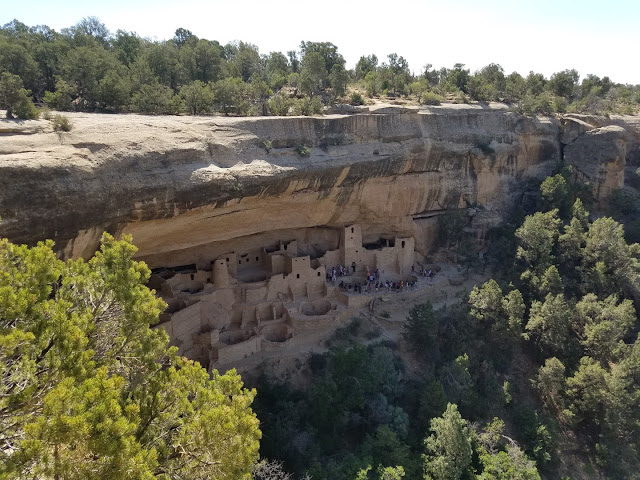 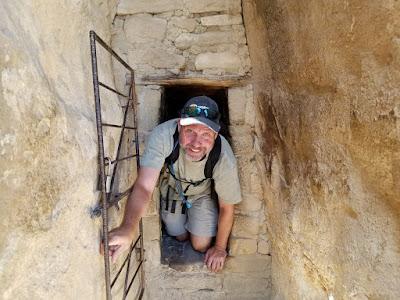 To finish this cliff tour you had to crawl through a little tunnel before scaling up the cliff with some metal rungs and wires back to the top. 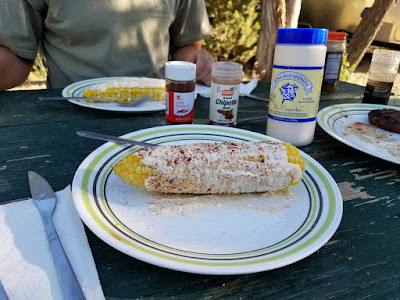 Will's invention for dinner! Corn on the cob with Mexican Crema sprinkled with both chili and a tiny bit of chipotle powder!

It is awesome, we have been eating it at least once a week.
Posted by Brian Ciemian at 1:27:00 PM