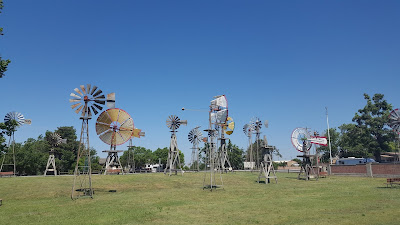 On the drive to TX we stopped in Shattuck OK to have lunch and see this windmill museum.

Some of them were really cool and the host at the museum was really friendly. 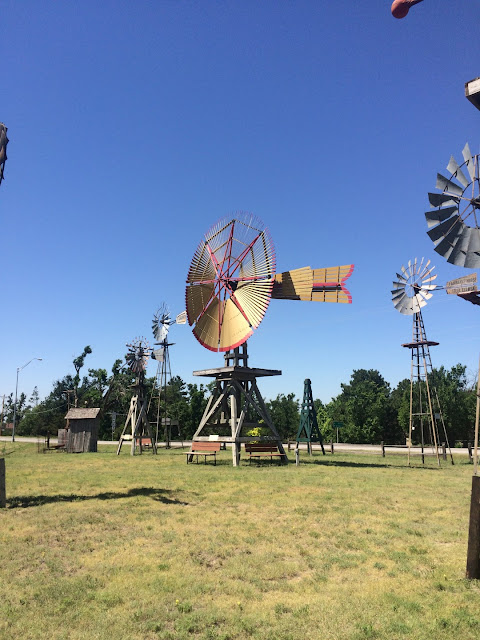 Palo Duro Canyon's Campgrounds were all booked up and probably turns out for the better.

Down in the canyon it is even more blazingly hot than it is up top. 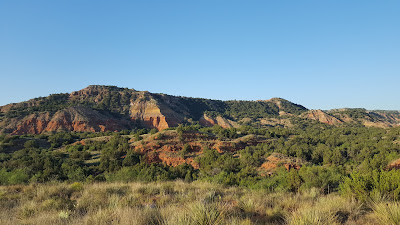 There was reasonable prices camping with electricity to run the AC nearby.

The Canyon itself is really pretty though. Would be better if it wasn't over 100 degress though. 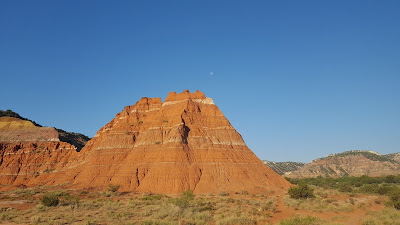 To make up for the heat we got up very early and did the Lighthouse Hike.

It is probably the most popular hike in the park. It was nice and cool when we started. 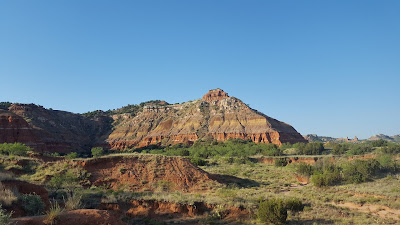 It isn't the most difficult or longest hike but it had a lot of great views. 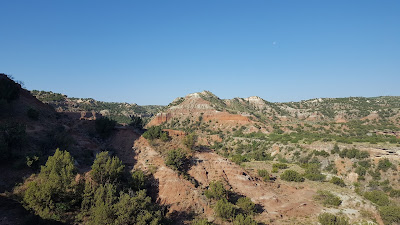 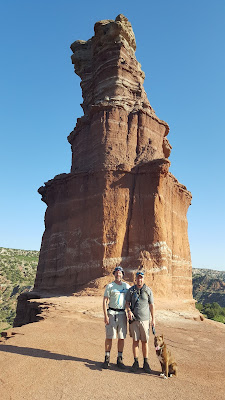 Here we are at the Lighthouse that the trail is named for.

It is a fun formation and almost seems designed to take pictures at. 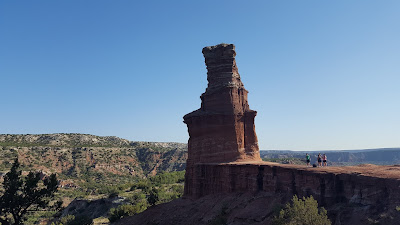 Another view of the lighthouse. 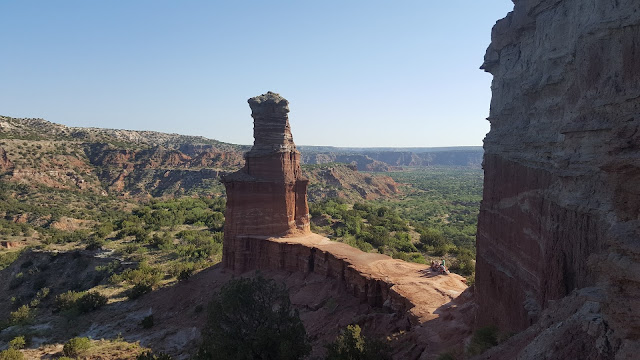 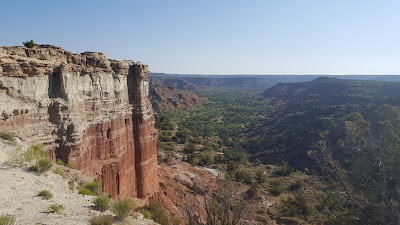 Some more shots of the canyon.

I can see why my brother and his wife liked this park so much when they lived in TX. 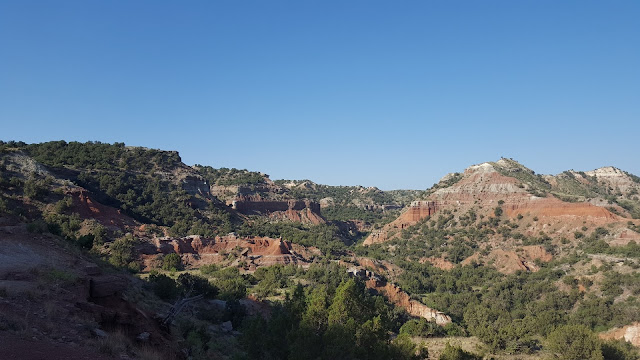 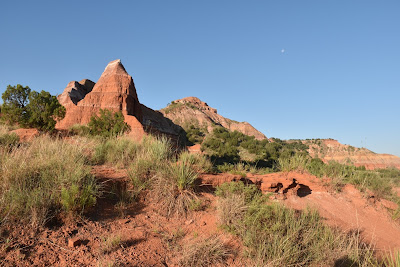 It would be fun to come back and explore more of it when it is much much much cooler. 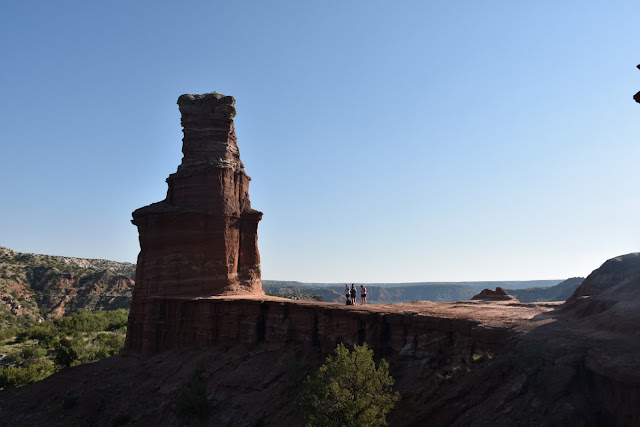 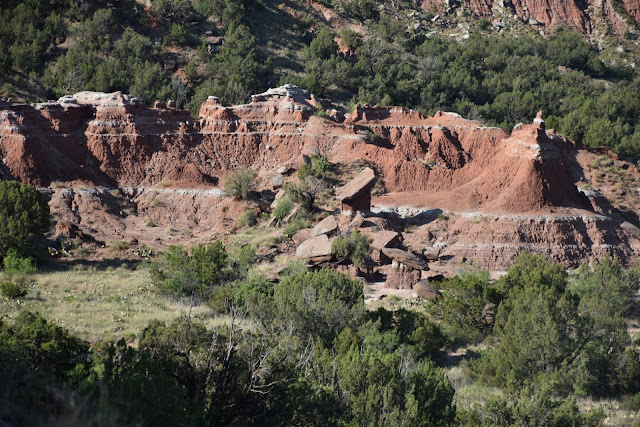 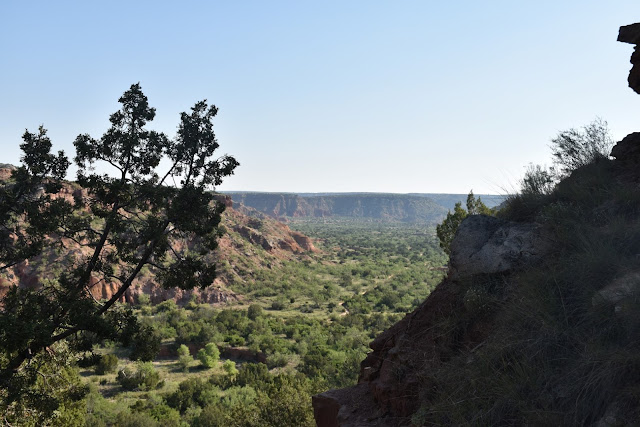 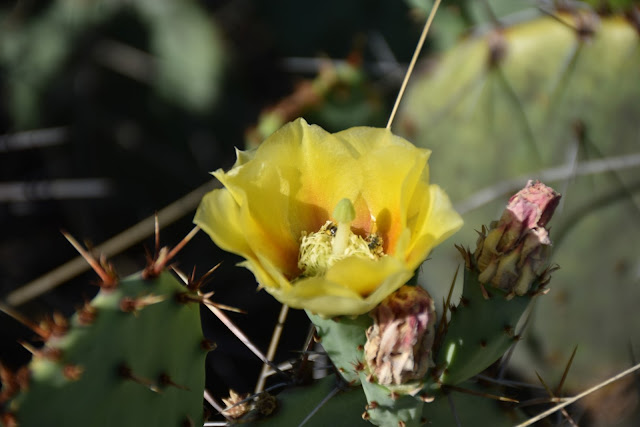