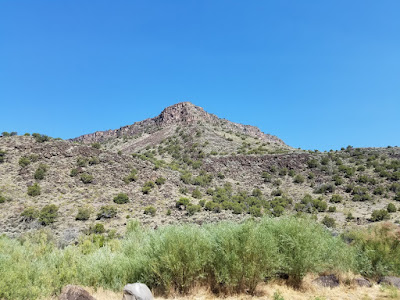 Today were heading out to visit Taos Pueblo.

It is the oldest continually inhabited pueblo.

This is their sacred mountain which towers over the Pueblo like a gaurdian. 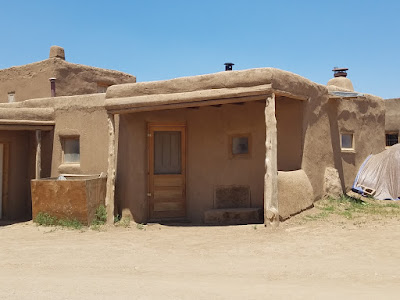 After hitting a little snag of a decent sized detour for a bridge that washed out we made it. 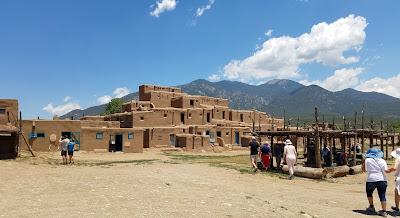 Although traditionally Pueblos has no doors or windows with the only access being from ladders to the roof the modern people all seem to have adopted doors and windows. 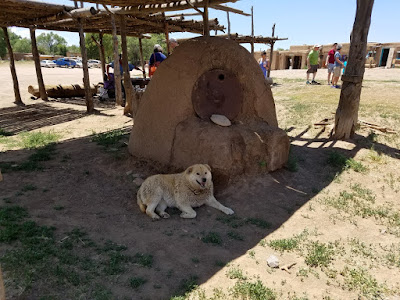 People still live here and only some of the peoples home are open to visit. Many of them are setup as sharps selling traditional artists goods or snacks.

Like pies baked in these outdoor ovens.  I want an oven like this in my backyard for making pizza.

The dog was pretty cool too. 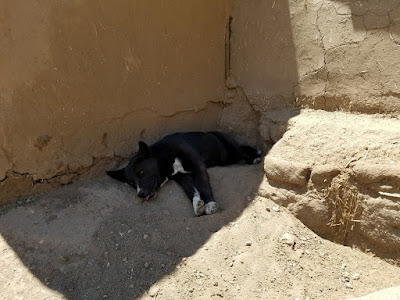 So was this this guy. All the pups were trying to keep out of the sun and the heat. 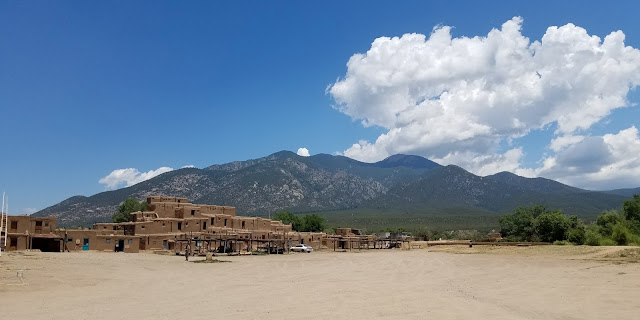 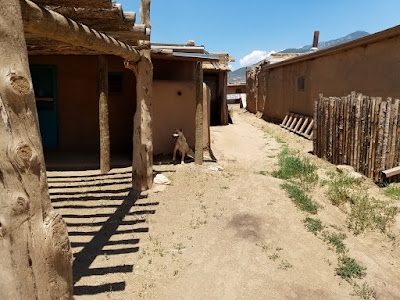 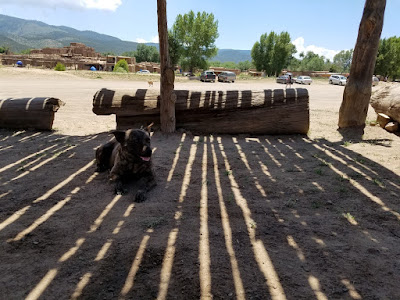 We did of course buy some cherry pies and iced coffees as a little snack before leaving the pueblo.
Posted by Brian Ciemian at 9:20:00 PM