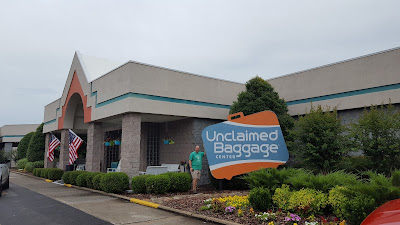 This was just a road stop while driving. Basically they buy up all the unclaimed luggage airlines lose and sell of the stuff.

They are always getting new stuff. Actually they have everything you can think of and a kind of museum of odd items too.

Lots of electronics at pretty decent prices from headphones, kindles, phones and laptops.

They are all charged and working. I kind of need a new phone but they had very few AT&T compatible phones.

If you ever pass it in Alabama it is worth a stop. 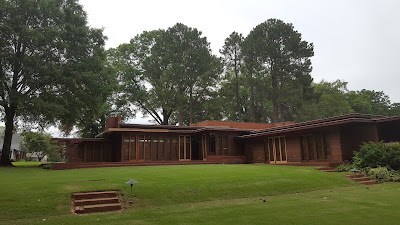 Alabama continues to surprise and we find the Rosenbaum House designed by Frank Lloyd Wright.

We called ahead and asked about tours and they had them so we stopped for a visit. 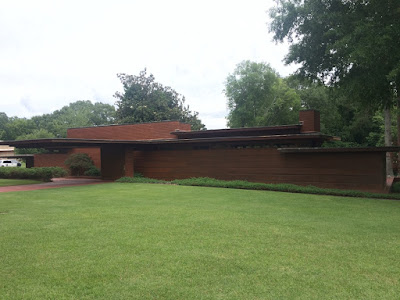 It is of his Usonian Design style which started out as a cheap house for the every-man but this one had been expanded some.

The tour was OK but our guide was a bit of a low talker and focused on some strange details about the house and family it was built for. And home odd things about people stealing during tours in the past. 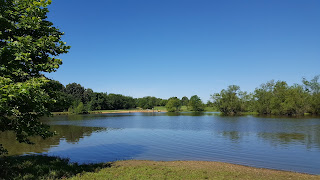 We headed to Memphis TN next with no real reason other than to eat some BBQ.

We are staying at the fairgrounds there which is nice and close to downtown and pretty nice. Nearby is a great dog park with this lake. 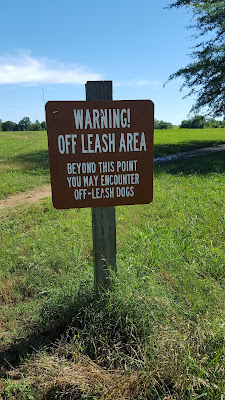 Tucker hasn't had much off-leash time so this was a great find.  It isn't your normal tiny fenced in area dog park, it is a big area kind of like where we run Tucker at home.

There were lots of dogs and the water is good as it is pretty hot here. 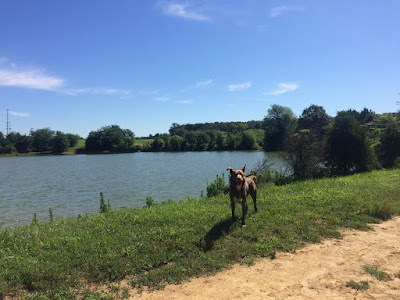 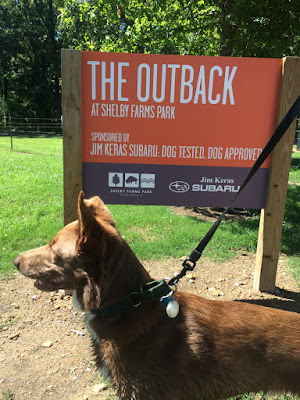 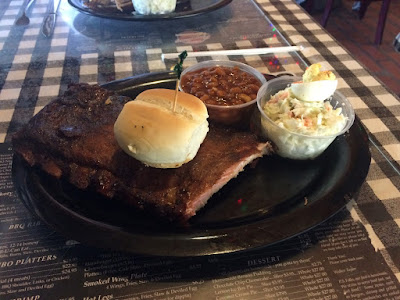 We hit The Commissary in Germantown for our first BBQ lunch and it was great.

Arriving at 11:20 we were able to get parking and get in without too much of a wait.

One other trip to Memphis the wait was too long and we just left. 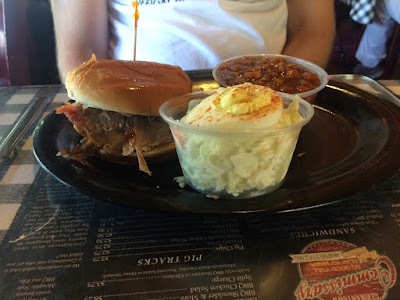 More Commissary food, the cole slaw with deviled egg on top was great! 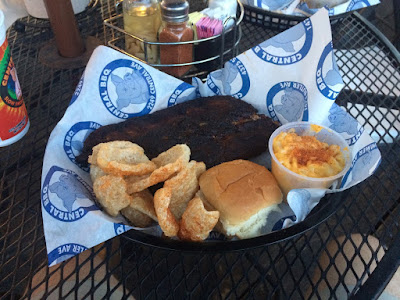 We also hit a happy hour for a beer and then got more BBQ at one of the Central BBQ locations.

It was a nice evening and we ate outside, the food wasn't as good as the Commissary.

I am still searching for the Dry Rub Memphis style ribs I had in the late 90's when I drove out to California. 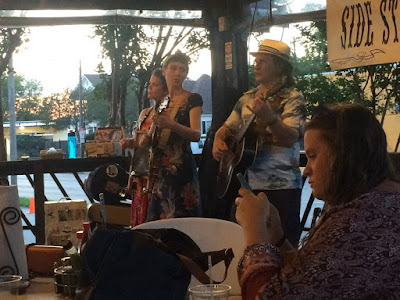 I never found those ribs... I had them at a hotel but they were from a downtown famous BBQ place.... Maybe I'll never find them but I'll keep eating BBQ till I find them.

Central BBQ had some good live music which added to the experience.
Posted by Brian Ciemian at 7:56:00 PM