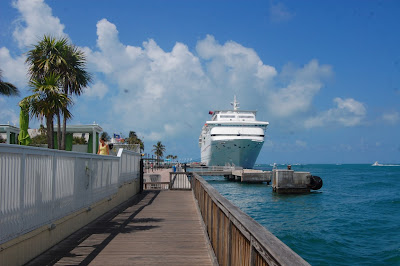 After escaping from the bug infested Everglades we wound our way out the Florida Keys.

We are camping at mile 35 at Bahia Honda State Park which is an enitre key itself.

We spent and entire day in Key West walking around, there was a big cruise ship in town. 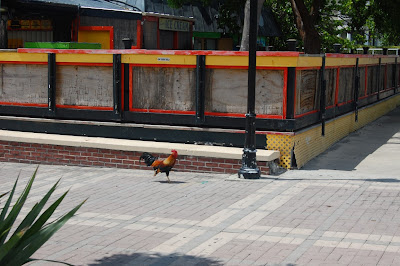 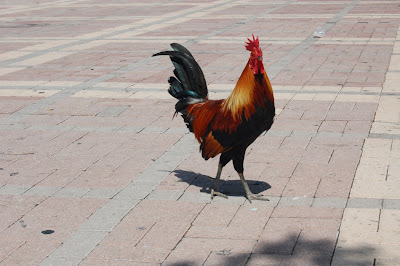 This one followed up a bit and came right next to Will when we sat down for a little rest.

It is a hot day and we've been doing a lot of walking around. 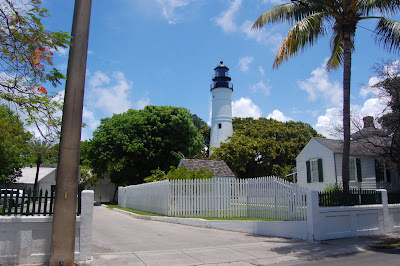 We did a short visit to this lighthouse and the small museum that went along with it. 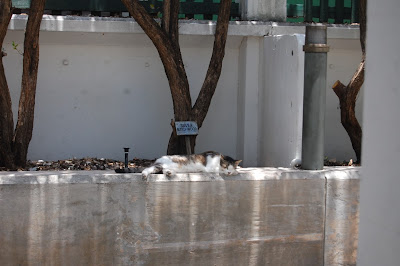 They had a very lazy cat on the grounds too. 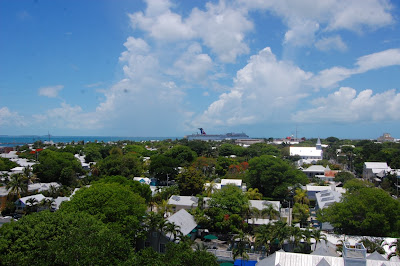 There was a wonderful 360 view from the top of the lighthouse. 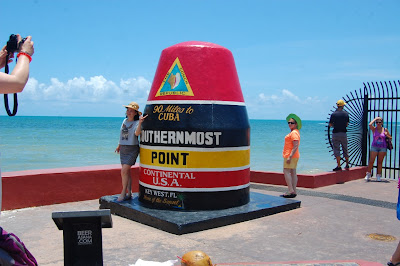 Here are some people at the Southern Most point! We didn't bother waiting in the line to get our own pictures taken. 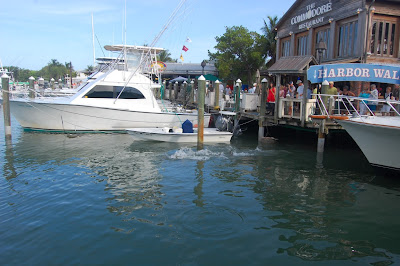 This was kind of interesting, the restuarant there cleans the fish for the evening fresh from the ocean on the dock. The intentionally throw the bits into the water so that Tarpon (a popular fish to try and catch) will come feed.  They are big fish and go nuts for the scraps. 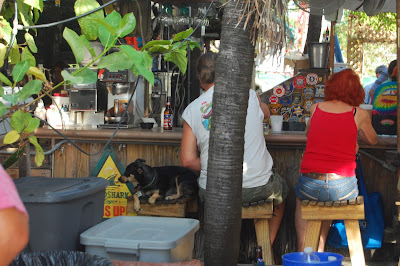 We must have walked miles and miles all over Key West it was time to take load off.  We found a cool little bar/restuarant on a out of the way wharf to have dinner.  They also had a number of 4 legged customers which was cool.

Docked right out front was a ship that we see in Provincetown every summer. They had a craft beer cruise the next night and after that were leaving the Keys to head back to PTown. 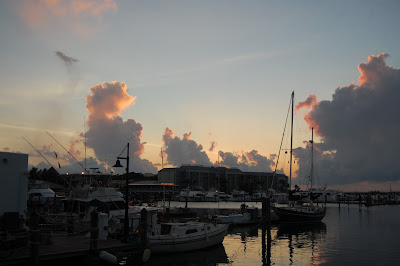 We had a very long and relaxed dinner and enjoyed some live music at the place we were eating.

The woman singing and playing guitar was pretty funny and had a voice deep enough to do both the male and female parts of duets all by herself. 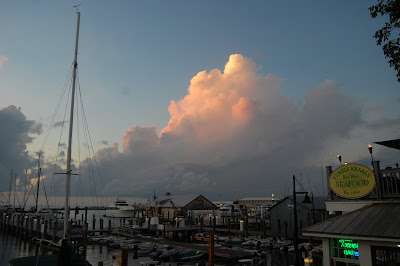