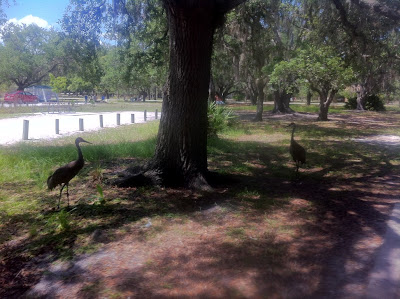 Here we are in the Orlando area. We haven't been down here since we came to see a Shuttle launch years ago.

We found a good county park with camping to stay at. The sites are huge the bathrooms are big and clean and it is really quiet.  Well except for these cranes... sometimes they make the loudest sqauking noise. 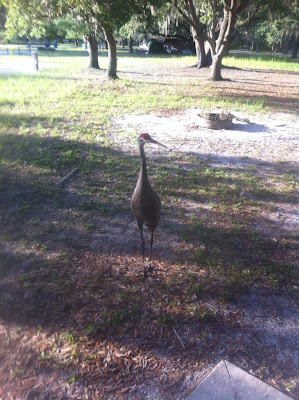 People must feed them because they stalk us and hangout right outside our door waiting.

They are actually pretty cool and we saw some young ones which were even cuter. 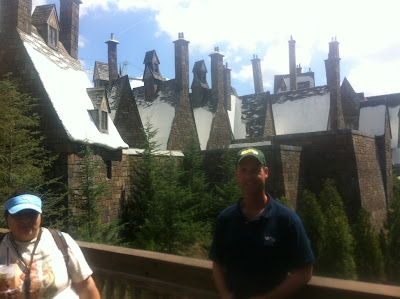 Here is will standing in front of Hogwarts Castle. We hit Universal for a day. I had no idea just how un-godly expensive theme parks have become.

Not to mention they don't want you to come for just a day they want a several day commitment to multiple parks.

After an exhaustive search there is basically no discounts available if you are only going for a day but we spend the money anyway. Easily the most expensive day of the trip by 5x any other day 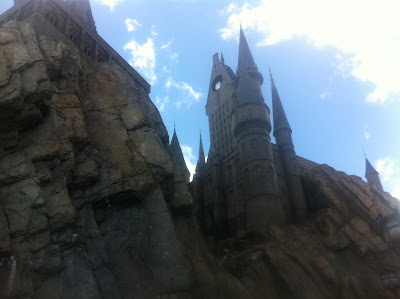 The world of Harry Potter is pretty well done, the main ride is pretty new and had a long line but we did it first and it was pretty cool.

After that we rode the other coaster in Harry Potter land and had lunch at the Three Broomsticks. Including Butterbeer (frozen as it is HOT out). Amazingly the food isn't overpriced at all and was good.

People were lined up to shop for wands and candy in the shops which is crazy when you've paid big $$$$ to get in the park. 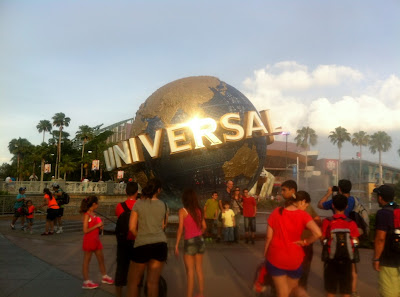 After lunch we learned about the "singles" lines which most rides had and get you on the ride in a few minutes instead of the normal 60-90.  We are here the day after Memorial Day weekend and it isn't that crowded so I can't imagine what the real summer lines are like.

Even doing the single line we usually get to ride together.  We rode a bunch of coasters in Islands of Adventure where HP is and then went over to Universal Studios. 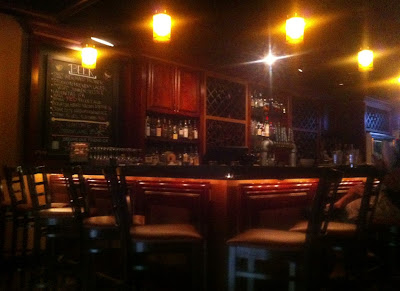 I have no idea other than raping you for money why they split these into two parks.

Some of the Universal Rides need to be shut down and recycled, they are sad and old best example being the "Twister" experience.

But there are also new rides over there too... they just need to cut out the dead weight.

The Simpsons ride was cool. 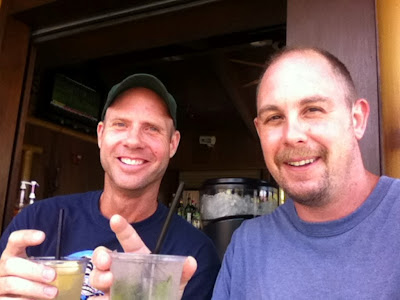 After the park we hit out favorite diner place in Orlando, The Ravenous Pig. We ate there twice last time in Orlando.

The next day we did something I forget and then took the Monorails around the Disney Property. You just have to pay for parking and you can ride it around.

We stopped at the Polyneasian Resort for a drink by the pool and lake. 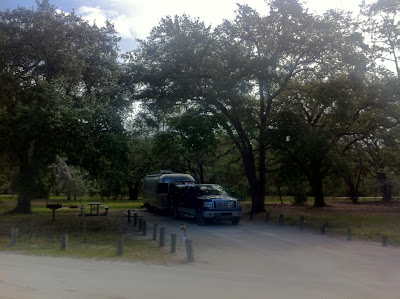 You can see how big out site was at the campgound even if there were other people camping they would have been plenty far away.

Florida overall has had the best camping options of any state we've been to.